By Shipra Singh March 8, 2020
Opinions expressed by Entrepreneur contributors are their own.
You're reading Entrepreneur India, an international franchise of Entrepreneur Media.

Gita Ramanan, 36, is in full charge of managing her family’s finances. From paying bills to budgeting to deciding where to invest for her and her husband’s, Shezan Bhojani’s, shared financial goals, the entrepreneur calls the shots.

“Soon after we got married, I created a joint account and set an amount that both of us have to contribute for the common household expenses and investments,” says the CEO and co-founder of Design Café, an online home interior brand.

Ask her and she says that the traditional belief system around money practiced in her house piqued her to take charge early on. “My mother brought me and my sister up because my father was usually out of country for work. In spite of being a working woman who was also single handedly raising two kids, the major money decisions, like saving, investing or big purchases were taken by my dad,” she recalls. “I found that odd and decided early on that’s not what I would want to do.”

Though commendable, women like Gita are few and far.

Certified financial planner Renu Maheshwari, CEO and principal advisor, Finscholarz Wealth Managers points out that among her clients, the number of women who have started participating in investment decisions is growing, but the numbers are still abysmally small. 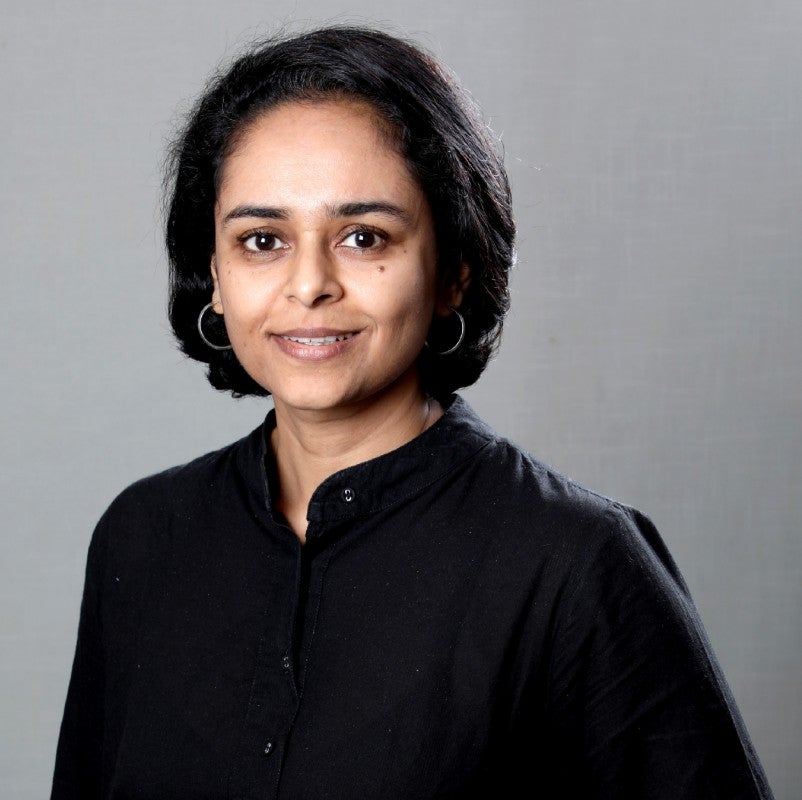 "It is one thing to earn money but another to manage and make it work for your future. Latter makes women truly empowered" - Vidya Bala, co-founder, PrimeInvestor.

“While women are successful and financially independent more than ever, when it comes to money related decision making, they still shy away from it,” says Maheshwaeri.

Just being financially independent is not enough to be truly empowered, say experts.

It is not that they are not interested. “Women are comfortable meeting household budgets and making the rupee stretch,” says financial planner Priya Sunder, Director, Peak Alpha, a financial advisory firm. Bala concurs: “In almost every household woman handles the economics of running a house. Effectively, consciously or sub-consciously they are managing money and doing it quite well.”

“But they are reluctant to engage in investment decisions,” points Sunder. This unwillingness is mainly a result of legacy issues and women’s perception of money management being a complex subject, say experts.

Also, Bala points at a deeper problem. “Women are already multitasking between work and home or within home between taking care of kids and in laws. The additional task of money management sometimes weighs on them,” she says. So outsourcing financial responsibility to men is an easier option.

That said, it is high time personal finances climbed up on top of women’s list of priorities. “What women need to realize is that not knowing enough about money can make you feel very helpless,” says Bala. 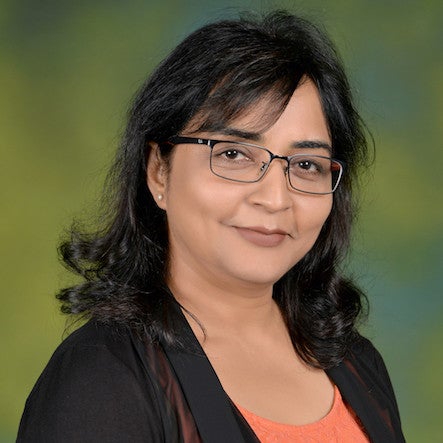 "Nearly 42 per cent of my clients still do not involve their women in financial decisions, in spite of us encouraging them." - Renu Maheshwari, CEO and principal advisor, Finscholarz Wealth Managers.

From basics of budgeting to investing for their retirement, here are five easy steps all women must take to become financial savvy.

Finance is No Rocket Science – Learn

Money management is not a matter of interest but a life hack that everyone must learn, say experts. And it’s no rocket science either. “We have seen women who may be hesitant at first but pick up really fast. It is really a matter of resolve,” says financial educator Mrin Agarwal, founder director of Finsafe.

The idea is to take control and become aware so that you are not left stranded in the case of spouse’s untimely death or a divorce. “It’s not about sitting in front of your laptop everyday and tracking markets or picking stocks. It’s about being aware of how the money is being spent, where is it getting invested, whether there’s an emergency fund in place, et al,” says Bala.

“It is not just important but imperative that women get involved in all financial decisions made in the family,” says Maheshwari. 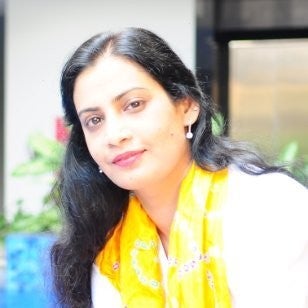 "Women shy away from finance because of legacy issues. While they are comfortable meeting household budgets and making the rupee stretch, they are reluctant to engage in investment decisions." - Priya Sunder, Director, Peak Alpha.

Actively participating in family’s financial decisions, irrespective of your marital status, is a sure shot way to take control of finances. The simple reason being that you learn more and more about the most crucial aspects of personal finance—budgeting, goal-setting, investing for them and insuring against casualties, among other things.

While women must take the initiative, the man in the family—father, husband or brother—should also make the effort of involving the women. “Nearly 42 per cent of my clients still do not involve their women in financial decisions, in spite of us encouraging them,” points Maheshwari.

Take a Step Forward From Saving to Investing

Contrary to the stereotype of women being spendthrift, data shows they are diligent savers. Of the 600+ women respondents of Scripbox’s survey “Own Your Money”, nearly 80 per cent admitted to being disciplined with monthly savings. In fact, over 20 per cent save nearly half of their monthly salary.

Nearly 80% women reported to be disciplined savers, but only 30% invest their savings in market products - Scripbox’s survey “Own Your Money”

But the concerning news is only 30 per cent invest savings in market products, shows the same report. Saving will lose its value over time if it is not invested in suitable instruments.

Experts believe in married couple’s cases the reason for lack of investment on the woman's part is that at most times the wife’s salary goes into household expenses whereas the husband’s salary is used for making investments.

Women should be mindful about setting aside a part of their salary towards investment. At the time of divorce, investments are divided according to the share of each party's contribution to them. In such a case, the woman stands to lose the most if she has only spent her salary on household utilities.

In India, women earn 66 per cent of what men earn for performing the same job, as per data from diversity and inclusion consulting firm Avtar Group. 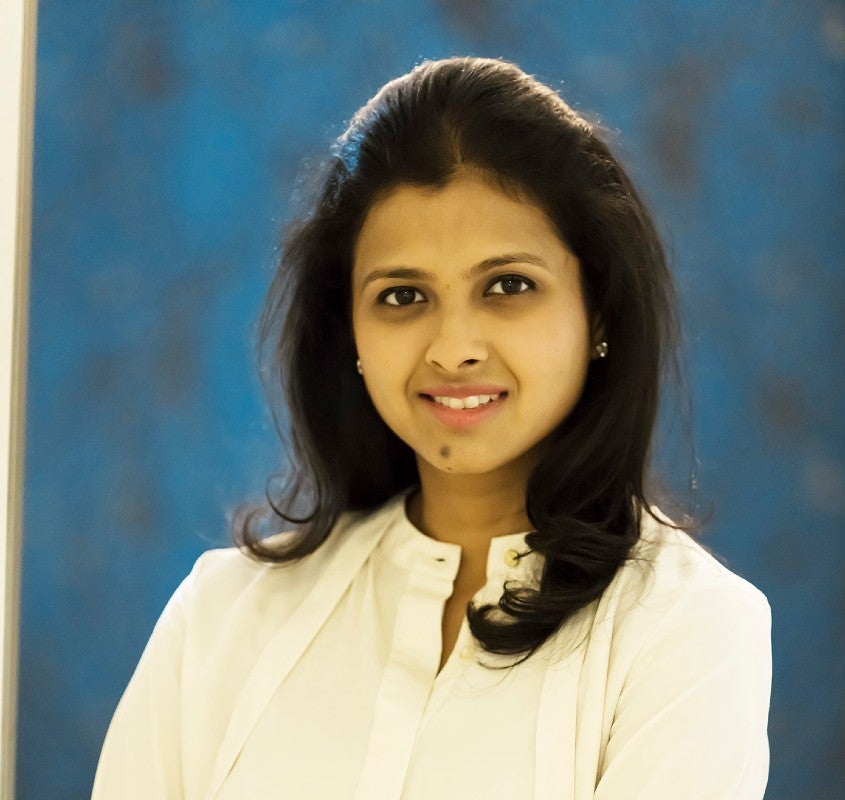 "Women sometimes start off at a lower footing because they don’t negotiate as aggressively as their male counterparts and then it becomes a vicious cycle." - Neha Bagaria, founder and CEO, JobsForHer.

Of the many reasons, one critical reason is that women themselves settle for cheaper salary packages, say experts. “A lot of times women start off at a lower footing because they don’t negotiate as aggressively as their male counterparts would do,” says Neha Bagaria, founder and CEO, JobsForHer.

But what stops them from asking their due? “Owing to how they are brought up, women develop likeability complex. Due to this they give complaisant answers during job interviews and take up whatever is offered to them,” explains Bagaria.

But underplaying your earning potential can hurt your finances in a big way. Combine to it the fact that women are most likely to take career breaks due to family responsibilities, which bring their salaries further down.

“Research shows that when a man is applying for a job, if he matches 60 per cent of the criteria, he thinks he's good enough for that job. A woman doesn’t feel confident even if she matches 80-85 per cent of the criteria,” says Bagaria. It is important that women do their homework before going for an interview, don’t discount their achievements and be confident to ask their due.

It is natural for women to compromise on their needs and goals in order to secure that of their children’s. But, this habit can prove to be costly in the long run, especially during retirement.

“Women in doing so jeopardise their financial safety and might make themselves dependent on their children later in life,” says Sunder. “Children may resent the dependence, which will eventually cause disharmony between the parent and child.” More so because women have longer life expectancy and hence, need much bigger corpus to survive retirement.

Women should provide and protect their own financial goals first.