Careem alumni are poised to play an active role in helping shape the next wave of technology and entrepreneurship growth in the region.

By Zina Ajlouny March 26, 2020
Opinions expressed by Entrepreneur contributors are their own.
You're reading Entrepreneur Middle East, an international franchise of Entrepreneur Media.

I was lucky to join Careem before the hype train hit it- before it had raised more than US$770 million from investors, before it had cemented itself as the MENA region’s first (and to-date, only) unicorn startup valued at more than $1 billion. I joined Careem in September 2016, a time when we were still getting shut down by regulators in multiple countries that didn’t know how to manage such a disruptor.

When my stably employed lawyer father asked me why, after founding a startup, after getting an MBA, and after working at the Boston Consulting Group, I would want to join a what he called a “taxi company,” my answer was always the same. I wanted to join Careem because I loved the people that I had met there. I loved that feeling I got there that I knew I could never explain to him or anyone who didn’t share that same intangible feeling of belonging at a company. 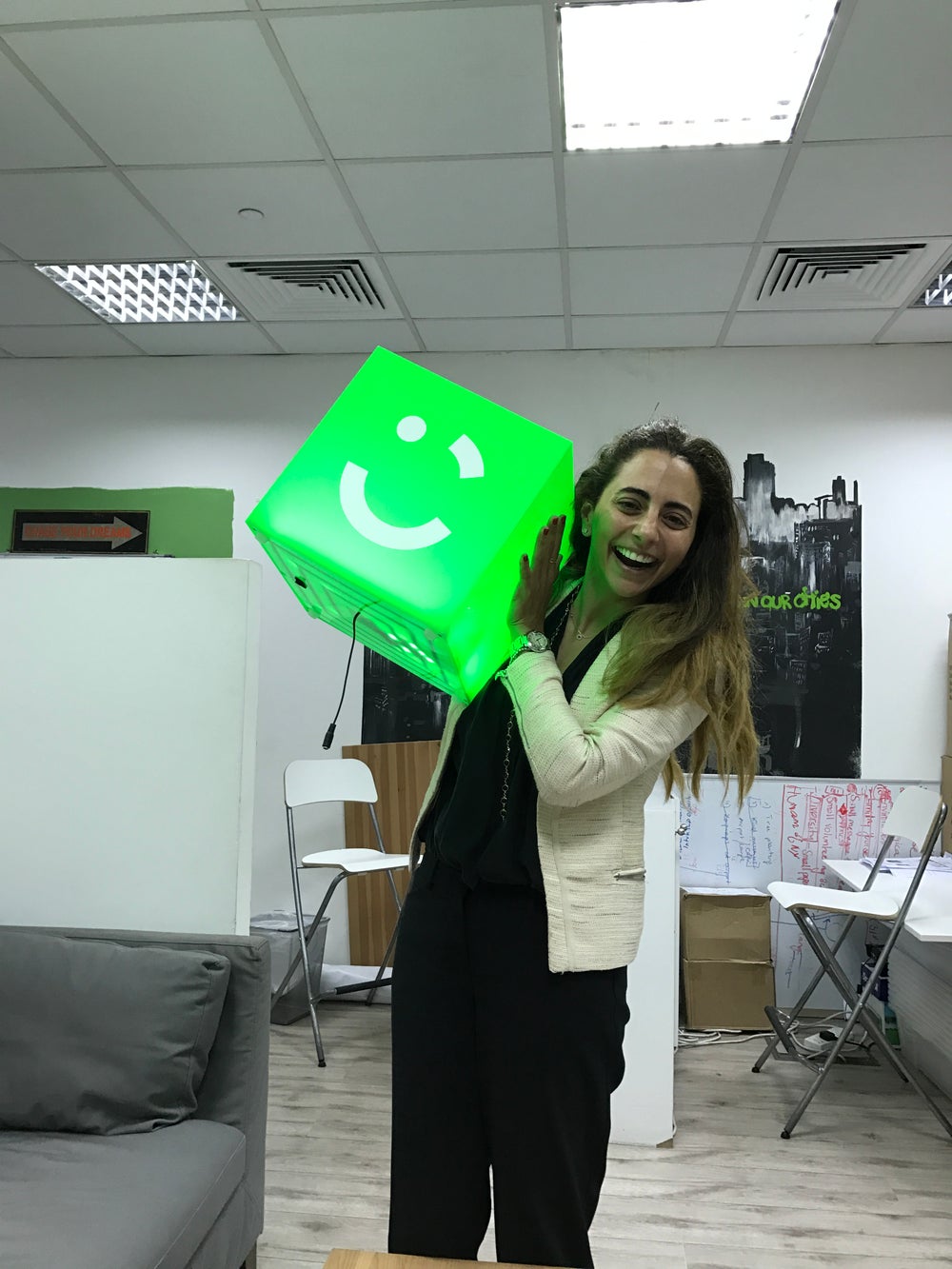 I started to realize that I loved the people at Careem as I went through my final interview with our epic dealmaker, CFO Ankur Shah, in September 2016. Thankfully for me, not one question from Ankur that day was about finance. Almost every question for an hour was centered around culture and fit. For instance: Why did I want to join a startup again? Why didn’t I want to start my own company again? Why was this the right place for me in that moment? Why didn’t I want to move back to Silicon Valley if I was interested in technology? Why Careem?

I knew I had joined the right place when during my first week, I met the co-founder of Careem, Magnus Olsson, and he didn’t ask me once about my work experience. I will never forget it: in our first introductory meeting, he asked me if I knew what my life purpose was, and how working at Careem would fit into my life purpose. That day he also endearingly shared (and continues to share) that if I or anyone else ever felt like working at Careem was not fitting into their life purpose anymore, there would be no hard feelings, and that I and everyone else should find a place that did fit. Magnus calls this “living your true purpose- your calling.”

It was through instances like these at Careem that I knew I had joined the right place. Even if we were getting shut down every once in a while -whether due to our extraordinary growth, or government-imposed restrictions- I knew that we were at least getting shut down with the best people around. Funnily enough, we still get the occasional shutdown threat from regulators, but today, we believe it to be a systematic part of the trend of technology and innovation moving faster than regulators can keep up with. 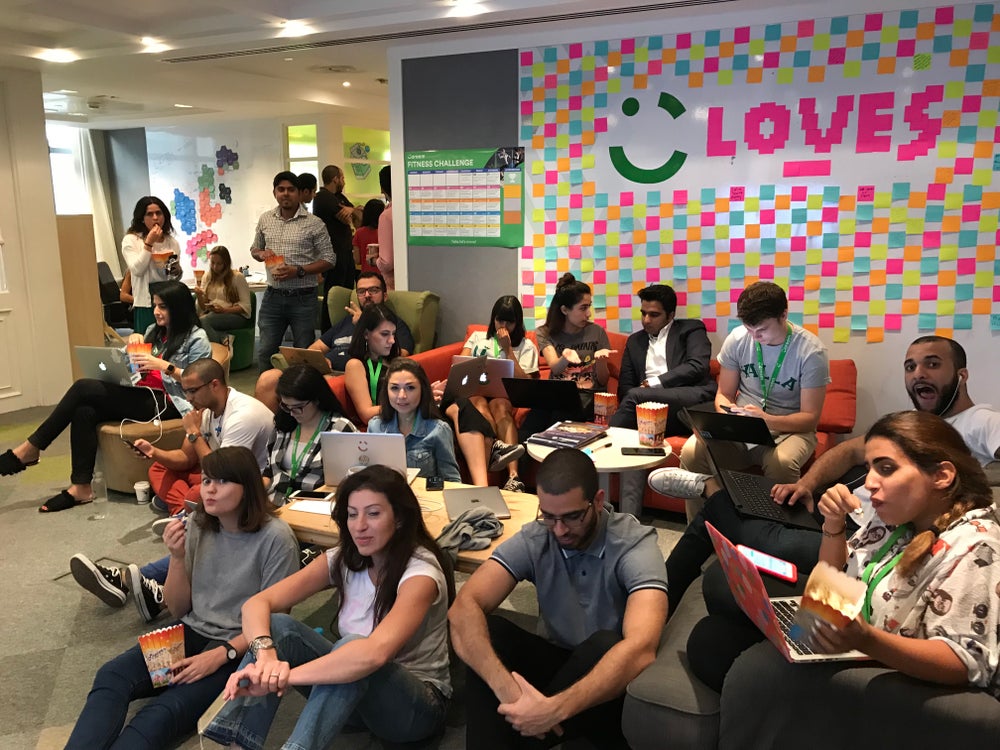 A team meeting at Careem. Image via Zina Ajlouny/Careem.

Well, that was September 2016, and this is March 2020. A lot has changed since those early days. Since then, Careem became the first and only unicorn (though we preferred the word ‘unicamel,’ because we are local like that) exit in the history of the MENA region. Humbly, we became a unicorn three times over- less than seven years after Careem started on the first day of Ramadan in July 2012 (there’s even a nod to the Ramadan Kareem greeting in our name!), Uber acquired Careem in March 2019 for $3.1 billion.

On that day, March 26, 2019, the original two co-founders of Careem, Mudassir Sheikha and Magnus Olsson, went around showing their gratitude to everyone who had made this milestone day possible. That morning, Mudassir humbly thanked everyone from Prime Ministers to Careem colleagues to Captains (which is how Careem calls its drivers) for helping fuel this milestone achievement. There was never ever a feeling of arrogance at Careem, and this was showcased in how the founders took little credit for this acquisition. It was always a feeling of we have done so little– there is so much more left to do. It was always very humbling, no matter what the financial headlines said.

On the day of the acquisition announcement, Mudassir announced the good news in a memo to all colleagues. “This will radically and irreversibly enhance the support and funding opportunities for local entrepreneurs,” he said. “Every ecosystem needs a landmark transaction, and we hope this will be ours.” On that same day, I also shared this on my personal Facebook page: “I’ll be betting on a Careem mafia –a la the PayPal Mafia– to help drive the next set of unicorns in the MENA region.” For the uninitiated, the PayPal Mafia refers to a group of people, who after working at PayPal, went on to further catalyze the startup ecosystem in Silicon Valley. This group includes ex-PayPal’ers like Elon Musk (founder of Tesla and Space X), Peter Thiel (founder of Palantir), Reid Hoffman (founder of LinkedIn), David Sachs (founder of Yammer), Dave McClure (founder of 500 Startups), Steve Chen and Chad Hurley (founders of YouTube). 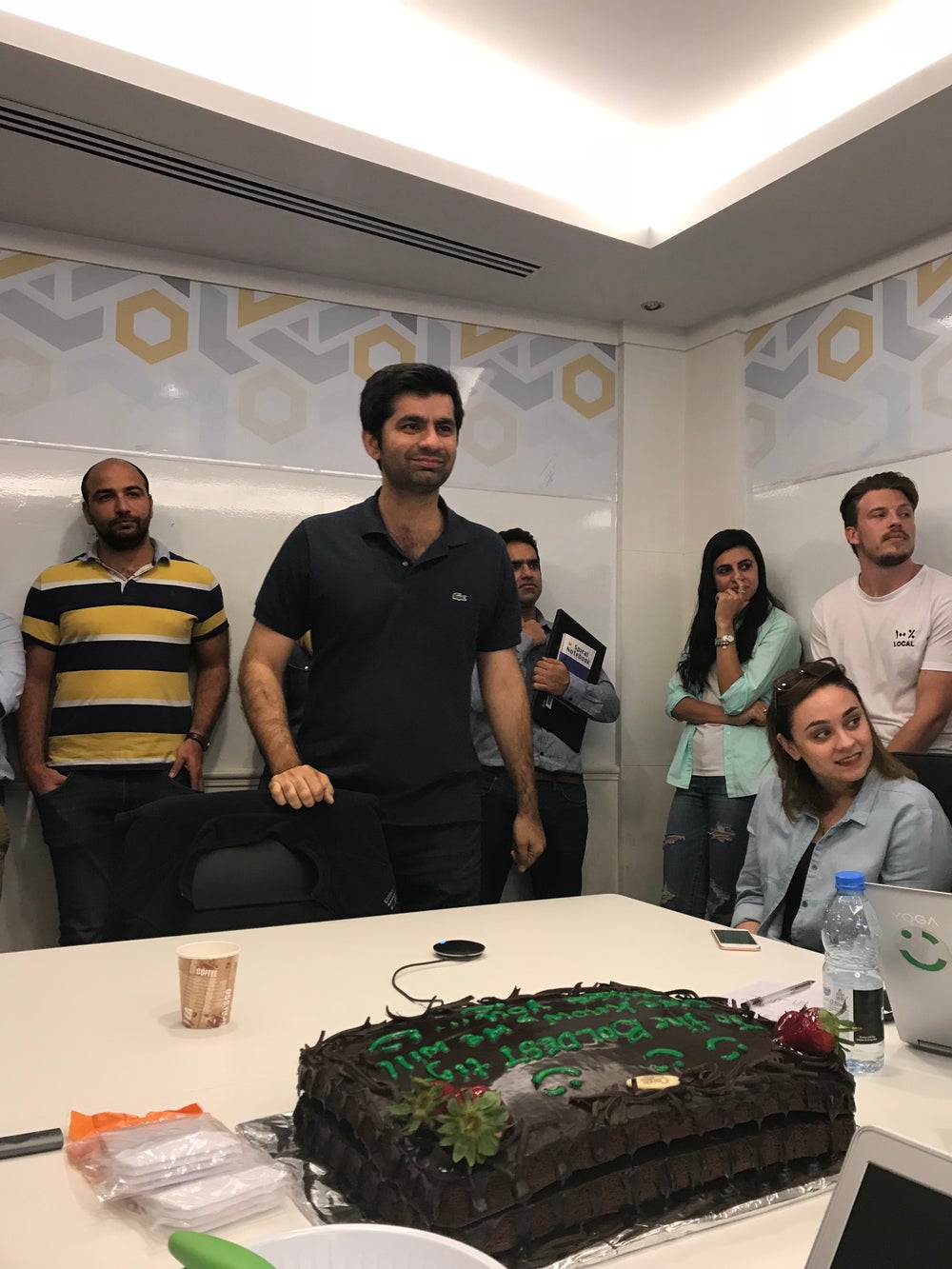 Now, at Careem, we hadn’t coined a name then, but it seems our little mafia is today poised to play an active role in helping shape the next wave of technology and entrepreneurship growth in the region. It seems that Careem alumni are creating their own (legal) mafias or cartels, staying within the startup space in the region, and moving towards catalyzing our region's startup and entrepreneurial ecosystem. And a year after the acquisition, someone (not me!) coined a name for this group too: the Careem Cartel. The Careem Cartel has moved on to major roles within the technology and broader business ecosystem, some as the founders of Careem-adjacent businesses, while others as founders of non-Careem-adjacent businesses, and a few more as key hires at growing startups in the region.

Here is a non-comprehensive list of who and what the Careem Cartel are up to now, as well as their previous roles at Careem:

Whether you like the arguably obnoxious name or not, here’s to cheering the Careem Cartel (and everyone else) who are fueling and following their inner purpose. We’re all in this ride together. Yalla, let’s go!