"Remember that your [glass] ceiling could be just someone else's floor. For you to become the best, don't benchmark yourself with yourself."

By Pamella de Leon
Opinions expressed by Entrepreneur contributors are their own. This article was updated on April 23, 2020
You're reading Entrepreneur Middle East, an international franchise of Entrepreneur Media.

"Most of us think of life as: ‘What do I do for the next 10 years?’ I think, that approach should be, when I’ve left, what have I left? In the end, your wealth is determined by the people you’ve touched.” This is how motivational speaker and best-selling author Jonathan Yabut describes success to me, after he finished off a series of masterclasses at the 12th edition of the Emirates Airline Festival of Literature in Dubai in February. Assertive and articulate, Yabut ran sessions that had him talking on boosting one’s confidence and productivity, as well as about being fueled by hardships and how true grit is needed to succeed in today’s world.

Yabut certainly knows a thing or two about hard work and perseverance- he’s a multi-awarded marketer and HR professional with over 12 years of experience in Southeast Asia. He’s also the author of three best-selling motivational books, From Grit to Great, Fast Forward, and Single, Taken, or Building my Empire, and he has given talks and workshops on leadership, productivity, and managing the millennial workforce in 15 countries.

What propelled Yabut on this path though was him joining and winning Season 1 of The Apprentice Asia, a reality TV show that showcased young businesspeople competing for a six-figure salary role, beating more than 30,000 applicants in Asia. For winning the show, he served as Chief of Staff of AirAsia for one year, directly reporting under its Group CEO Tony Fernandes. Subsequently, Yabut started and launched his own marketing consultancy firm, The JY Consultancy & Ventures, which offers marketing and talent optimization services to startups and Fortune 500 companies in Asia. 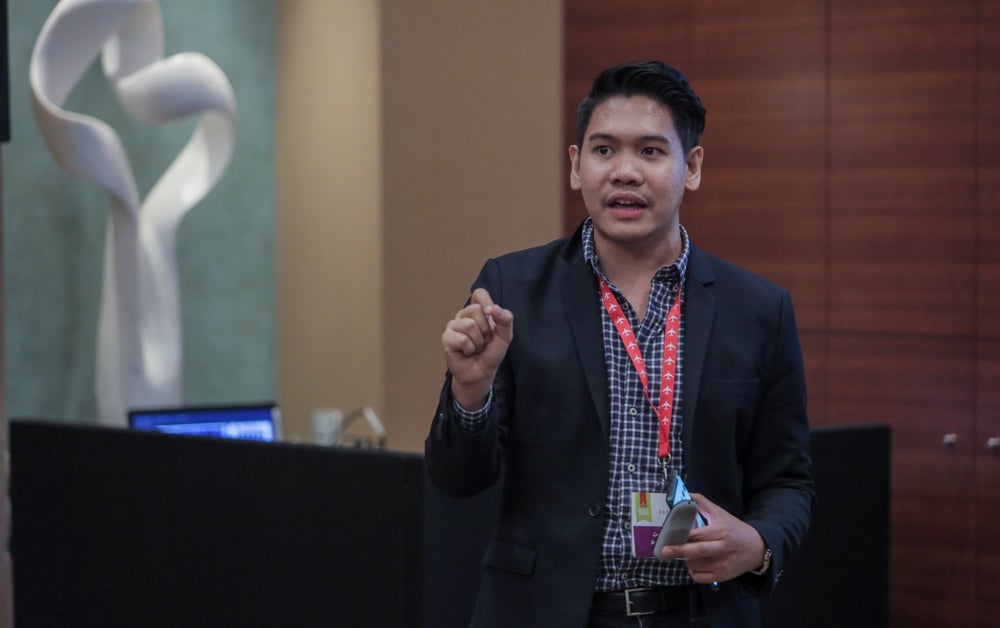 His entrepreneurial pursuits notwithstanding, Yabut says that his ultimate goal, regardless of how his career trajectory develops, is to enter politics in the Philippines. “I want to be become the President of the Philippines,” Yabut declares, with his planned roadmap for this role having him run for the country’s senate twice, then become the Secretary of Transportation and Tourism, before putting his hat in the ring for the esteemed role.

“I want to have a position, because I want to help further the Philippines,” Yabut says. “They [government roles] are the most visible, and they make the most impact to a Filipino. Transportation is so important, [while] tourism is both marketing and economics. You create a better image for Philippines, you drive investments. You drive investments, you drive jobs, the quality of life increases- and the invisible hand works better.”

Related: Untapped Potential: Why Gulf Investors Should Consider The Philippines As An Investment Destination

Yabut’s dream to join the political sphere and create systemic change in the Philippines is a result of how his own life has played out so far. Born in Tondo, one of Manila’s largest slums, Yabut remembers how he finished his studies purely on scholarships. “I know how both sides of life work, and I know the science behind people who have it, but need that extra nudge, because the opportunity just doesn’t happen to be there,” Yabut says.

“I’ve been that guy. I know I had the grit. I had parents who pushed me so hard. But if it weren’t for the scholarships, I think things would be different. The same thing happens for anyone out there. You might be the best employee, but if you can’t ride the train on time, it destroys your motivation. If you provide and enable them to get things done and let them do the rest, it’s how a modern progressive society [can] work.”

Yabut’s political ambitions have had a role to play in Yabut’s move into entrepreneurship as well- climbing the corporate ladder might have slowed him down in terms of how quickly he can realize his goals. As such, Yabut used his winnings from The Apprentice Asia to launch his marketing consultancy firm. “When you enter politics, you should be financially stable, so that you don’t get corrupted. That is the ultimate objective I want, I want to be that politician: the Alexandria Ocasio-Cortez model, driven and funded by the people, and therefore you don’t owe anyone your success.” 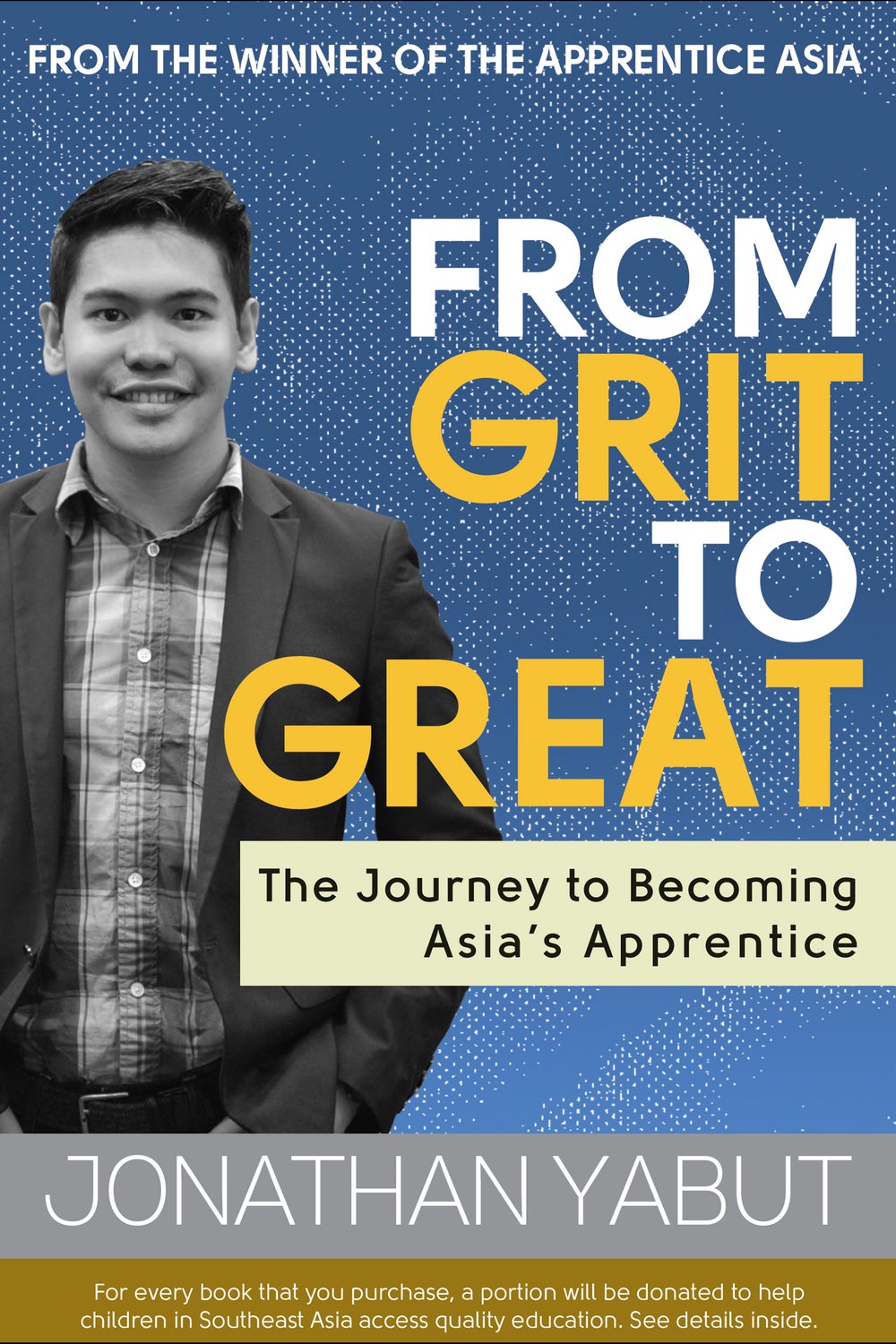 As a way to sow the seeds to his prospective presidential campaign, Yabut explicitly states this intention in his books, and his stints as a motivational and marketing speaker in a wide variety of sectors with companies such as Google, Accenture, Unilever, and more helps further this goal as well. “I chose this specific business because it still puts my name out there. The talks allow me to reach the audience as early as now, planting the seeds so that when I start running in the government, everyone recalls my name. The majority of our clients are private companies, and a lot of [their employees] are the young ones who will eventually be the voters.”

Setting his political ambitions aside, as someone who understands what it means to persevere and realize one’s goals, and further makes it his job to help others do just that, I ask about his thoughts on how one can go about sustaining motivation. Yabut replies that it starts with the mindset of understanding that motivation isn’t permanent, and that its sources will not stay the same. “When you have an open mind, believing that motivation changes from time to time, you don’t get stuck the moment you’ve lost it,” he explains. “It’s not lost, it’s because you have to find a new one… Most people feel like they’re demotivated, because they feel that they’ve lost it. Instead, you simply need to change it, because your life has changed.” 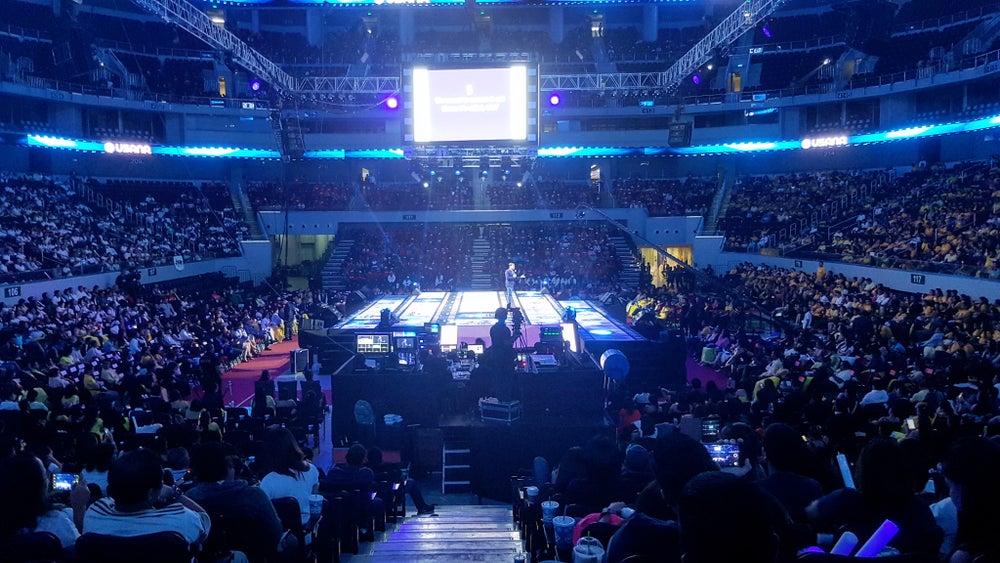 He also advises not to rely on only one source of your motivation. “Don’t place [your] motivation in one basket. Spread your eggs, just like investments in many places.” When it comes to Yabut motivating others, his goal is pretty simple: his audience should believe they can always be a better version of who they are. “Remember that your [glass] ceiling could be just someone else’s floor. For you to become the best, don’t benchmark yourself with yourself. Because if you were born with low standards, you will keep on comparing with low standards. Determine who’s the best, and benchmark yourself versus that.”

My conversation with Yabut ends with him sharing the hard lessons he’s learnt along his life and career so far. The first, is on managing expectations, which he learnt early on, after being tasked with a project on a three-month deadline. It turned out to be a six-month long concept, yet his pride kept him from speaking up until the last minute. “Communicate immediately. As millennials, I think we are scared of the failure, so we say, ‘I won’t speak up since I can still handle it.’ But sometimes, asking for help is more important, because the cost of not raising it is going to be less than the cost of regretting irreversible mistakes.” 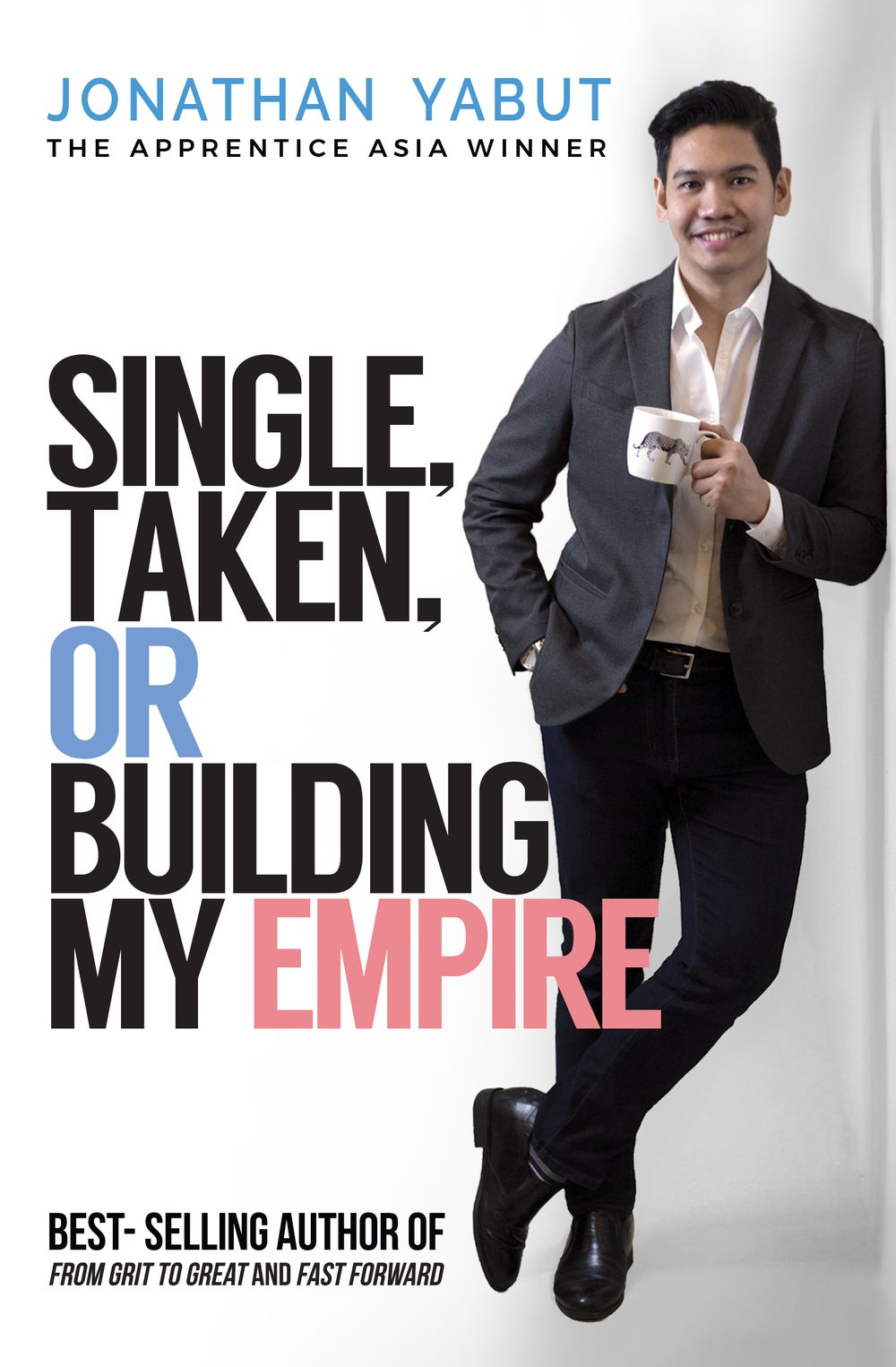 Yabut also notes that perspective is important- it’s important for one to have the ability to look beyond one’s own point of view to consider another person’s standpoint. Cultivating this skill will enable you to convince a team member to get a job done by considering their personal motivations. “Sometimes you have to ask the person what motivates them at work, and when you know that this is the reason why they go to work every morning, use that as a fuel, and the person moves better.”

He also believes in the significance of working on what he calls one’s individual “packaging.” “We buy items in the grocery stores based on how they look like, and so your choice of words matters,” Yabut explains. “The skill or ability to choose your words according to who your audience is can propel you to success. And sometimes, people promote others not just based on how good they are, but based on how good they are when it comes to communication skills. It’s not about how you’re smart, but how you convey the story.”

Related: How To Stay Motivated (Even When You Really Don't Want To)

A Simple Truth: If You Don't Back Yourself, No One Else Will

4 Ways to Better Connect With Your Audience