Taking The Right Steps Forward (As A Business Ecosystem)

"During these unprecedented times, it's a question of whether organizations will be humanizing and supporting each other, rather than seeing it as an opportunity to capitalize on the misfortune of others."

By Aby Sam Thomas May 10, 2020
Opinions expressed by Entrepreneur contributors are their own.
You're reading Entrepreneur Middle East, an international franchise of Entrepreneur Media.

I usually use this space for my editor’s note, but this time, I’ve decided to put together my ruminations on an ongoing issue in the UAE business ecosystem- after all, the current roiling marketplace has got us all thinking.

It was in late March when I got introduced to entrepreneur Sheikha Al Mheiri, founder of Make A Difference (MAD) Investments- it’s a hospitality venture based in the UAE that is behind concepts like Society Café & Lounge and Toplum in Dubai. At the time, the pandemic had made its impact severely felt in the country, with the government-imposed complete lockdown adversely affecting our lives and our businesses. And this was especially evident for those working in the country’s F&B sector.

Restaurants weren’t allowed to operate, so the sole source of revenue stemmed from delivery orders made by people like you and me, who, more often than not, used food delivery aggregator apps like Talabat, Deliveroo, Zomato, and others of their ilk, to choose where we got some (or all) of our meals from on a day-to-day basis. The online delivery companies work on a commission-based model, with their fees reportedly going up to 35% per order. This was sort of accepted as a norm in the days prior to the COVID-19 crisis, but Al Mheiri believed that the current dynamics of the world did not justify such rates anymore. After all, even as these apps were enjoying a surge in demand and popularity in the UAE, the country’s restaurants were struggling to survive on a delivery-only business model.

That is why Al Mheiri, along with some of her peers in the country’s F&B sector, launched the CAP@10 campaign, which was essentially a plea to delivery aggregators to cap their commissions at 10% for the duration of this crisis. “This initiative of CAP@10 is neither a permanent campaign, nor an absurd attempt to break the bank for these delivery aggregators,” Al Mheiri wrote, in a piece for Entrepreneur.com. “In essence, what they give up in reduced commission, they are sure to make it up through a heightened demand for their services. Looking at it from a different angle, it’s a basic call for these entities to be socially responsible, and to take their fair share in supporting the F&B industry period in these unpredictable and hard times.” 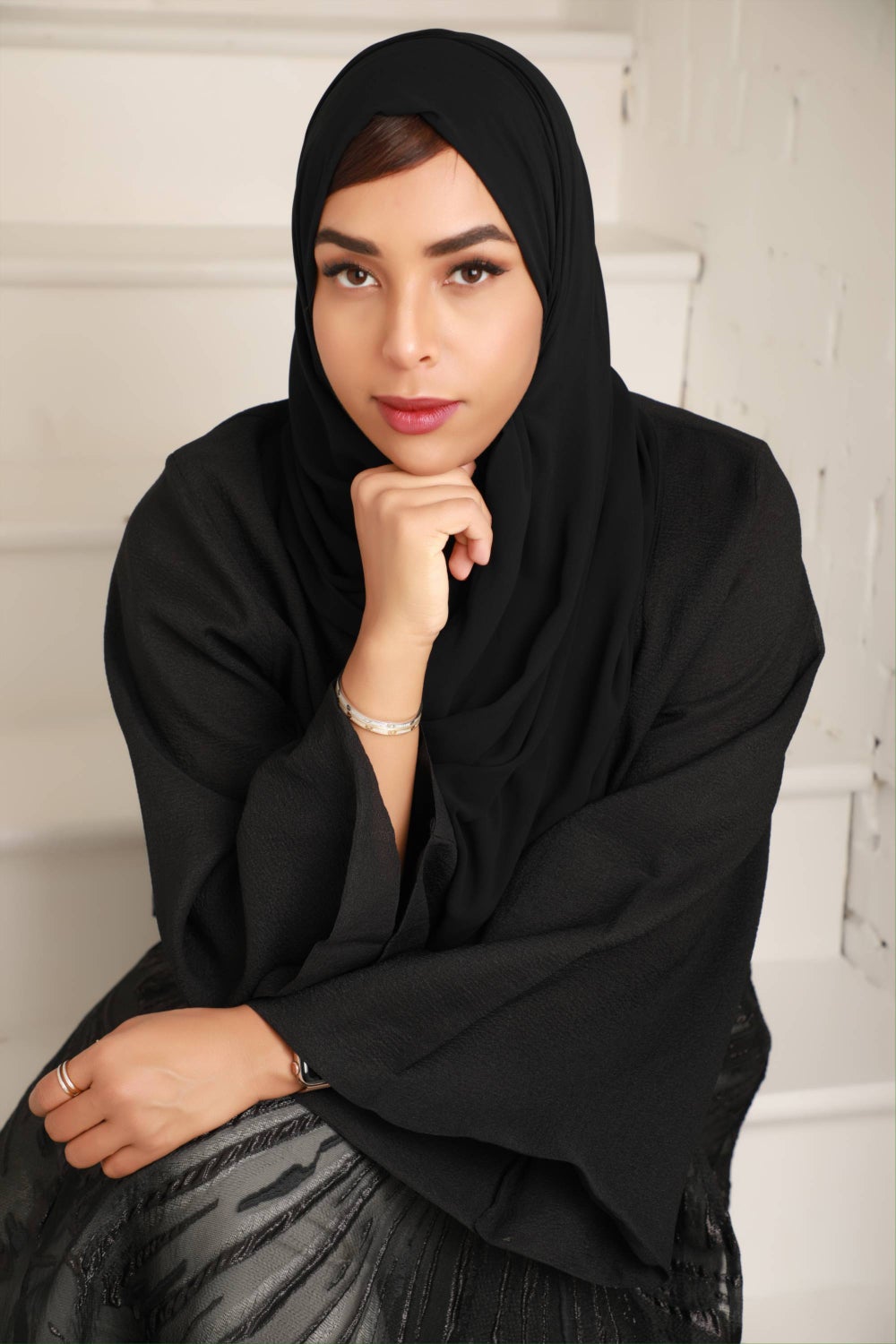 Al Mheiri’s call found itself echoed by several other operators in the UAE’s F&B domain, but the response from delivery aggregators was largely in the negative. Talabat and Zomato (both are owned by the same company) said that they couldn’t cut commissions -even on a temporary basis- as that would compromise their own survival as businesses. After all, they have to take care of expenses of their own, be in terms of employee salaries or infrastructure costs, and, as Talabat CEO Tomaso Rodriguez said in a report on The National, “asking businesses to voluntarily decrease their revenues by over 60% in support of other businesses in that supply chain does not make business sense; it simply shifts the problem to a different part of the supply chain.”

Now, as much as I sympathize with restaurant owners like Al Mheiri, there is definitely truth to what Rodriguez has stated: delivery aggregators are businesses too. And as much as it might be easy to portray apps like them as villains in the current business landscape, they were never here to be the saviors of the F&B sector, and as such, one cannot fault them for their efforts to make money. And, to be fair to them, I’ve had off-the-record conversations about how delivery aggregators have, in their own way, supported F&B businesses through this crisis- indeed, Aegis Hospitality founder Samer Hamadeh declared on a Twitter thread that “Deliveroo actually saved us through the shutdown.” So, when one takes into consideration all of these different factors, it’s hard to paint this whole situation with a broad brush, and I’ve personally found it difficult to side with one party over the other.

Having said that, we're all businesses acting within a larger ecosystem, and as such, an “every man for himself” mentality is certainly not going to work out for any of us. Yes, times are tough, and yes, each one of us can point to someone else who we think should be doing more to bolster the business landscape- but have we ourselves exhausted every option in our arsenal to do just that? If you can answer “yes” to that, then, great, more power to you, let’s just wait for time to be the judge of your actions in the long run, and my only request to you would be to make sure you communicate all of what you are doing to your counterparts in the ecosystem. However, if the aforementioned is something you cannot confidently attest to, then I’d suggest working on making sure you have put yourself on the right side of history when this period is recounted in the future.

And this is the sentiment I felt from Al Mheiri when I touched base with her recently to hear her thoughts on the statements made by delivery aggregators. “As with all businesses, no one has had the privilege of a warning notice of the COVID-19 pandemic and its resulting impact on revenues,” Al Mheiri told me via e-mail. “During these unprecedented times, it’s a question of whether organizations will be humanizing and supporting each other, rather than seeing it as an opportunity to capitalize on the misfortune of others. As a delivery aggregator, you have a choice to decide how you want to come out of this pandemic at the end- socially responsible, or marginalized and outdated… I understand and appreciate that delivery aggregators have costs like any other business, but during the current time, they cannot have usual business strategies and maintain the same margins, while other industry players (restaurants) fight for survival.”

“There has to be a better balance between aggregators and brick-and-mortar operators,” Al Mheiri continued. “In the current scenario, their platform is the main source of income to the operator, instead of being an added source. I believe the model between aggregators and operators should be reviewed and readjusted, where aggregators supplement revenue generation of outlets, rather than compete with them on their revenue. As the main lifeline for many F&B businesses, they need to level their advantage to serve the community and ecosystem they operate in. Be open to change and adaptation like all other businesses. Come down from the position of monopoly, and share the impact, rather than play the upper hand. Eventually, disruption is imminent, and F&B outlets will definitely unite with supportive stakeholders, who will ensure the delivery aggregator business model becomes quickly extinct.”

I had stated last month that over the course of the coronavirus pandemic, as professionals in the business domain, all of us need to remember that our behaviors today will have ramifications tomorrow, and if Al Mheiri’s words are any indication, then I believe that remains a critical thing to keep in mind as we move into the next stage of this crisis, regardless of whether we work in the F&B domain or not. I also welcome the business community to get in touch with me to discuss this. Send me an email; I want to hear your opinions. Sure, the road ahead remains unclear, but I want to make sure that we are all at least taking the right steps forward- that, in effect, is what is going to keep us going, no matter what.

Related: It's Time We Support Our Communities Through Conscious Consumerism And Wise Investment

I Stopped Saying This Word, and It Changed Everything

Doing Your Fair Share: Why Leaders Need To Know The Difference Between Delegation And Abdication