By Tamara Pupic September 17, 2020
Opinions expressed by Entrepreneur contributors are their own.
You're reading Entrepreneur Middle East, an international franchise of Entrepreneur Media.

These days, Marcel Muenster, founder of The Gritti Fund, is getting ready to assess what MENA startup founders are made of by testing their mettle- in a very literal sense.

The Gritti Fund, the world’s first investment fund focused on the founder’s mental and physical performance, has been soliciting applications for its #PitchUpInTheSky initiative (deadline for entries is September 24, you can apply here) for a chance to win a US$10,000 investment as well as mentorship for a year, in addition to a number of services and perks from enterprises like Lark Suite and Microsoft For Startups. Held as a partnership with Tik Tok, the competition will see the shortlisted finalists deliver their startup pitches as they rapidly ascend in an aircraft for a skydive in what is expected to be the most live-streamed startup pitch event in history.

Now, some of you must be wondering where the idea of delivering a startup pitch before jumping out of a plane has come from, and it stems from a story that is not part of Muenster’s official biography but, as you will see, that tale may well be the driver of a lot of what he has ended up doing in his life and career.  “In 2006, as a medical student, I applied for a job at a German company offering on time delivery of bone marrow for leukemia patients, although I had a significant fear of flying,” Muenster says. “The only reason why I even applied for this job was because I realized that the delivery itself, meaning saving a human life, was a way more important than my own fear. I wouldn’t be who I am today without this experience. It was the first example of me overcoming fear in my whole life, and it was one of those moments that become a tipping point when something fundamentally changes in the way you see and pursue life. Without that experience as a student, I wouldn’t have been as worldly and as educated as I am today.”

Prior to founding the Gritti Fund, Muenster started up Doctor in Your Pocket, a global digital medical concierge service. But his entrepreneurial journey came after a career as a healthcare management consultant, following his training as a medical doctor and public health expert at Johns Hopkins, a reputed non-profit academic medical center in Baltimore, Maryland, known for setting healthcare standards in patient care, research, and education. Muenster’s change in his career path is something that will seem familiar to many in the startup sphere, and while the reasons behind such decisions may seem different on the surface, it often all comes down to being or not being able to make an impact one has dreamt of in younger years. “I love medicine for so many reasons, but what led to my decision of not pursuing medicine as a day-to-day profession was that I felt that my impact would be much bigger by supporting the system from the outside, rather than being stuck inside the system at a micro level,” Muenster explains, noting that it was the culture of competitiveness that drove him away from this field. “The medical profession is an individual sport, not a team sport,” he says. “It might appear as such, but in my opinion, it is not, simply because when you have certain career goals in that profession, you need to build a reputation over a very long period of time, and in most cases, that leads to a very cutthroat competitive behavior. Often times, it is more about ‘What’s in it for me?’ rather than ‘What’s in it for us?’”

Having said that, Muenster admits that the journey from being a Johns Hopkins-trained medical doctor to becoming the founder of Doctor in Your Pocket was a lesson in humility. “I was in this golden age of John Hopkins-trained doctors where we were taught that we were the best in the world, and it sort of gets to your mind,” he adds. “So, when I became an entrepreneur, all of a sudden, there was not much left from ‘the best.’ It was a very humbling experience. My approach has changed, which does not mean that today I simply listen to everyone, but that I am very humble in the sense that I really learn every day. What keeps me moving forward and achieving my goals is being humble and being curious. Entering entrepreneurship for making money is, in my opinion, the wrong incentive, so the right one is [about] being humble, being curious, and caring about what you do.” 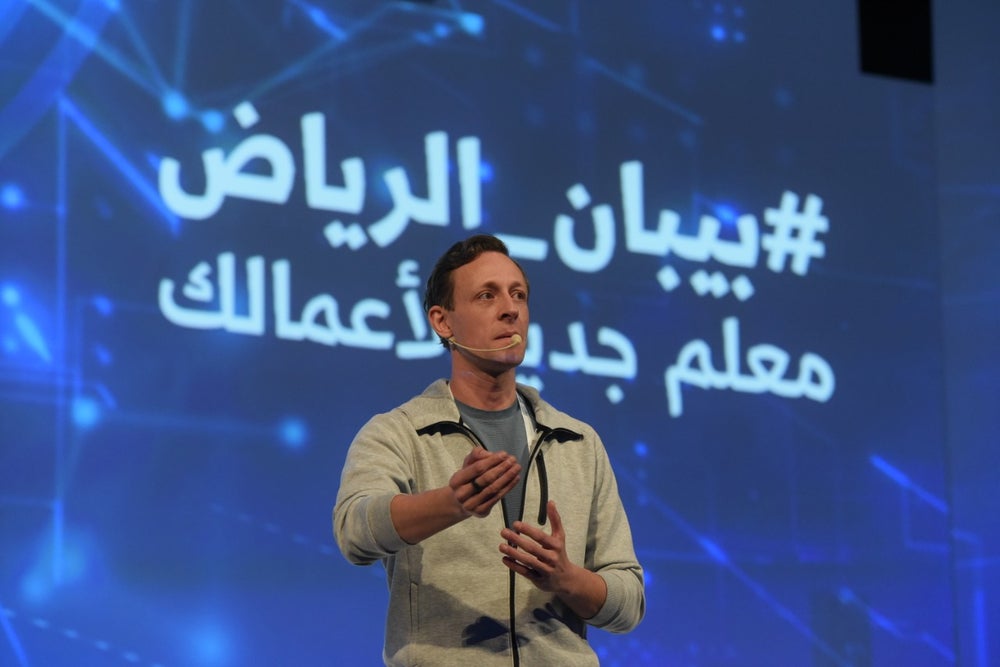 However, starting up a digital company out of Boston in 2012 was not smooth sailing also for so many other reasons, Muenster explains. “Once we launched our website, and once we got our first investors onboard, we started thinking about the market in which we could to test our product, so I went on a trip around the world, because I knew back then that I wouldn’t achieve anything unless I understood what it would take to sell that company, that product, to the market,” he says. “Then, I figured that being a medical doctor is one thing, but being a medical doctor and trying to convince other medical doctors to join your platform was a completely different ballgame. That was when I learnt one of my toughest and most enduring lessons of how actually to become a salesperson.” Another big lesson for Muenster was mastering the fine art of saying both ‘yes’ and ‘no’ at the right time, and for the right reasons. “Developing this filter system really gives you a unique ability to follow your gut in order to pursue a path that you think is most likely to succeed,” he says. “The reason is that, in entrepreneurship, you are dealing with probabilities. If it were about certainty, everyone would get rich, and everyone would build companies, but it’s really about probabilities.”

As a startup founder, Muenster’s commitment and dedication led to the Digital Health Forum naming Doctor In Your Pocket the “Hottest Digital Health Startup” in 2014, as well as the startup winning the Web in Travel Middle East startup showcase. In 2015, Muenster was named a finalist for Ernst & Young’s Entrepreneur of the Year Award. It was around that time that Muenster began to realize the extent to which the personal and professional lives of an entrepreneur can get intertwined, in the sense that challenging circumstances in one’s personal life can lead to less favorable professional outcomes and vice-versa. “Before becoming an entrepreneur, I was a professional athlete [Muenster was part of the German Olympic training center as a middle-distance runner], and even though I had the mindset of discipline and performance, I got so sidetracked and derailed a bit, because I got so overwhelmed with what was happening that I couldn’t necessarily see clearly anymore,” Muenster recalls. “That is when the whole idea of human performance as an underlying driver for the success of businesses came about. Now, I can see very clearly, and my list of priorities is that my health comes first, and everything else after it.”

Today, one of the main taglines of his early-stage fund is helping startup founders to own their potential. The ultimate goal of the Gritti Fund is to enhance the success rate of startups that fail due to founder burnout (65%), and therefore change the global investment paradigm for early-stage investments. “I cannot singlehandedly change the mindset of the global investment space, but what I can do with a small blueprint of what we are doing, which is small in size but big in vision, is to use the data that we are collecting and the research that we are doing as part of the fund and to try to prove that the well-being of founders makes a huge difference on the performance of the business,” Muenster says. As of today, the fund focuses primarily on healthcare investments in the Middle East and Africa. It has less than $10 million under management, but due to investing at earlier stages -with tickets ranging from $25,000 to $50,000-  it aims to reach and influence a larger number of startup founders to prove that putting their health first leads to a better performances.

Is it a premise that would gain support from investors worldwide? “My goal now is to identify those investors who care about the topic deeply enough to actually support it,” Muester says. “I have been putting so much effort in building a research team behind our approach, because of a very specific reason. Everything that we do needs to be data-driven. What is measurable is manageable, and what is manageable gets done. So, if I were just to go out and talk about this, I wouldn’t get very far, but the fact that we are building actual evidence of this [how the state of the founder’s well-being affects business outcomes], will make a difference in the future. So, the combination of having the analytics and data in place to prove a point around the well-being of founders and related business outcomes is what, I think, that the investment community will eventually understand: numbers.”

Muenster points out that he has already found support for his endeavor- the current limited partners to the Gritti Fund include former Fortune 100 CEOs from Becton Dickinson and other accomplished entrepreneurs. “The topic of mental health has reached the peak of perception unlike any time before. It’s a global pain. The investors who we have attracted are very accomplished people, and they truly get what we are trying to accomplish. As for the rest, while our work is very important from the spiritual and emotional point of view, I am aware that with the investment community [in general], we won’t get anywhere until they see the numbers. And that is exactly what we are working on,” Muenster concludes.

Related: Why Investors Should Care About The Mental Health Of Startup Founders