Paytm Stands Against Google, Launches Its Own Mini App Store

As per a statement released by the company, the mini app store will support Indian developers to take their innovative products to the masses.

The move comes days after Paytm was taken down by Google from its Play Store for violating the company’s gambling policy. Within a few hours of the move, Google had restored the Paytm app on the Play Store, but Vijay Shekhar Sharma, founder of Paytm, has since then gone on record multiple times expressing his discontent with Google’s high-handed behavior of abusing its monopoly over the Indian internet ecosystem. Many other prominent Indian entrepreneurs, including arch-rival PhonePe’s founder Sameer Nigam, have also come out in support of Paytm’s fight against Google. 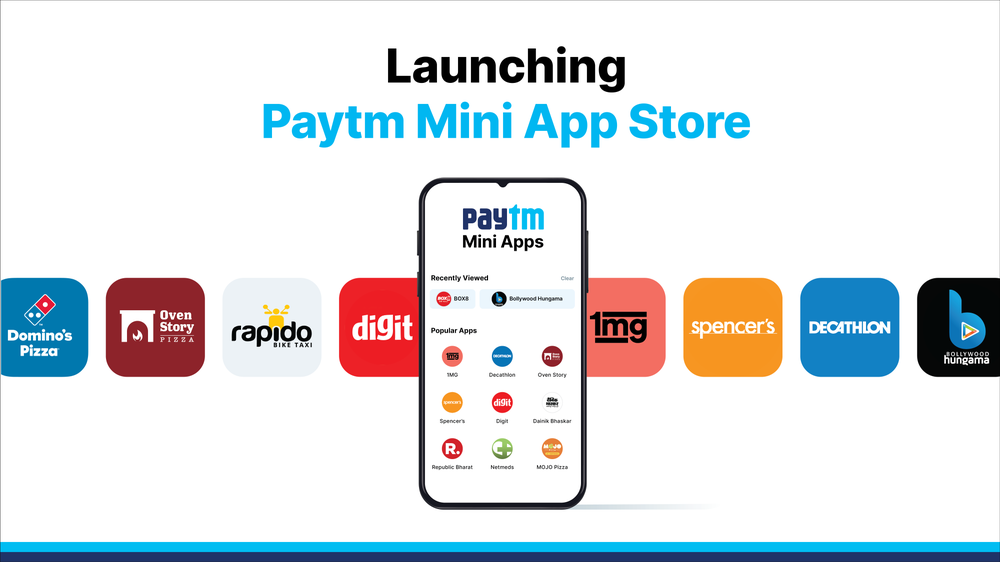 The tipping point for Paytm and other Indian app developers was when Google last week mandated developers to use its billing services that levies a 30 per cent commission for in-app purchases. In a recent development, according to a Tech Crunch report, Google is postponing the enforcement of the new policy by April 2022 in India.

As for Paytm Mini app store, more than 300 app-based service providers, such as Ola, Rapido, 1MG, Domino’s Pizza, No Broker etc, have already joined the program, as per the company statement.

Mini apps are a custom-built mobile website that gives users app-like experience without having to download them, which would greatly benefit millions of citizens to save their limited data and phone memory, as per the company statement.

Paytm is providing listing and distribution of these mini-apps within its app without any charges. App developers will be able to give a wide range of payment methods such as Paytm Wallet, Paytm Payments Bank, UPI, net-banking and Cards to their users.

The company provides Paytm wallet, Paytm Payments Bank account and UPI at zero charges and levies a 2 per cent charge for other instruments like credit cards. The company said that their mini app store will help small developers and businesses to set-up low-cost, quick-to-build mini-apps which can be built using HTML and javascript technologies.

The app store has a developer dashboard for analytics, payments collection along with various marketing tools to engage with the users. This app store has been running in beta with select users and witnessed over 12 million visits in the month of September.

The payment unicorn claimed that its app store is in sync with India’s Atma Nirbhar Bharat mission.

Commenting on the development, Vijay Shekhar Sharma, founder and chief operating officer, Paytm said, "I am proud that we are today launching something that creates an opportunity for every Indian app developer. Paytm Mini App Store empowers our young Indian developers to leverage our reach and payments to build new innovative services. For Paytm users, it will be a seamless experience that doesn't require any separate download and enables them to use their preferred payment option."

This move has received several praises from netizens.