The premium iPhones get even sleeker.

By Devindra Hardawar October 13, 2020
This story originally appeared on Engadget

The iPhone 11 Pro and Pro Max showed us how Apple could elevate its smartphones, delivering devices that packed in more features than mainstream iPhones for a higher price. With the iPhone 12 Pro and Pro Max, the company is basically doing the same thing. This year’s devices feature a new, flat-edged design that’s more in line with the iPad Pros, bigger screens (6.1-inches and 6.7-inches), and stainless steel case designs. And of course, there’s 5G connectivity, which will be more useful now that Verizon is also rolling out its nationwide 5G network. (Disclosure: Verizon owns Engadget, but doesn’t influence our coverage.) 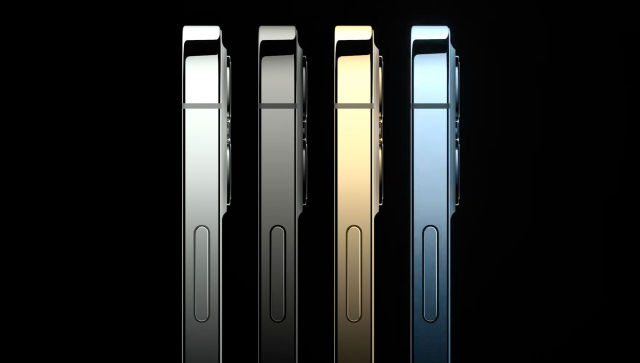 All in all, the iPhone 12 Pro and Pro Max just look like larger and shinier versions of the iPhone 12. They still feature three cameras — a 12 megapixel wide angle lens, a 12MP ultrawide and a telephoto lens — so Apple isn’t raising to compete with Android phones that are cramming in even more lenses. Apple’s new Deep Fusion feature also taps into the new A14 Bionic processor even more for photo processing, helping colors to pop even more. Professionals may also appreciate Apple ProRAW, a new file format that’ll give you more editing flexibility like other RAW formats.

The larger screens on iPhone 12 Pro and Pro Max aren’t surprising, but they’re still notable. The Pro Max, in particular, is intriguing since it features the largest screen we’ve ever seen in an iPhone. Both screens have the same “Super Retina XDR” technology, with support for HDR and Dolby Vision. You’ll be able to shoot and edit 10-bit Dolby Vision content right from the iPhone 12 Pro and Pro Max, which is something no other smartphone yet offers.

Apple also added a LiDAR sensor to both Pro phones, which adds depth mapping technology 3D augmented reality mapping. But it can also help with practical uses, like delivering better autofocus in low light. It’ll be interesting to see if developers actually take advantage of the new sensor, though.