Though India is second-largest aquaculture producer in the world, it hardly has startups working in the same space to assuage pain points

India, a country of a 1.3 billion people, is known for various reasons. It's the largest democracy in the world; its Army is now the world's largest ground force; it's the first country to enter the Mars' orbit; Yoga originated in India and has existed for over 5,000 years; has the largest number of post offices in the world; it's the largest producer of milk, jute, and silk. The country, with its three sides surrounded with water, is also the second-largest aquaculture producer in the world and fourth-largest seafood exporter.

However, despite the country having the second-largest startup ecosystem, it hardly has startups working in aquaculture to assuage pain points. The year 2020, despite being ruthless in terms of business and economy, India produced a record of 11 unicorns—startups with over $1 billion valuation—proving how startups acted as a torch in the dense fog, called pandemic.

A 2.36 million hectare of ponds and tanks, a coastline of 7,500 km, and a brackish water area of 1.2 million hectare, has helped India to produce 137.58 lakh tonne of fish in 2018-19, which accounts for a little over 6 per cent of global fish production. India takes pride in being the largest exporter of shrimp! The overall export of frozen shrimps during 2019-20 was pegged at 6.52 lakh tonne, which fetched foreign exchange worth $4,889.12 million, accounting for a share of 50.58 per cent in quantity and 73.21 per cent of the total dollar earnings of seafood exports. In 2019-20, India shipped 12.9 lakh tonne of seafood worth $6.68 billion.

These stats evoke the question: Why doesn't India have enough aquaculture startups? Entrepreneur India reached out to a handful of startups in the space to discuss the potential and government's role.

A simple conversation in 2016 with a shrimp farmer over a train journey helped Rajamanohar S., understand farmers' challenges in aquaculture farming. Coming from the high-tech sector, he envisioned a technology solution that could improve the farm efficiency, market linkage and eventually improve farmer income, and that's how the aquaculture startup, Aquaconnect, was founded. Today, the Chennai-headquartered startup works with around 30,000 shrimp and fish farmers majorly located in Andhra Pradesh, Gujarat and Tamil Nadu. 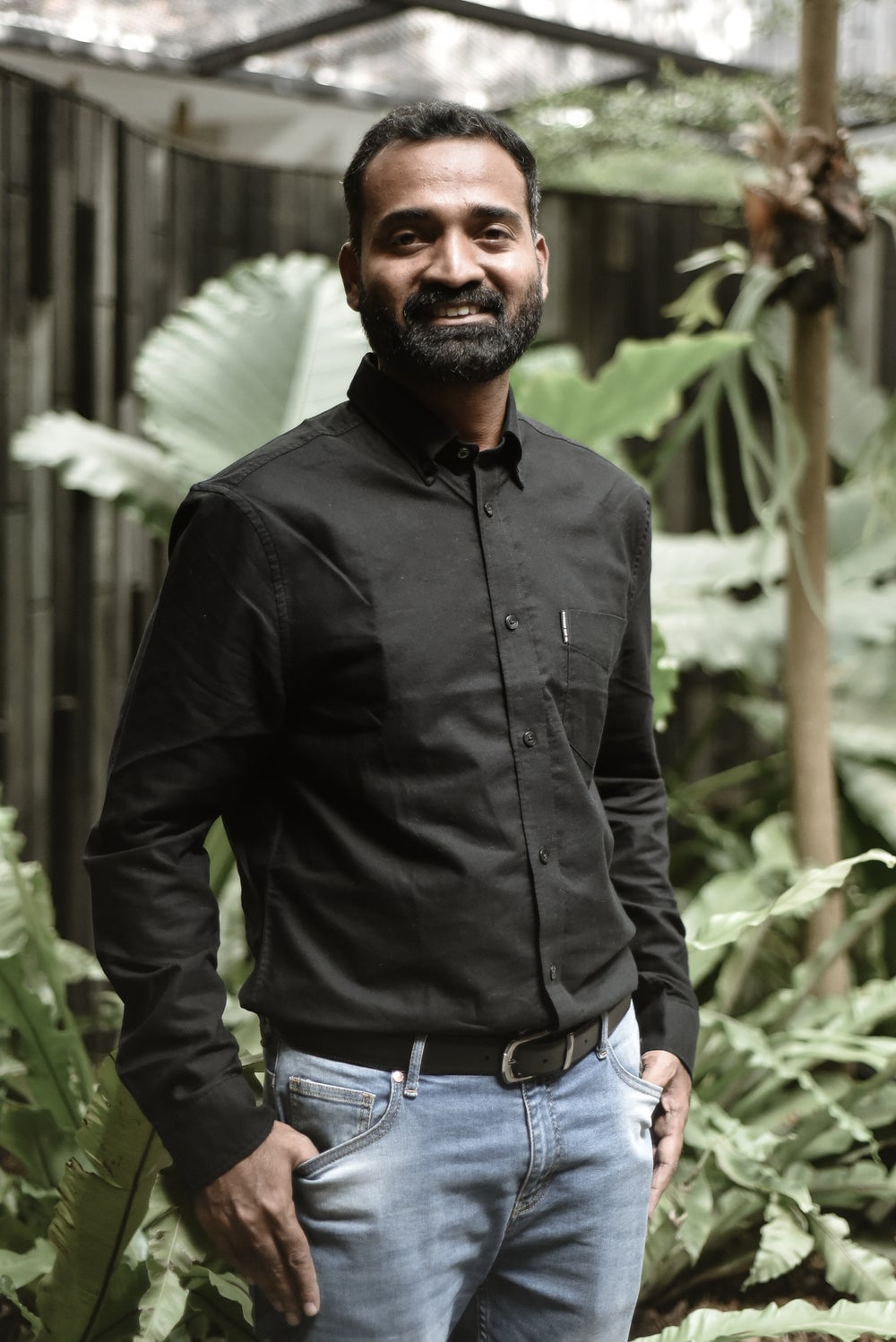 According to Rajamanohar, "The biggest impediment for development is lack of reliable data and data-driven decision-making capabilities. Our data-driven technology approach brings transparency, traceability and much needed predictability to the aquaculture ecosystem." The company has $1.1 seed capital from Omnivore and Hatch Norway, and is currently raising its pre-series round.

For Prasanna Manogaran, who had completed engineering from Madras Institute of Technology, entering agritech was not the first choice. He had first established an ed-tech startup called Axiom in 2008, which was later acquired by some other player, allowing Manogaran with his close friend Bharani C.L. to steer towards the agritech space. Initially ideated to work on the model of farm-to-fork, the founders realized there is an opportunity for them to increase farmers' income by diversification and micro farming, and finally found Aqgromalin in 2019. Currently, Aqgromalin is working with around 500 farmers in Tamil Nadu,Telangana and Andhra Pradesh. 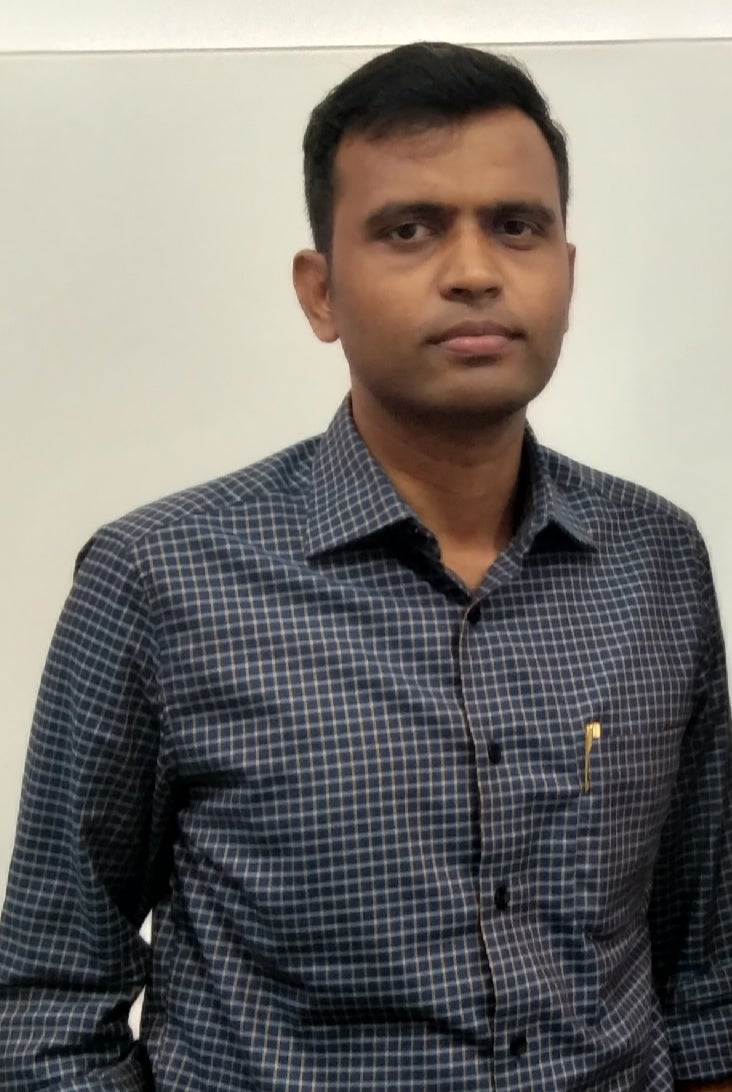 The startup works with both agriculture and aquaculture farmers and encourages them to diversify their produce to mitigate risk. "Our micro farm concept can be started with minimal investment and space," Manogaran added. They have raised a seed fund from a clutch of angel investors in the Middle East and will be aiming for its Series A round in the coming months.

A trip to his village turned into an entrepreneurial opportunity for Sreeram Raavi, who is the founder and the managing director of Eruvaka Technologies, an AI- and IoT-based aquaculture tech company based in Andhra Pradesh. In this particular visit, Raavi was exposed to the difficulties aquaculture farmers face after visiting his uncle. Raavi found his uncle was distressed and the reason was a severe drop in oxygen level in a pond, killing several fishes. This mishap led to a loss of INR 8-9 lakh. Raavi said his uncle could have prevented this if he had an indicator that could have alerted him of dropping oxygen level. This was an eyeopener for Raavi, who now serves over 50 customers nationally and has more than 100 customers globally. The startup boasts of serving major clients such as Priya Devi, Devi Sea Foods and Santa Priscila. 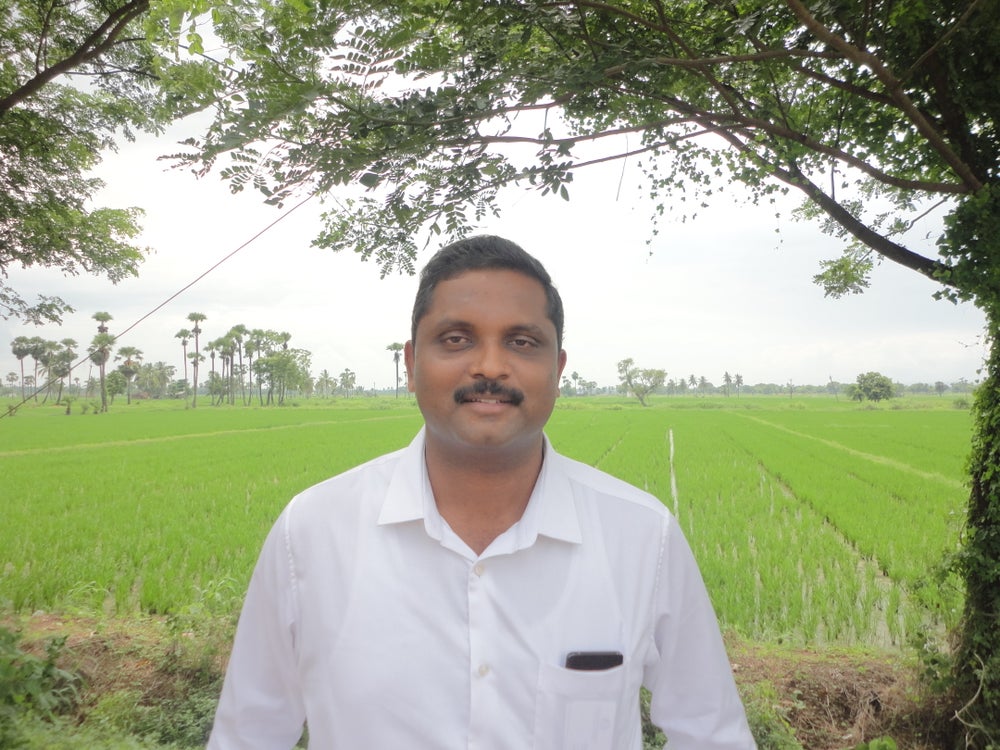 According to Rajamanohar, the aquaculture market lacks technology encroachment compared to any other sector. "The lack of scientific farming practices and adoption of technology tools results in higher production cost due to production inefficiency, losses due to diseases which cost close to 20 per cent of production volume and there are relevant economic losses as well."

He noted that around 1 million rural farmers and coastal communities depend on shrimp and fish aquaculture, where the traditional farming practices prevent them from achieving production efficiency and fail to predict diseases. According to him, a large section of farmers in this sector still rely on "ancestral intelligence' implying traditional techniques and beliefs, but needs to follow cutting-edge technology such as "artificial intelligence' to make profit.

To address this issue, Rajamanohar and his team built the Aquaconnect app, an AI-driven advisory solution that helps farmers improve productivity, predict disease and ultimately achieve higher farm income (up to 5 per cent). "Our AI advisor records production data such as water quality parameters, feed inputs, health status and biomass conversion," he added. 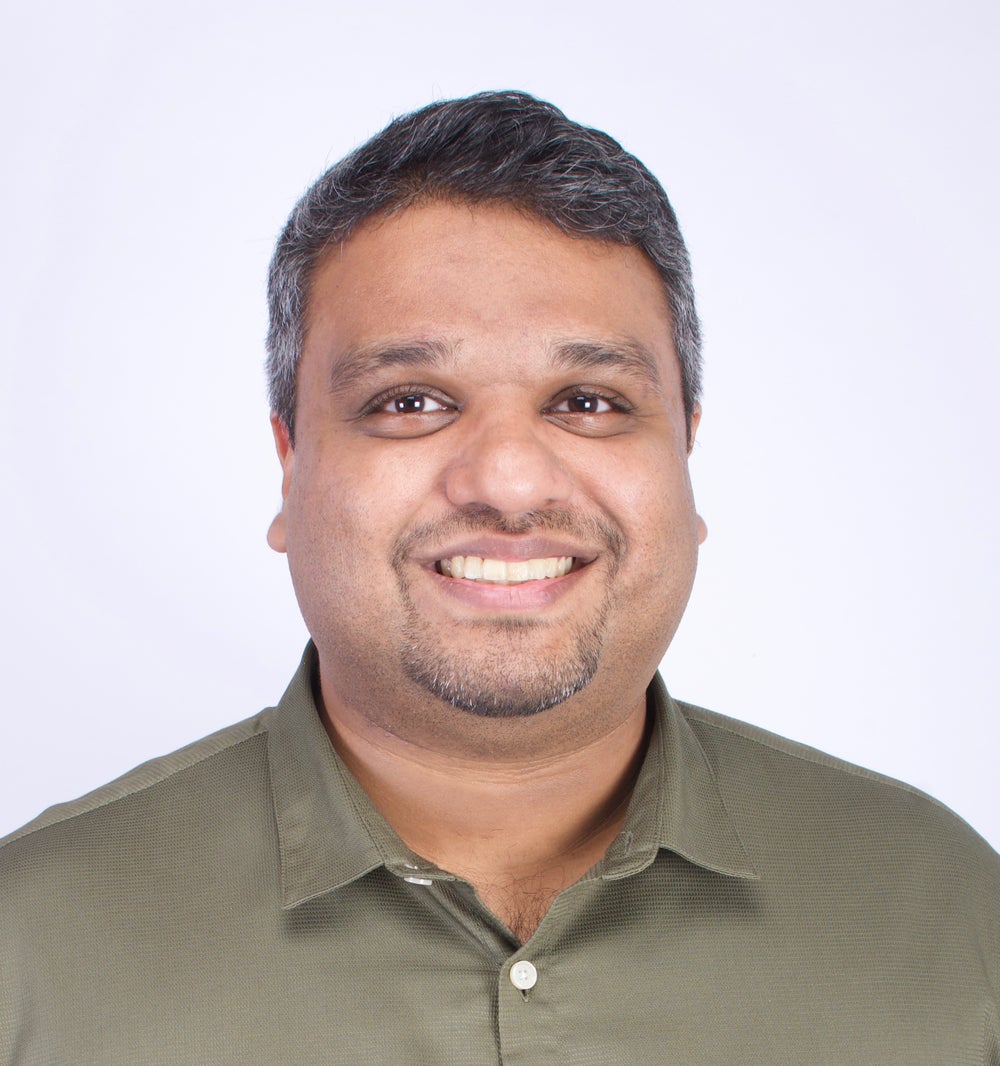 Raavi believes there are many inefficacies and uncertainties in traditional aquaculture, which eventually leads to suboptimal profits for farmers who sometimes even lose the entire produce. "These inefficacies also lead to water pollution, soil pollution, mangrove destruction, etc. Additionally, there is no information management in the aquaculture domain. Farmers, usually, rely on word of mouth for decision making," he added. To fix these issues, Raavi's Eruvaka Technologies develops on-farm diagnostic equipment for aquaculture farmers to reduce risk and increase productivity. The company integrates sensors, mobile connectivity and decision tools for affordable aquaculture monitoring and automation. Eruvaka Technologies till date has raised Series B round from Omnivore and Nutreco.

Manogaran believes farmers need to diversify their produce in order to escape from a bad season. "Progressive farmers have been able to mitigate the risks surrounding price fluctuations and crop failure by diversifying into aquaculture and animal husbandry," he said. To support this, Aqgromalin has launched ready to implement micro farms for farmers. The agri-tech startup follows a comprehensive approach to help farmers utilize their existing farm assets and broaden their agricultural practices for better growth. Furthermore, the company provides access to necessary inputs and all required materials to immediately start operations including extensive training for the cultivation of crops, raising farmers' awareness for the common diseases, and equipping them with expert skills to troubleshoot and increase yield.

Agritech startups focusing on agriculture practices have over the years gained immense trusts among the farmers, thus making higher adaptability and growing presence. This has not only helped startups in this space to work diligently and bring new innovation, but has also increased farmers' produce, helped them to meet global quality standards, connect farmers with buyers bringing transparency. However, the same cannot be said in aquacultural space yet.

On asking the reason, Rajamanohar said unlike agriculture, investments in aquaculture are very low. He noted that till date over $500 million has been pumped into agritech space, of which a puny portion of 0.5 per cent has been invested in the aquaculture space.

"Low awareness among investors could be the main drawback that limits investments. Also there are other factors such as season blend business nature, no access to accelerators and incubators, lack of funds and credible guidance, etc," he added.

He highlighted that lately investors have been placing bets on the meat segment especially on downstream market linkage (Licious, Freshtohome, Tendercut) and is hopeful that soon investors will consider aquaculture and fisheries for investment.

Manogaran pointed out that agritech space has seen more than 500 per cent increase in investment in the past three years and is confident that it will soon be investors darling like the edtech space.

"Within the sector currently more investments are going into the fruits and vegetables segment as this is where most investors are comfortable with. Eventually we will see a lot of activity in the aquaculture and poultry segments," he added.

As per Raavi, aquaculture is a high-risk and high-reward sector which consists of multitude of variables thus making the technology development cycle longer. He believes technology solutions in the sector have to be precise or else will result in heavy losses. This could be the reason why farmers are skeptical about technology and prefer extensive trials before adopting it.

Will We See More Startups In This Space?

Unlike India, scandanavian countries such as Norway, Iceland and Scotland have incubators and accelerators specific to ocean economy to boost the ecosystem.

"I am yet to see such seafood sector specific startup platforms available to entrepreneurs to sensitize them on opportunities in this sunrise sector. It would help them connect with the partners in the value chain and eventually help the industry to professionalize and improve the sectoral efficiency," Rajamanohar added. Ease of access to investment funds, accelerators, FPO's will only encourage more entrepreneurs to focus in this sector.

Manogaran applauds the government for focusing on animal husbandry and aquaculture and believes this will attract more startups and venture capital players in this space.

"As a country though, the potential is significantly large in these sectors and we still lag in terms of production. We need to start approaching these sectors keeping in mind the global demand rather than local demand," Manogaran added. Taking the example of shrimps, he said India can fetch $5 billion worth of business through annually if catered globally.

Omnivore's Roy believes that to encourage more entrepreneurs in a particular space is by establishing how easily tech-based solutions can make inroads into its value chains. He said that unlike other sectors where e-platforms are limited by the penetration of smartphones in their target used bases, shrimp aquaculture boasts close to 100 per cent smartphone penetration in its farmer base.

"This statistic when combined with the relatively few target farmers (estimated at around 100,000), and the geographic concentration of farms in three key states, make for a serviceable market that is almost as large as the total addressable market itself," he added.

Raavi added that startups can look at challenges in aquaculture and look at them as opportunities in advisory services, market linkages, D2C and logistics.

According to Rajamanohar, India's aquaculture market is estimated to be $17 billion at present comprising mainly fish and shrimps. Fish contribute around 92 per cent of the production output while the rest belongs to shrimps.

He said India's aquaculture market is expected to reach $19 billion by 2022 and to double its production and exports in next five years. "By 2030, the sector shall contribute two-thirds of the total fish production and witness a tremendous rise in the country's seafood exports. Annual fish and shrimp production is projected to increase from 800,000 tonne in 2019 to 1.4 million tonne in 2024," he added.

According to Rajeev Ranjan, the chief secretary of Tamil Nadu and former Union secretary of fisheries (government of India), from producing 137.58 lakh tonne of fish in 2018-19 India is looking at 220 lakh tonne by 2024-25 with average aquaculture productivity to be raised from 3.3 tonne per hectare to 5 tonne per hectare by 2024-25. He further added that fisheries exports are expected to reach INR 1 lakh crore by 2024-25 and INR 2 lakh crore by 2028. Apart from this, the sector will also create employment opportunities from about 1.5 million in 2018-19 to about 5.5 million in 2024-25.