Co-founded by Padmini Gupta and Milind Singh, this fintech startup is on a mission to reimagine financial services provided to the immigrant population.

By Aalia Mehreen Ahmed February 22, 2021
Opinions expressed by Entrepreneur contributors are their own.
You're reading Entrepreneur Middle East, an international franchise of Entrepreneur Media.

272 million people: as per the World Economic Forum’s 2020 Global Migration Report, that is the estimated number of international migrants worldwide. The report also highlights that migrants constitute a large majority of the population in most GCC countries. With such a large number of people living outside their countries of origin, and often away from their families, in search of better earnings, it begs the inevitable question- how much collective money is sent back to these nations on a yearly basis?

Remittances, which are essentially financial or in-kind transfers made by migrants to family and friends back home, have been empirically proven to add monetary value to an economy. In 2019 alone, two among the top five countries money was remitted to were India (US$83.1 billion) and the Philippines ($35.2 billion), and an estimated $120 billion dollars is sent from the GCC alone to support over 150 million people across the Asian subcontinent.

However, it may come as a surprise that migrants are often denied the opportunity to avail basic financial services from banks and other financial institutions- in both, their own countries, and the ones they reside in. Even something as simple as a financial loan is not a viable option for most migrant workers. The reason? They’re simply not seen as being economically attractive, owing to their monthly income.

Dubai-headquartered fintech firm Rise was created in 2017 to fill this glaring gap in the financial sector. “What safety net do these migrants and their families have when they cannot get access to basic financial products?” says Milind Singh, co-founder and CPO of Rise. “It’s not just a GCC story; there are over 270 million migrants globally and a billion people who depend on remittances for their future. Think about how that one seventh of humanity is systemically and structurally locked out of the global financial services system.” 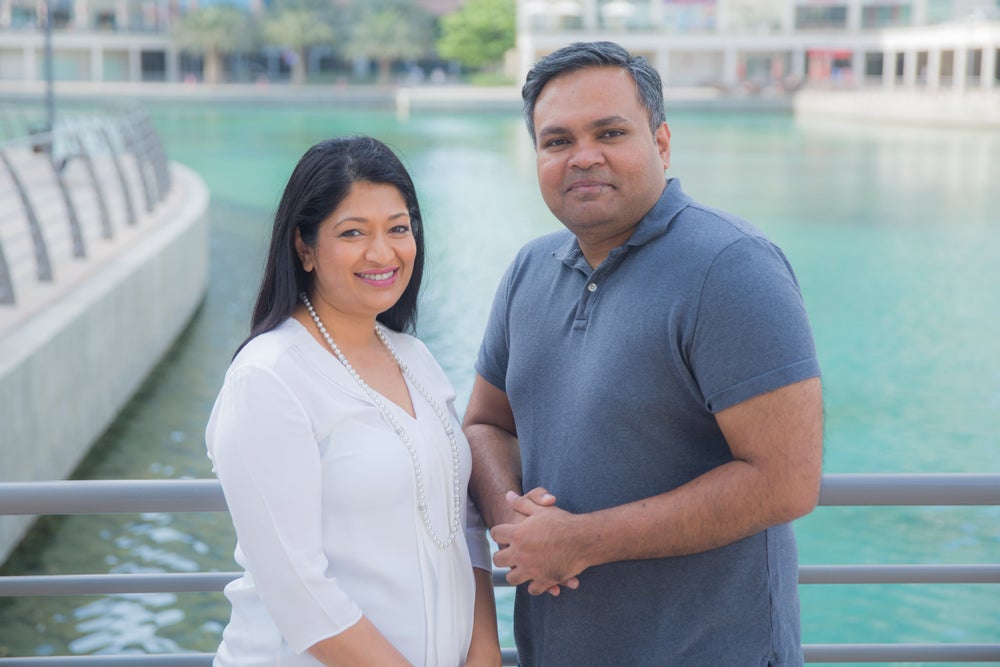 Rise was founded by Singh, who has extensive experience in building digital banking platforms in emerging markets, former World Economic Forum Global Leadership Fellow Padmini Gupta, and serial entrepreneur Mandeep Singh. With an aim to create a migrant financial services platform that democratizes access to financial services, the firm is on a mission to cater to migrants beyond the GCC as well. For Gupta, who was formerly a banker in the US, the driving force behind creating Rise stemmed from personal experience.

“When I returned to Dubai, I discovered that many migrants were locked out of the global financial system and this hit home when my nanny was impacted by the 2015 Nepal earthquake,” she remarks. “She needed significant monetary support and did not have anyone to turn to, apart from her employer and family and friends, and that is how Rise was conceptualized.” Rise has been structured as a global financial services platform which has partnerships with multiple institutions across multiple countries, and is available as an app on both iOS and Android. The fintech firm provides a plethora of seamless, digital services for migrants, including “no minimum balance” bank accounts in partnership with local UAE banks, insurance products in partnership with global insurance leader Axa, buynow-pay-later plans in partnership with UAE’s largest retailer Majid Al Futtaim Carrefour, and cross-border installment plans in partnership with providers across South and South East Asia.

With Rise being a digital platform, the team would have banked on an inevitable shift to digital spending to gain more users over the years. That consumer shift, however, was hastened at the behest of a global pandemic early last year. While there was an obvious move globally towards cashless, digital payments, to ensure safety in a time of social distancing, Gupta points out that this wasn’t necessarily the case with the migrant population in particular.

While the Rise team was able to adapt quickly to the workrelated effects of lockdown and remote working, the COVID-19 crisis in 2020 opened up a Pandora’s box of shortcomings that traditional remittances have. “We realized that remittances were failing migrants, specially during the pandemic, on two fronts,” explains Gupta. “First was moving cash. When the pandemic hit and exchange houses started closing, families in home countries could not pick-up cash or spend cash. So even if the migrant here had a bank account with us and could send money online, the family did not have access to an account or digital tools to pay. The second was control on spending. With the pandemic, many migrants faced a temporary reduction in salaries, and they wanted to have more control on where the money being sent home was being spent and traditional remittance tools do not do that.” In the wake of such fatal flaws being highlighted amid the COVID-19 crisis, the team at Rise launched a new product, Xare (pronounced “share”), to counter these issues.

“Xare was born out of the need to give migrants a ten times better tool to manage cross-border spending– why move money, when you can move access and allow the families to spend with full control of the migrant,” explains Gupta. A free-to-use mobile app, Xare enables its users to instantly share access to their account and credit card with friends and family, whilst maintaining total control over how their earnings are spent and without sharing any sensitive information. The sole requirement for registration is a valid phone number- a process that “takes less than 30 seconds,” Gupta adds. Users are then free to share their cards with their contacts, and can set daily/monthly monetary limits with these contacts. 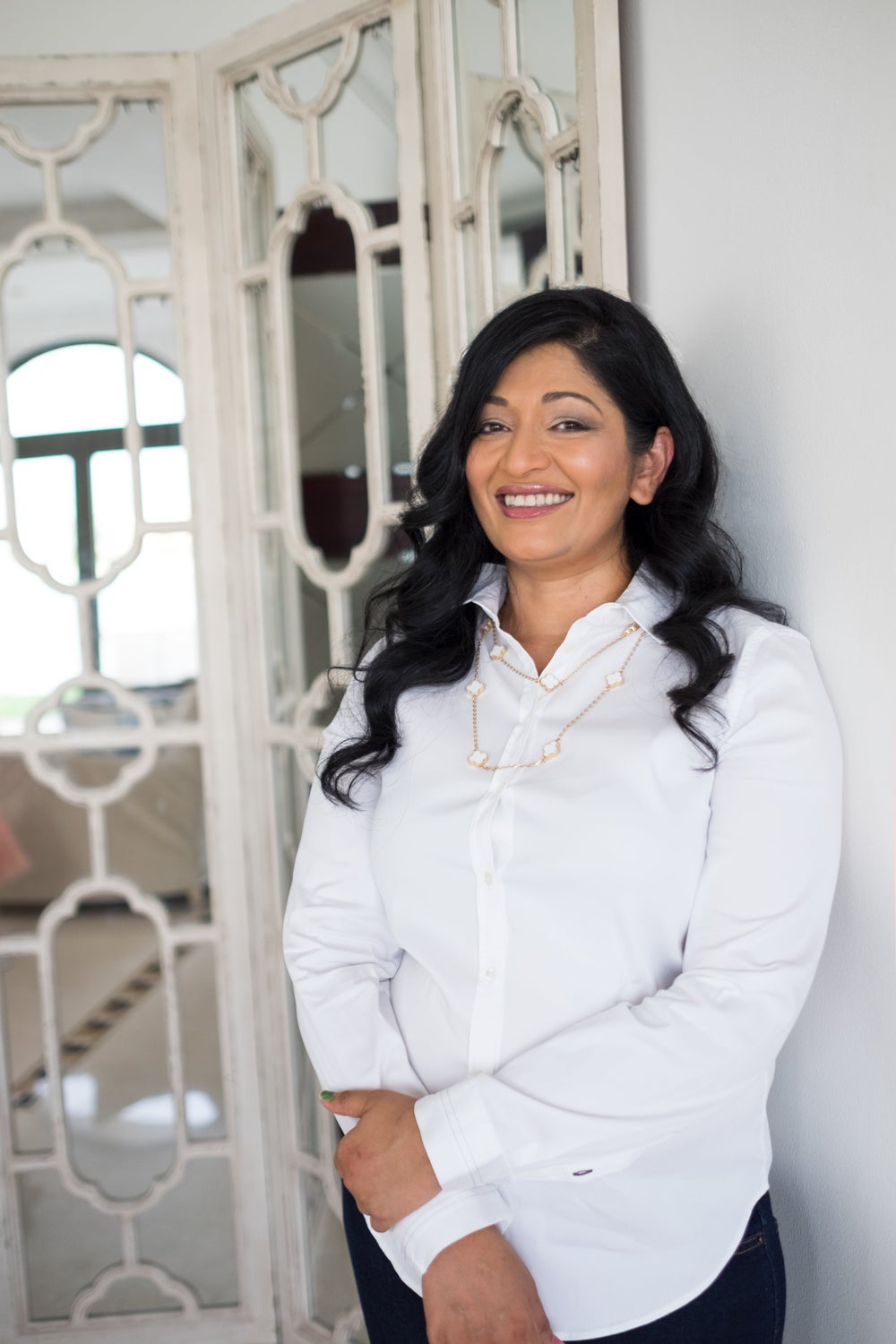 This new service by Rise bears extra sentimental significance during the COVID-19 crisis, as a time that has seen millions lose their jobs and/or struggle financially. “The pandemic accentuated another big reality– most people in the world borrow from a friend or family member, not a bank,” says Gupta. “In fact, in the MENA region, 69% of all borrowers borrowed from a family or friend. In India, that number is 77%, and similarly high across emerging markets. Xare truly brings sharing to the financial services economy and enables people who have always been supporting each other to better perform roles of a bankextend a payment instrument or extend credit.”

Through a very basic example, Gupta explains that the main USP behind Xare’s services is ease and control. “A migrant can change the share patterns anytime, and reduce or increase it depending on his/her monthly budget. The migrant can also do micro-shares. For example, he/she can send AED10 to someone on their birthday, and later also set it on autopilot by setting a monthly recurring share, and never have to worry about remitting again.”

But with only a valid phone number required for registering, and the possibility of sharing access to your unused credit card to a multitude of people, one may wonder how safe the transaction is. “Xare’s innovative security system means that card details are never seen by the beneficiary and are not stored by Xare centrally, so they cannot be hacked or compromised,” assures Singh. “Also, the sharer can enable explicit authorization which ensures that no transactions can go through without her/him explicitly approving the transaction on their Xare app.”

Those with a background in finance may also wonder how the FX risk, a common currency risk involved in monetary transactions, is accounted for via Xare. “There is no FX risk, there is the conversion cost that is charged by your bank when your family spends in say India, with your UAE card,” explains Singh. “What is interesting about this is that most people do not realize that transfer fees make up about 75% of the cost of sending money, the FX spread is only about 25% of the cost. Having said that, we are in conversations with some banks to offer preferred rates for Xare customers.” 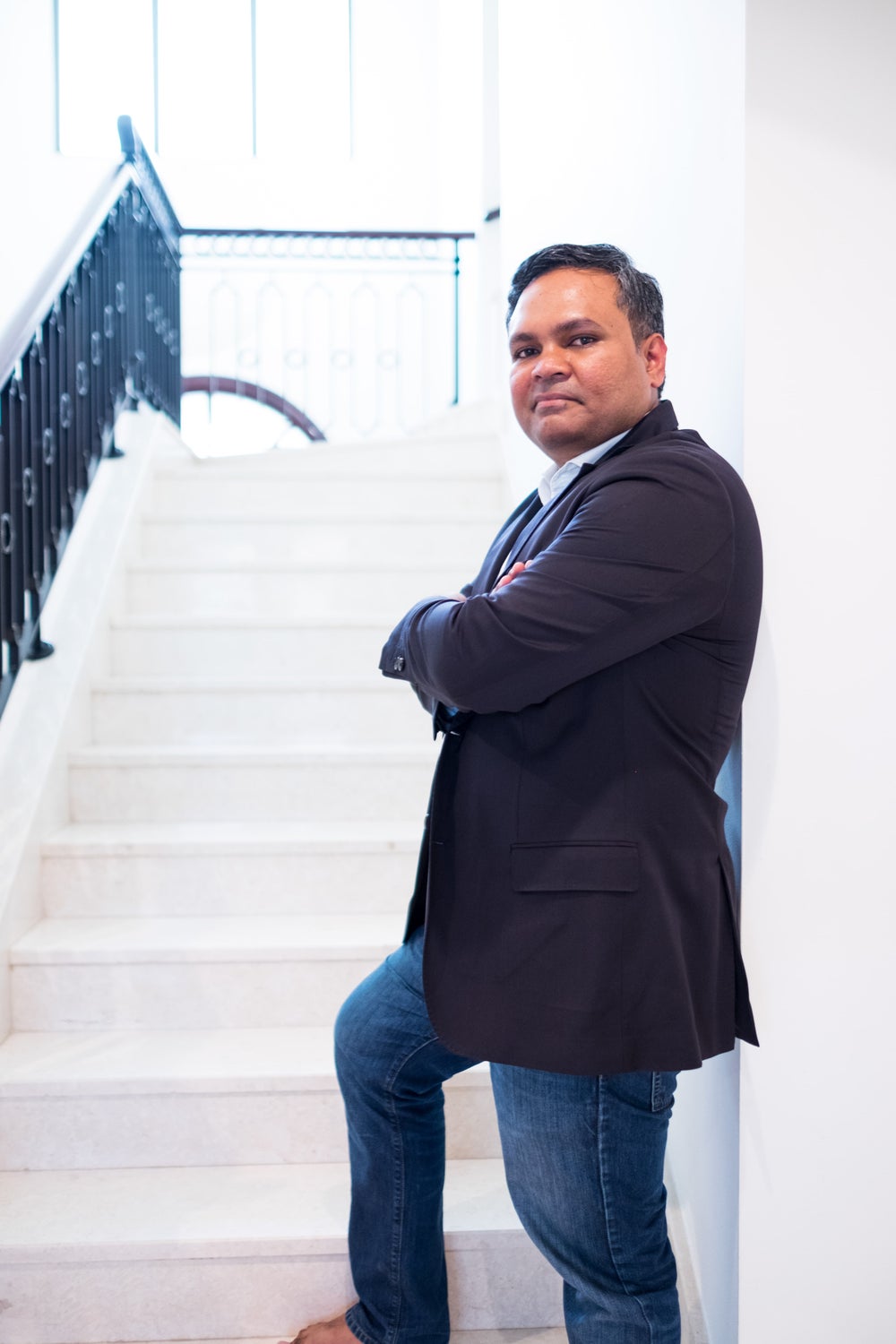 With the assurance of a safe and regulated environment to send money much quicker, this fintech startup’s growth -please do note that it has served over 200,000 customers across various products and banked $300 million on its platform so far- alludes to another important question: will the rise of Rise (pardon the pun) change the future of personal banking? According to Singh, Rise is here to offer a common platform in a financial sector where most people have multiple outlets to choose from. “Finance in general has become very fragmented, meaning that you have an account from one bank, credit card from another, insurance from a third operator, investments from forth, and loans from multiple sources,” he explains. “The solution to this is not you buying everything from one provider, which never really works, but having a platform which brings everything together in one place– like Rise does. We focus on migrants as the segment where we are building this, but the basic philosophy is the same– we need platforms in finance, which aggregate and enhance choice.”

But despite such a strong model and unique underlying core values, Rise may still seem delicately poised in a highly competitive UAE money transfer landscape. Despite a 7.7% drop, outward remittances settled through banks and exchange houses in the country from July to September 2020, still managed to reach AED40.1 billion ($10.9 billion). The team at Rise, however, remain dedicated only to their own mission, and even believe that products like Xare can eventually be adopted by the higher-class population as well. “As with any new product, a new way of doing things, adoption happens slowly and then quickly,” remarks Gupta vigilantly. “Xare genuinely is a 10X better product than remittance. It is free, it is instant, it gives migrants control on where their money is spent, the money stays with the migrant. We fundamentally believe that sharing will replace global remittances as the preferred solution in the coming years. Now we do anticipate competition to come from all types of players, both banks and otherwise, but we are not concerned about current remittance providers.”

Unsurprisingly, with such a level-headed approach, the team at Rise is looking to expand beyond their three current markets- UAE, India, and the United States. “As we understand how users adopt and use Xare, which is a foundationally disruptive product, we will start scaling it across these three markets and introduce new markets,” says Gupta. “We are uniquely poised to build a global fintech player, and we are looking forward to an amazing 2021.”

1/ Emergence of native payments “WhatsApp pay India, where people do not have to exit whenever they are to undertake payments. This will significantly disrupt the payments ecosystem with more and more transactions being native to the platform you are on.”

2/ Growth of crypto “With the imminent launch of Libra from Facebook, plus multiple cards which pay you in bitcoin awards, accepting payments in crypto will become more mainstream– even though it will still be small.”

3/ Sustained decline of cash “Given COVID-19 has driven the push to e-commerce and contactless payments, we have seen a sustained decline in cash usage this year. This will continue next year, with more and more transactions happening online/contactless methods.

Related: How Fintech Can Help Ensure The Survival Of SMEs In The Middle East