Taking a Break At 40, This Entrepreneur Went On To Produce First Unicorn In Spa & Salon Space

At present, Zenoti powers more than 12,000 businesses in 50 countries ranging from the largest enterprise level brands such as Toni&Guy and CorePower Yoga to small, single-center businesses

Two decades ago, if anyone would have told you that to get a haircut you have to fix an appointment through a software, you would have scoffed. However, come 2021, most of the things are happening over the Internet now. In fact if you are not on the Internet and using tailored cut software for the industry, you are inadvertently losing millions of dollars!

Ten years back, the Internet has already spread its wings. From improving social life to acquiring more customers for business was happening over the Internet. However, niche markets such as the salon and spa wellness industry were still staring at platforms which could support the entire ecosystem under one roof, thus streamline the process and helping the brands grow and acquire more customers.This is what led to the start of Zenoti, a customer relationship management-solution provider for salons in 2010. The Bellevue- and Hyderabad-based software-as-a-service (SaaS) startup also is one of the newest entrants in the prestigious Unicorn club.

In an interaction with Entrepreneur India, Sudheer Koneru, co-founder and chief executive officer of Zenoti, shared the story of Zenoti, its early days and what made it raise funds almost after a decade.

Prior to co-founding Zenoti, Koneru had a long eight year stint at Microsoft as a product unit manager. He left Microsoft only to take an entrepreneurial plunge and founded two startups in the US. He exited his last startup, SumTotal, an enterprise software company, when the company was clocking a revenue of $100 million in 2007. He was 40 then.

After hanging his boots, his soul focused to take care of himself, which led him to participate in multiple yoga and wellness workshops. After spending time in these workshops and getting to know about the industry, Koneru eventually launched a chain of health clubs, spas and salons in the US called Latitudes. However, after two years of them being operational, Kuderu realized it was arduous to run multi spa and salon chains together as the industry lacked an all-in-one platform that could help to manage all the stores smoothly along with establishing a better relation with customers.

It is said, a trademark of a good entrepreneur is if he sees a problem, he will roll up the sleeves and fix it. Koneru too did the same. He along with brother Dheeraj formulated Zenoti in 2010.

As Koneru likes to say, “I did not realize that my time working in the spa and salon world would connect me back to technology and serve as the impetus for Zenoti.” After it entered the prestigious Unicorn club, the startup became the first salon and spa to reach a valuation above $1 billion.

While Koneru was investing in Latitudes, he learnt the necessity in the spa and salon space for an all-in-one solution.

“When we started a chain of spas, we felt firsthand the complexity and challenges of running a business. There was not one software available that could do everything we needed. The industry lacked reliable and easy to use software that supported the whole ecosystem of operational tasks that need to be done when running a spa and salon, especially the needs of a multi-location chain,” Koneru added.

Realizing the issue, Koneru along with his team went back to their roots in enterprise software and founded Zenoti.

Koneru takes pride in saying Zenoti strives to give business owners more time to focus on their craft and make their businesses great, instead of doing the mundane and tedious jobs that Zenoti’s software can do. 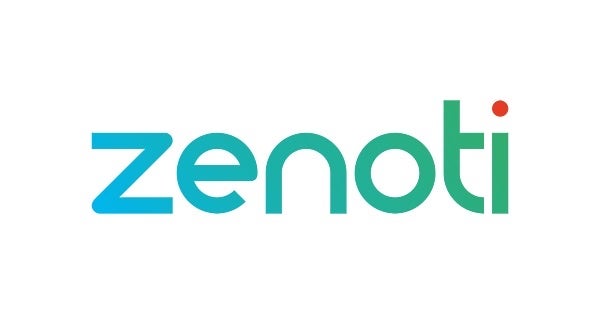 Zenoti initially approached the large businesses with enterprise customers with multiple locations. Koneru believed, though the approach was challenging to begin with, it would bear fruitful results in the long run. The startup enables some of its largest customers with over 300 locations to enhance their customer experience, unify their brand and grow exponentially. At present, Zenoti powers more than 12,000 businesses in 50 countries ranging from the largest enterprise level brands such as Toni&Guy and CorePower Yoga to small, single-center businesses. The US market makes up for 60 per cent for Zenoti, followed by the UK which contributes almost 20 per cent. In India, Lakme is one of its prominent clients.

In December last year, Zenoti announced raising of $160 million in its Series D round from existing investors Tiger Global and Steadview Partners. This capital infusion catapulted the startup’s valuation crossed over $1 billion and joined the likes of other software product companies of Indian origin such as Druva, Zoho, Postman, Freshworks and Icertis.

Interestingly the startup has till date raised $250 million, and of which nearly $200 million has been raised since mid of 2019.

When asked about this stream of capital infusion, Koneru said, “Zenoti’s business model is working well, and we have strong acceptance across all verticals. The time has been right to raise funding and invest in growing the business.”

The latest funding will be used to scale its business across European and South American markets while doubling its employee count to 900 by 2022. The startup will also invest in R&D to enhance its customer experience with better inventory management, customer scheduling and others.

As per Koneru, here are some of the key innovations in which Zenoti will invest further:

It is also to be noticed that the startup has raised a significant amount of funds at a time when the pandemic wreaked havoc in the world. Several industries were severely hit, forcing thousands of entrepreneurs to lock their businesses.

Salons, spas and the fitness industry was ravaged by this pandemic as the services required physical touch. However, soon the lockdowns were lifted and vaccination drive was in place. People realized the importance of self care and business owners understood the need to adopt technology. The startup is currently providing features such as touchless systems, digital forms, mobile payments, two-way texting with providers and more in the backdrop of pandemic

When asked about the latest spree of six startups becoming Unicorn after raising funds and almost doubling their valuations, Koneru said, “Do what you are individually passionate about. Each individual is completely unique and there is no point trying to copy someone. As long as you enjoy what you do and are passionate about what you do, success in whatever form one desires, will arrive eventually.”