With modules delivered only in Arabic and an aim to dispel myths regarding entrepreneurship in KSA, the first course is kicking off in July 2021.

By Aalia Mehreen Ahmed July 13, 2021
Opinions expressed by Entrepreneur contributors are their own.
You're reading Entrepreneur Middle East, an international franchise of Entrepreneur Media.

In the Kingdom of Saudi Arabia, despite the many financial repercussions caused by the COVID-19 pandemic, the rate of total early-stage entrepreneurial activity rose from 14% in 2019 to 17.3% in 2020. This statistic is just one major highlight of how the Kingdom has become a breeding ground for many innovative ideas and startups in recent times.

Prior to the pandemic, the educational and culture building aspect of the center's work largely revolved around creating and hosting hackathons, innovation challenges, and boot camps for university students. "We used to run those kinds of challenges for 300 students from 18 universities across the Kingdom to tackle global challenges pertaining to water, food, and energy over 48 hours," explains Ahmed. "We did this in partnership with a wide range of industry partners from both the private or public sectors. We also ran academic workshops and classes for KAUST students in order for them to get hands-on experience for moving their technology forward." 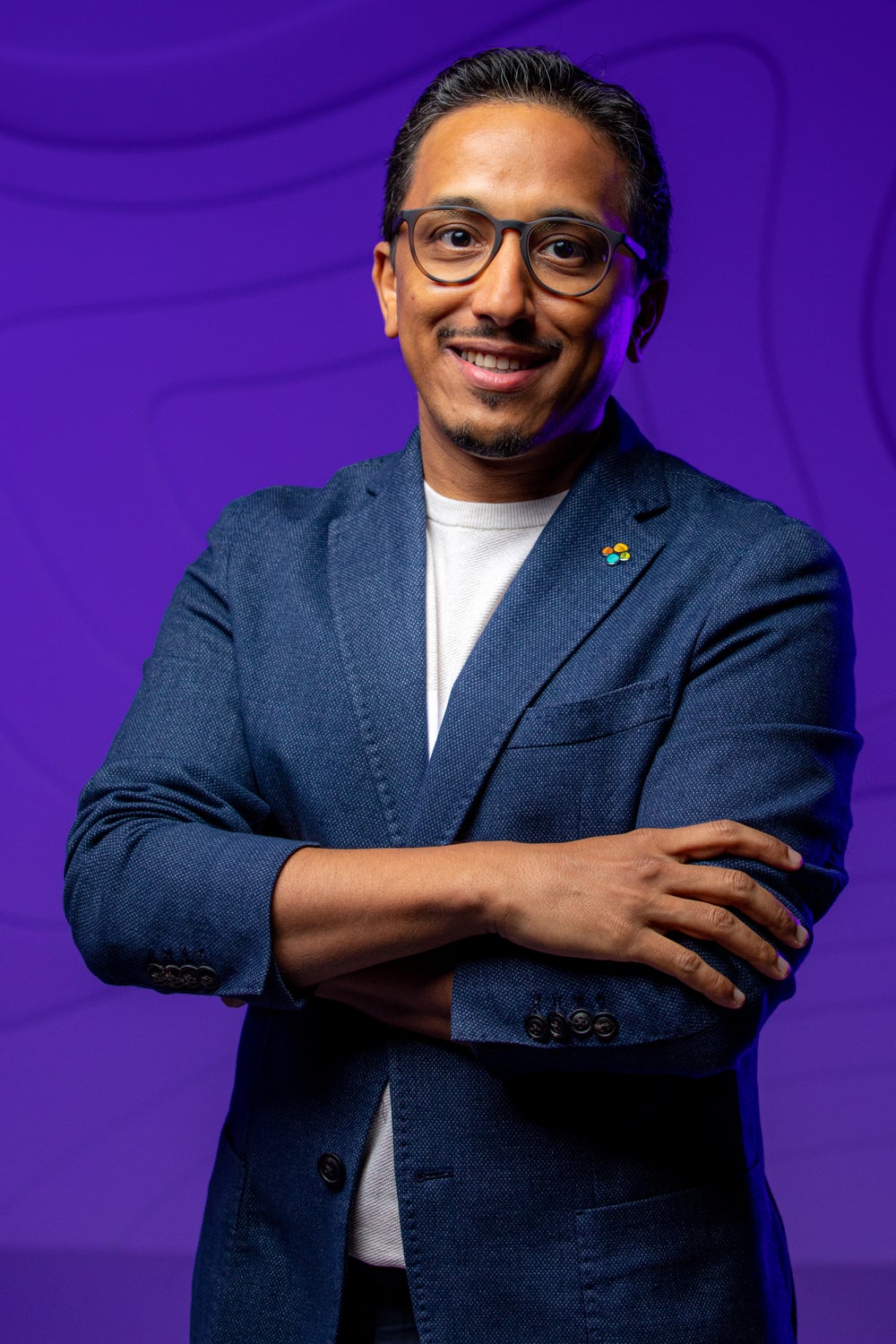 The initiatives aimed at creating greater awareness about entrepreneurship and its many benefits are deeply intertwined with the Entrepreneurship Center's second key activity, adds Hattan. Started in 2016, the Taqadam Accelerator Program is a six-month long annual accelerator program by KAUST that provides mentorship support, investor funding, workshops as well as industry networking opportunities for startups in KSA. This flagship program has successfully helped nearly 130 startups launch so far, supported over 440 entrepreneurs, and has also granted SAR16 million in zero-equity grant funding.

Interestingly, however, Ahmed says the idea to create an online version of the accelerator program wasn't necessarily spurred solely due to the pandemic. "Back in 2018, we had a revamp of our entire program," he recalls. "We thought about how we could scale our current plan and in turn reach out to the tens of thousands of learners in the Kingdom. With Taqadam, we had done roadshows in 18 universities over four weeks, and due to that we had a lot of requests from other universities who wanted us to do workshops for them as well. So, there was a great need for content and know-how, and that was the inspiration to reach out online especially in the Arabic language. The COVID-19 crisis simply propelled this activity forward, and created a greater need for a digital platform."

And so, Entrepreneurship Adventures, a free massive open online course (MOOC) hosted on edx.org, open to people of all ages and backgrounds in Saudi Arabia, was developed at KAUST as a result. With modules delivered only in Arabic, the first course is kicking off in July 2021. "There is a lot of great English content for budding entrepreneurs across the globe, but this is the first one in Arabic," explains Ahmed. "When it comes to creativity and entrepreneurship, research has shown that it is much better to engage with people in their native language."

This particular sentiment is also mirrored by Haitham Alhumsi, Online Learning Manager, KAUST Entrepreneurship Center, when asked why it was so important for the program to be delivered in Arabic. Among many, there is one particular reason that Alhumsi emphasizes repeatedly- the need to dispel baseless myths and negative connotations attached to the idea of entrepreneurship in the country. "You can find a lot of misinformation online when it comes to entrepreneurial education," he explains. "So, we wanted to create content that will help people identify what entrepreneurship is, how to get started in the right way, and how to build a team and a foundation for success."

Related: Bend The Rules: 10 Tips For Entrepreneurs To Make It Big In The Business World 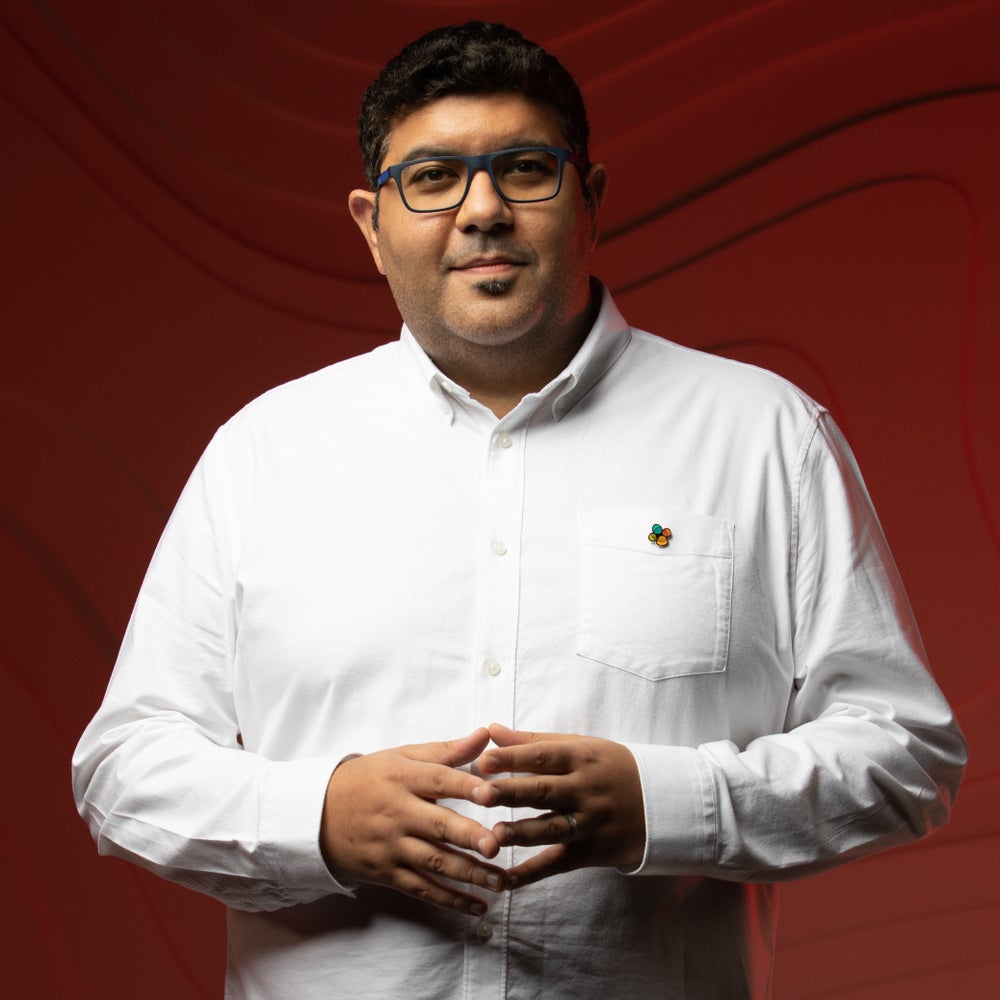 Alhumsi adds that the content of the program's modules is also based on recent market research. "We reached out to the youth and asked them about their challenges with entrepreneurship," he says. "Many of them said, "I have a business idea, but I don't know where to start, I'm afraid of failure, and I don't want to ruin my career.'" It was this hesitation, which was evident among many potential entrepreneurs, that led to the creation of Entrepreneurship Adventures' eight week long, gamified, virtual course.

"Everything about this course has been kind of designed around the Arab youth including Arabic language short videos that are easy to consume and include local examples from people they can relate to and understand," says Alhumsi. The eight program modules, which Alhumsi says are carried out in four stages, cater to building the right team for a startup, building profitable and sustainable business plans that also meet customer expectations, the skills to pitch and present to investors, as well as how to market properly to a target audience, and finally on how to sustainably grow the business in the long-run.

With such a holistic approach towards spreading credible knowledge and the comfort of gaining it through an online platform, it is easy to see why Entrepreneurship Adventures is enticing enough to become a long-term program. But while its virtual nature allows for greater reach, there is also the glaring issue of creating human connections- an aspect that is often pivotal to the ideation and brainstorming phases of building a business idea. Ahmed says this was one of the main points of consideration while creating the program. "The challenge was to transform the interactive engaging experience that we run during our in-person activities, into a gamified digital experience," he says. "So, the content is kind of hybrid between high quality videos and interactive games and also community engagement. The participants can have all kinds of discussions on the platform with mentors, advisors, keynote speakers as well as other learners, which is how we want to enable cross learning and community building."

Ahmed further adds that many great startup stories have arisen in the past during times of failure and economic crises, much like the times we are in currently. "Right from the early 1900s to recent history like the financial crisis during 2007, it has been shown that entrepreneurship emerges during economically stressful times," he explains. "So, I am sure that something is going to be born during this difficult time, which is why it is the prime time to be in the entrepreneurial scene in Saudi Arabia."

That last statement is perhaps best reflected through the diversity in age and gender for the program's applications. "The registrations are still open and it's still shifting as we go, but we are seeing almost equal participation of males and females in the course so far," says Alhumsi. "We've got people as young as 13 years old signing up while the oldest is 62 years old, but the majority are in their early twenties." Ahmed, in turn, hopes that Entrepreneurship Adventures can recreate the success that was seen by female founders during the Taqadam accelerator program. "More than 50% of the teams had female founders in Taqadam, and this has been kind of consistent over the past few years," he explains. "This is a really interesting phenomenon that is taking place in the region, and we hope to see the same level of female participation like our past programs, if not more!"

With the commencement of the course this month, it'll be interesting to see how it fares in the months to come and what it could mean to KAUST in the future. "Being a university of science and technology, we believe that technology has the ability to help companies scale and solve meaningful challenges in the world," adds Alhumsi. "Some universities are very protective of their intellectual property and don't think of it as collaboration material for startups, but here at the KAUST we empower our startups with their technology and are more than happy for entrepreneurs to leverage those technologies and create new companies."

"We're really looking forward to seeing the outcomes from the first round," concludes Ahmed. "What we're building is a system that feeds into each other to help us increase the quality of startups, reduce the risks involved and help young talent create an impact. We would love to expand that to adjacent geographies and capture more youth in the region. But there is so much yet to be done as we move forward for greater impact for greater achievements, and there is more to come out of it."

Related: Changemakers: Roberto Croci And His Microsoft for Startups MEA Team Are Gearing Up To Make A Serious Dent In The Entrepreneurial Ecosystem