Having Raised US$110 Million In Funds, KSA Buy-Now-Pay-Later Startup Tamara Is All Set To Soar

Operating in KSA and UAE, Tamara offers consumers with two main products on its website and app: they get to either pay for the item they buy in 30 days, or to split payments for it into three or six instalments.

By Pamella de Leon September 7, 2021
Opinions expressed by Entrepreneur contributors are their own.
You're reading Entrepreneur Middle East, an international franchise of Entrepreneur Media.

If you grew up around small groceries in your neighborhood, then you’ve probably come across “balance books,” those ledgers that allow you to defer payment for whatever you buy, with store attendants keeping track of whatever you bought and owe in them. And as it so happens, such balance books are what inspired Abdulmajeed Alsukhan to come up with an entrepreneurial concept that’d allow retailers to use the knowledge of their consumers to offer them deferred payment plans that prove beneficial for both parties.

“I thought this simple and very important mechanism in local neighborhoods had a lot to offer to the 21st century,” Alsukhan says. “And I wanted to work on a solution that could help digitize, scale, and improve access to such mechanisms to a broader spectrum of merchants online and offline.”

In 2020, despite the economic downturn brought on by the COVID-19 pandemic, Alsukhan set out to turn his idea into reality by launching Tamara, a KSA-based buy-now-pay-later fintech startup offering small payments solutions for consumers, while also helping merchants grow their sales. This isn’t the entrepreneur’s first foray to the startup world- in 2017, Alsukhan launched on-demand hyperlocal delivery service Habli that was (in just seven months) acquired by grocery shopping and delivery service Nana, which he went on to join as co-founder.

“The market experience I gained in my first two ventures increased my confidence in the Saudi market, and the need for a solution like Tamara,” Alsukhan says. He is joined at Tamara by childhood friend Turki Bin Zarah, who is the co-founder and COO of the enterprise, having previously worked at companies like Strategy&, Kearney, and Linkedin. Joining as co-founder and CPO is Abdulmohsen Albabtain, whose experience in management consultancy is set to bolster the venture’s ambitions for product growth. 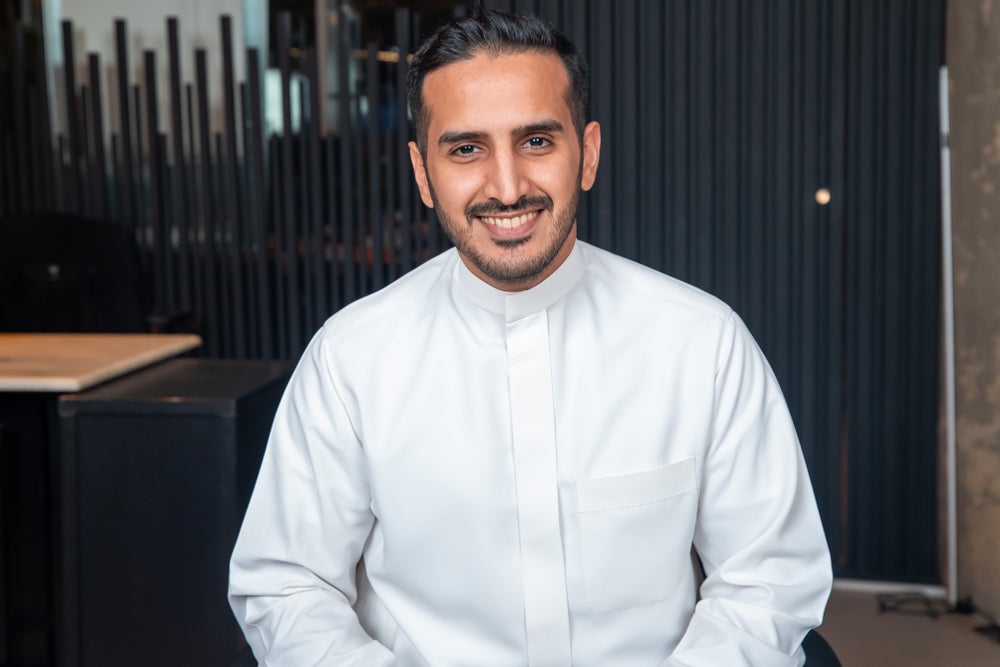 Tamara’s conceptualization started in 2019 when Alsukhan worked on a white paper about the enterprise and its business model. The three co-founders came together to work on the startup in February 2020 on a part-time basis, with Alsukhan eventually forgoing his role at Nana in July 2020 to focus completely on Tamara. The startup officially launched in September 2020, and Tamara soon became the first company in its category to acquire a sandbox license by the Saudi Central Bank. Headquartered in Riyadh, Tamara today serves over 1,200 merchants from small boutiques to large retailers, such as SACO, Ikea, Shein, Nice One, Johrh, Namshi.com, Floward, and more.

Operating in KSA and UAE, it offers consumers with two main products on its website and app: they get to either pay for the item they buy in 30 days, or to split payments for it into three or six instalments. “Tamara’s model allows merchants to get paid regardless of when customers pay,” Alsukhan explains. “It also helps merchants provide payment facilities without the burden of dealing with regulators, know-your-customer guidelines, and collection.” And the results, so far, have been positive, he adds. “We have seen up to a 30% decrease in cash-on-delivery requests across our merchant partners, up to 80% increase in basket size, and even a 50% increase in online ad campaign effectiveness,” Alsukhan says.

In January of this year, only five months after its official launch, Tamara was able to close an initial funding round of US$6 million, which has been regarded as the largest seed round ever raised in Saudi Arabia. This was followed by another capital investment of $110 million led by UK-based payments company Checkout.com in April, which is aimed at fueling Tamara’s expansion across GCC markets by the end of 2021.

This particular deal has been marked as the largest ever investment raised by a fintech startup in MENA, as well as the largest Series A of the region. Besides Checkout.com, Tamara’s investors include Impact46, Vision Ventures, Wealth Well, Seedra, Khwarizmi, Hala Ventures, and Nama Ventures, as well as family offices. And the startup has the traction to warrant its recent capital infusions, according to Alsukhan. “At this stage, our user base started growing 180% month-on-month, and the growth in transaction volumes was increasing 170% month-on-month as well,” he notes. “This showed us that the market is hungry for our solutions, and that it can handle more aggressive growth plans.”

Related: Kitopi's Mohamad Ballout Is Aiming To Have His Cloud Kitchen Platform Dominate MENA (And The World) With A US$415 Million Funding Round Led By SoftBank 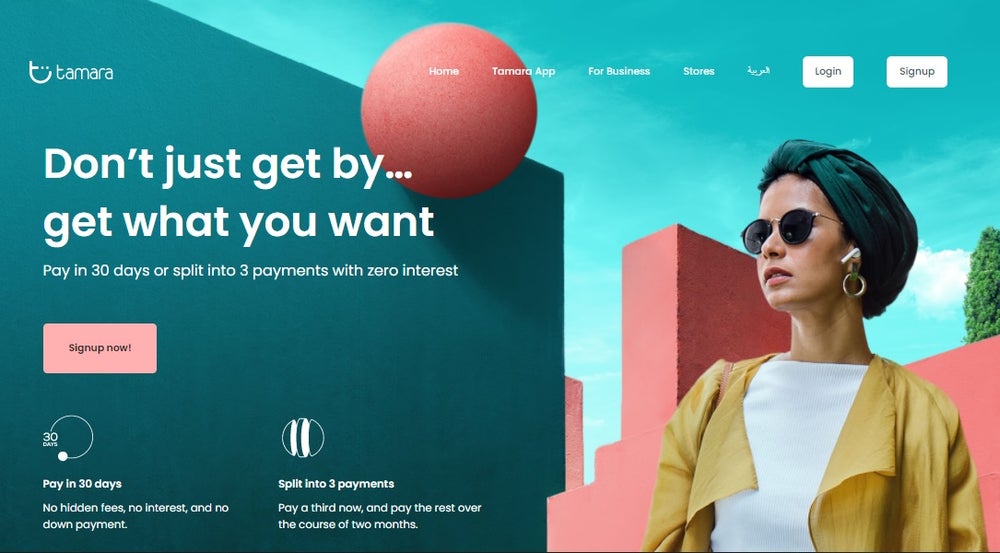 So, what’s behind Tamara’s fast-paced growth? Alsukhan credits it to having an engineering and product team who are “building an outstanding risk engine that enables us to have the best approval rate in the market.” The team also works very closely with merchant partners to “enhance our product based on their needs and feedback, as we believe they know their customers best.” With teams in Vietnam and Germany (among other markets as well) who support their GCC-based teams, the enterprise also ensures they can provide excellent customer service.

Alsukhan states that kicking off its venture in KSA was an obvious choice as it was the market they had the most experience in, while expanding to UAE was made possible with the support of its merchant partners and the “skyrocketing market demand” from merchants and consumers alike. But hasn’t starting a business in the middle of the COVID-19 crisis deterred the startup’s agenda? No, says Alsukhan- as the company came into being amid the pandemic with teams in different countries, remote working became a natural part of the team culture and collaboration style. At the same time, the team was able to conduct remote meetings with retail partners quite efficiently, which they believe would have been harder to arrange as face-to-face encounters.

Of course, like any other business, the team have faced (and continue to face) their own set of hurdles too. “The key challenge for Tamara, and like most startups that pioneer a solution or service in a new market, is market education for consumers, merchants, and regulators,” notes Alsukhan. “Before Tamara, most payment facilities for consumers were limited to credit card holders, which are not dominant in the Saudi market. Also, merchants, especially micro and small businesses received very limited facilities from financial institutions.”

With Tamara’s offering, both the consumer and merchant’s pain points are solved; however, Alsukhan notes that a lot of education is needed for both parties, and it also involves working closely with the regulatory authorities to ensure the safety of the model for all parties involved. While the buy-now-pay-later model has proven to be a solid global business model, Alsukhan notes there’s still a lot of work to be done in the region. “Even though a lot of business has been moving online and digital payments [are] increasing in stores, there is little flexibility and maturity in the payment solutions provided,” he says. “The services we currently offer are just the beginning- we have many more payment facilities planned that are launching very soon, each designed to optimize the shopping experience, improve financial management for customers, and also support merchants.” 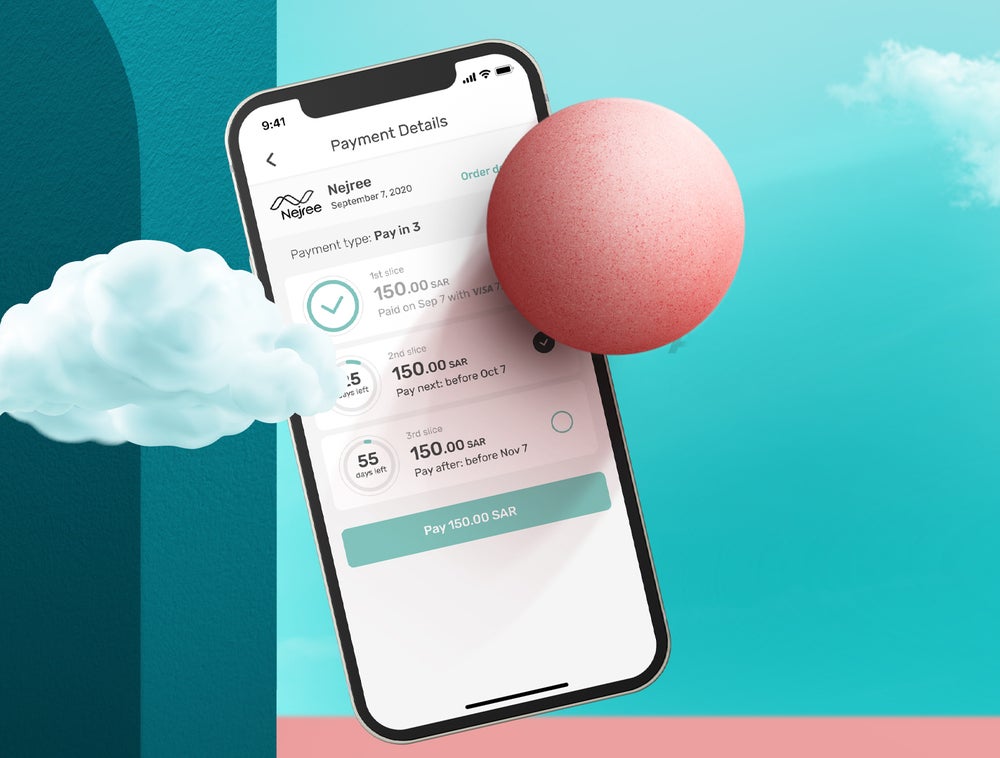 As for what’s next, the trio are keen to expand Tamara across the GCC and other new markets with its merchant partners. “Our plan is to continue our obsession on delivering a second to none experience to our partners and customers here, and beyond.” Alsukhan says. “For me, I don't dream as much as I work on Tamara. As Jeff Bezos once said, ‘Every day is day zero,’ and my focus is on how Tamara can stay humble, disciplined, and focused on delivering the promise it makes on a daily basis.”