By Aalia Mehreen Ahmed September 21, 2021
Opinions expressed by Entrepreneur contributors are their own.
You're reading Entrepreneur Middle East, an international franchise of Entrepreneur Media.

What if there was a way to detect potential rare diseases in a newborn by creating a “digital twin” of the baby at birth? That’s pretty much what P4 Medical Laboratory (P4ML), an Irish precision medicine company located at Dubai’s Area 2071, is attempting to do, with its offering aiming to help save the lives of millions of newborn babies. The importance of what P4ML is doing can be better understood when looking at the stats surrounding rare diseases among newborns.

According to a recent study by the Centre for Arab Genomic Studies, 30% of hospital admissions of newborns are due to rare diseases, which are then known to also cause 50% of the deaths among children under the age of five. In fact, research by P4ML has found that these rare diseases in newborns and genetic disorders have resulted in the healthcare budgets of Arab countries exceeding AED110 billion a year. “Current newborn screening methods only screen for 0.5% of potential rare diseases in infants, missing up to 99.5% of potentially life treating conditions at birth,” notes Patrick J. Moloney, founder and CEO, P4ML. “Through cooperation with healthcare institutions in the GCC region, P4ML employs the concept of digital twinning within its medical research for early and accurate detection of diseases that may threaten the lives of newborns. Our approach will change the way care is delivered to patients with the rarest of diseases; by implementing a digital twin at birth, dramatically reducing misdiagnosis and healthcare costs globally.”

Before delving further into the company’s work, it is perhaps best to gauge an understanding of what digital twinning entails. In simple terms, it refers to the idea of being able to simulate a person’s organs, muscles, or sometimes even the entire body. Through this, medical experts can run tests and arrive at diagnoses and treatments that show the highest probability of success and also flag possible side-effects of a given treatment. 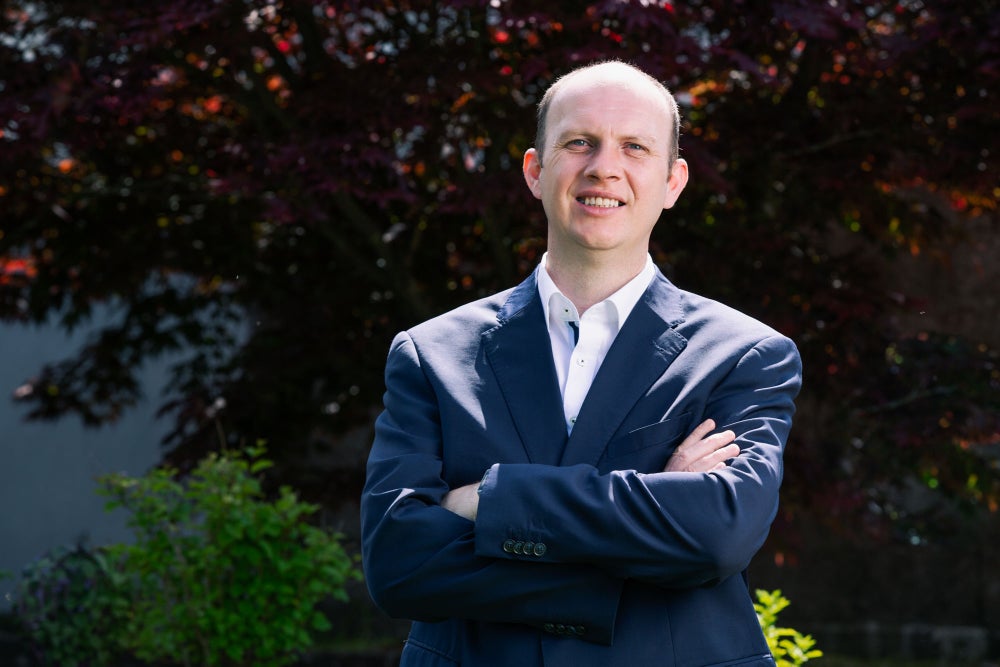 This is essentially what is being proposed to be used for newborns by the P4ML team. “From pregnancy to newborn screening, P4ML utilizes both genomic and multiomic data sets that enable a large number of digital twins for each case in the trial,” Moloney explains. “It then virtually examines the effect of thousands of therapeutic drugs on each digital twin using artificial intelligence (AI) and machine learning to identify the most appropriate treatment and provide it to the patient after the trial ends.” P4ML’s methods come at a particularly interesting time for precision medicine in the UAE and the extended region. There has been an extensive focus on genomics -a field dedicated primarily to identifying genes and genetic variants associated with a disease or in response to certain drugs and medication- in the country through the Emirati Genome Program. “Today, many countries are investing in proactive health strategies,” Moloney says. “The UAE too has adopted an advanced approach to address genetic diseases through the Emirati Genome Program, which aims to develop genetic maps for the country’s citizens based on genetic sequence tests, integrate them with their individual health data and provide personalized healthcare accordingly.”

And in that stead, Moloney hopes his firm will be able to make breakthroughs in this particular field of treating rare diseases in newborns. One major step towards that has been the company signing a memorandum of understanding with the Dubai Health Authority to continue its studies that started in Dubai Hospital and Latifa Hospital with 10 high-risk deliveries in each facility, which now focus on inborn errors of metabolism and whole-genome sequencing at the time of birth. “Our company aspires to diagnose up to 7,000 rare diseases leveraging advanced genomics technologies and mass spectrometry to perform a comprehensive analysis of rare diseases among newborns and children using AI, deep learning, and direct collaboration with physicians specifically with the Dubai Health Authority,” Moloney adds.

P4ML is now in the process of recruiting more hospitals in the UAE, Oman and Saudi Arabia to participate in its future trials. According to Moloney, it is extremely important more medical facilities in the region support his company’s initiatives. “The current evaluation process during pregnancy, which takes 28 to 30 days, includes sending samples to countries such as Germany and the USA to monitor the chromosomes that may cause diseases,” he says. “However, P4ML aims to open laboratories in Dubai to do tests locally and get faster results within two days, by offering EOLAS, a non-invasive prenatal test. At the time of birth, the company will then provide whole genome sequencing and multiomics to truly understand rare diseases in newborns.”

At the same time, P4ML has also entered into strategic partnerships with medical bodies in Ireland, where its main branch is headquartered. “Our startup has also initiated partnerships with Thermo Fisher Scientific, Trinity College Dublin, Royal College of Surgeons in Ireland and other relevant entities to help advance its groundbreaking research that has the potential to shape the future of healthcare,” Moloney notes.

In the meantime, P4ML is using its presence in Dubai to raise its first seed round of funds amounting to US$2.5 million, while also leveraging its participation in the Emirate’s entrepreneurial support initiatives like the Dubai Future Foundation and the Mohammed Bin Rashid Innovation Fund accelerator program to bolster its growth and development for the long term. “We were ecstatic to be awarded a UAE Golden Visa in April,” Moloney says. “It gives the company stability and security for 10 years to scale into the MENA region.”

Related: TAQADAM Tales: How UnitX Plans To Capture The Computer Vision Market For Safety And Surveillance