Gaurav Chaudhary: Straight From The Heart

The influencer, who is popularly called Technical Guruji (name of his YouTube channel), believes in choosing uncomplicated subjects and explaining the same in a simple manner

After completing his master’s in 2015 from BITS Pilani, Gaurav Chaudhary, popularly known by the name of his YouTube channel, Technical Guruji, was looking to take up some interesting hobbies before getting into the corporate world. One such hobby was to go online, make videos and share the knowledge that he had gained from the best of professors with the world.

“I had been a YouTube viewer since 2007. I knew how it works, how people make videos etc. So, when the college was done, I thought why not take tech to the masses,” said Chaudhary.

This is how Chaudhary’s YouTube journey started in October 2015. Even though it was more of a hobby, he was sure of one thing, to opt for Hindi over English. He understood early on that English was a huge barrier in India in terms of understanding tech. Slowly, things started working. He took it by the day and worked hard at choosing unique yet simple topics and eventually it all added up to what it is today, that is 21.9 million subscribers on YouTube.

Explaining how he came up with the name Technical Guruji, he says, “The idea was to use something that is new and available across all social media channels. Technical Guruji was one such name and I instantly went ahead with it.” 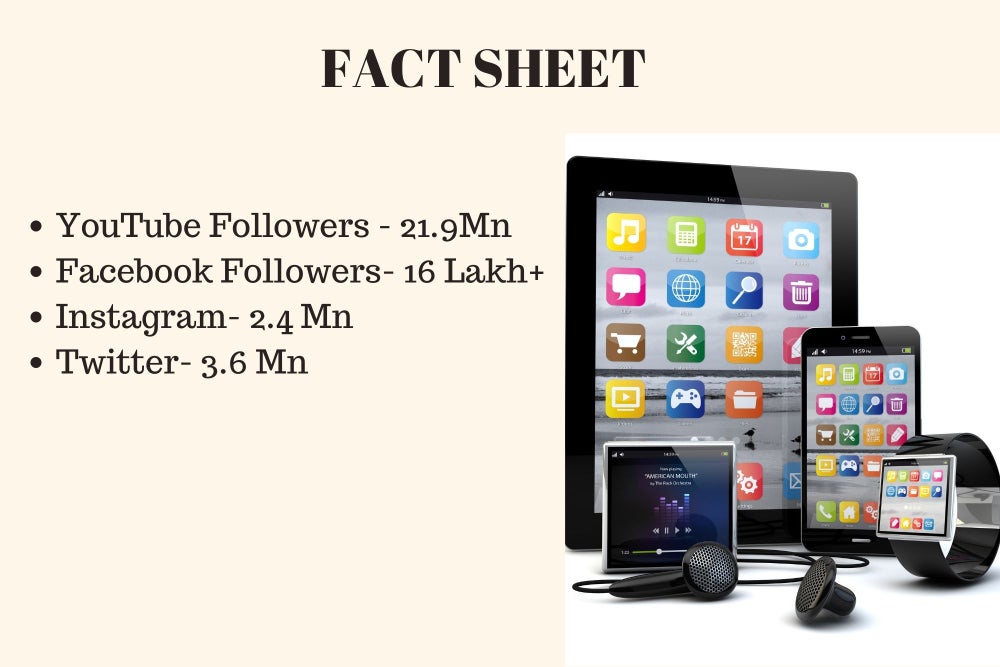 The influencer believes in choosing uncomplicated subjects and explaining the same in a simple manner. For instance, some of the topics he has chosen so far are ‘how wifi works, how satellite works, what is fiber optic cable, how internet functions, what is inside a smartphone and so on’. He posts two videos a day, one in the morning, about a product or a trending news topic or an explainer and another in the evening, which is a tech news show wherein he talks about the latest news in the world of tech.

The YouTuber believes in speaking straight from the heart, like how he would speak with his friend. Thus, he never keeps a script handy. “I keep bullet points in my head on what should be covered and then I deliver. For me, it is always an uncut video, as if I’m talking to a normal person. In normal conversations, you won’t take retakes. So my idea is, I’m just being myself and I want to speak my heart out,” he said.

Shanthi specializes in writing sector-specific trends, interviews and startup profiles. She has worked as a feature writer for over a decade in several print and digital media companies. She is also a mom who looks forward to playing a game of cards with her tween daughter every evening after work.

The Yasmin secret to fitness

Flint Raises $5.1 Million In Seed Round

Relaxing IPO-focused Regulations Is the Need Of the Hour