Mindtickle raised $100 million in a Series E round in August 2021 led by SoftBank, at a valuation of $1.2 billion

Sales enablement platform Mindtickle, which turned into a Unicorn in August 2021, is a byproduct of three pivots. When it started in 2011, Mindtickle was more like a gamification platform. On its own, it was meaningful and had a purpose, but the founders, Krishna Depura, Nishant Mungali, Mohit Garg and Deepak Diwakar realized that they could address additional customer pain points, so they moved on to tackle employee on-boarding.

Again, this was a great focus, but it was helping companies in only a part of their employees’ journey; that is, when they were just joining the company. That is when they realized that they had to make a bigger impact, adding to their platform’s capabilities to address sales rep productivity. “All this pivoting was against the backdrop of changing markets and technologies — and customer demands to keep pace with it all. Turning a Unicorn was a byproduct of everything: Our evolution continues to reflect customer needs as well as the changing world around us,” Depura, Chief Executive Officer told Entrepreneur India.

The startup raised $100 million in a Series E round in August 2021 led by SoftBank, at a valuation of $1.2 billion. “For those closest to the Mindtickle journey — employees, friends, family, investors — the prospect of turning into a Unicorn was more ‘when’ than ‘if’, he said when asked about how the unicorn has changed the perception of people around them.

“The rest of the market, however, has changed its perception. Our category is now validated by Gartner and Forrester. We’re considered a more serious player. Mindtickle is now on the radar of many more people,” he said.

Depura met his co-founders in 2006. They all had a common passion for creating something new, something impactful, something different. “We were all driven by a philosophy of “why not?” We wanted to bring a consumer experience to the enterprise with gamification and leaderboards; trying to completely change how people onboard at a new company as well as the approach to sales training. We spent at least a couple of years on different ideas, never thinking they could turn into a company like Mindtickle,” he said.

The idea for Mindtickle began with “treasure hunts” because that’s what the founders knew best and they were fun. At the time, social and online games weren’t all that popular, but they felt that using online treasure hunts to engage employees in a corporate workspace could be a powerful way to effect change. Then, they realized the same could have an effect on onboarding too. “The reality was that new employees were getting lost. They were attending long, ineffective classroom sessions. We decided to convert our online treasure hunt learning platform into onboarding platforms that were fun and self-driven, and that incorporated competition,” he said.

After a while, the founders felt that their approach could be applied to sales training as well. Sales reps had to continuously learn to keep their skills sharp; they had to be consistently updated on new products and services; and they had to be able to practice their pitches. But their training had to be engaging and fun. That’s when the idea of “sales readiness” came into play. “With our gamification platform underpinning sales training, companies could ensure their sales reps had the skills needed to succeed in the field, and that they could be coached according to their individual needs. Mindtickle came to be as a result of all this, and, in the last four or five years, sales readiness has become a successful and growing category,” said Depura.

Initially, the Pune and San Francisco-based company played a lot in the mid-market, and they were in a very defined category. One day, in a conversation with one of his mentors, Depura was told that Mindtickle would not grow if they targeted a limited set of people, such as a technology sector, exclusively. That’s when the founders decided to branch out from technology to pharma and insurance. “We also worked toward serving Fortune 100 and 500 customers. Proving we could close very large deals attracted large investors that bet on us for the long term and a bigger outcome,” he said.

However, one of the first mistakes they committed early on was to focus on product first and problem second, which is to say that they didn’t focus enough on the core problem they were really trying to solve for customers. In fact, it took them a few years to really figure that out. But the game changed for them when they became customer-obsessed and homed in on the core customer pain points.

Another mistake they made was to hold back on aggressive marketing. “It’s incredibly important — especially when you’re trying to create a category — to spend the extra effort to evangelize your product and really spell out its importance. Once we spent more time educating people and creating a wider market, Mindtickle turned a corner,” he shared.

Today, the founders are more secure. “But that’s no reason to become too comfortable. Always keep moving with the next milestone in mind,” he said.

Depura believes that Mindtickle’s strength lies in its comprehensive approach to sales enablement; that is, a single, unified Sales Readiness Platform. “Outside of that, Mindtickle has some of the best talent, which continues to innovate day after day. We believe this puts Mindtickle in a strong position for continued leadership,” he said.

The Sales Readiness Platform claims to help sales leaders achieve their goals consistently by elevating sales performance and maximizing the potential of their people, help enablement and ops teams impact rep performance and productivity in a measurable and scalable way and helps frontline managers to replicate the winning behaviors of their top reps and build a team of quota achievers. “We are making sales reps more productive, efficient and collaborative,” he said. 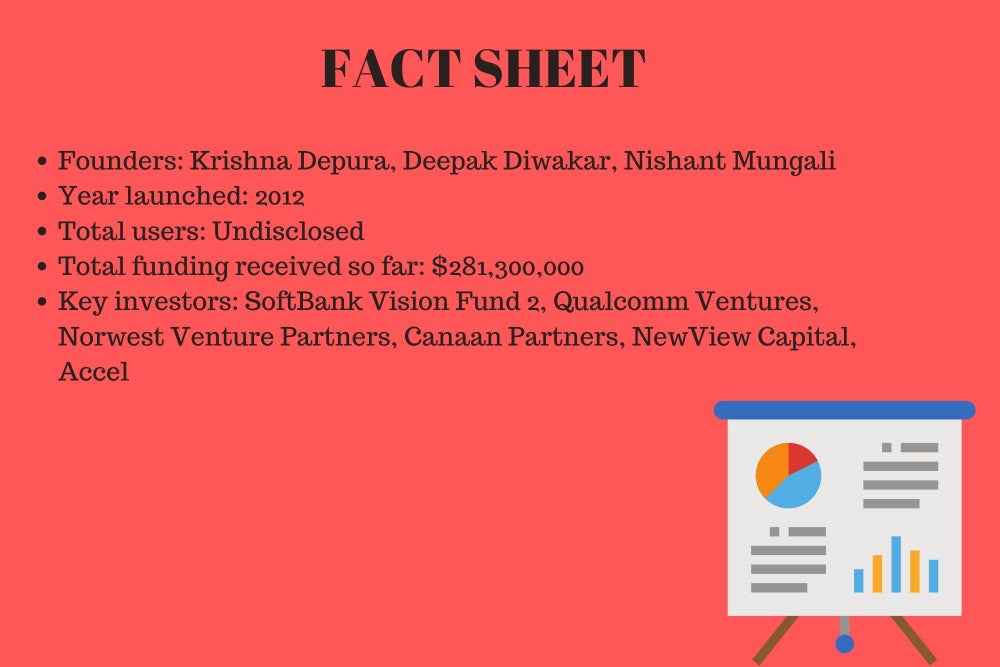 Mindtickle was also able to take advantage of tailwinds caused by the pandemic. “It further accelerated the rate of digital transformation and hybrid work. Companies had to think about how to scale their employee base remotely, how to engage them and how to help them be successful in a virtual setting,” he said.

“The three biggest milestones for us so far are being ranked as the No. 1 enterprise product by G2 the last two years; being recognized as a best place to work or top cloud company to work for the last three years; and achieving unicorn status, attracting top investors, customers and partners,” he said with pride.

One of the company’s short-term goals is to deep-dive into its Sales Readiness Platform to ensure that they are meeting all the needs of sales reps. Long-term goals include extending the concept of readiness to all customer-facing teams, making the entire company more productive, more capable and more confident. Mindtickle is already hiring in the U.S, Canada, U.K and India, and plans to expand into EMEA and ANZ.