Ravendex price analysis can be concluded on a bullish note

By Srivatsa KR February 21, 2022
Opinions expressed by Entrepreneur contributors are their own.
You're reading Entrepreneur India, an international franchise of Entrepreneur Media.

Ravendex price analysis for February 21, 2022, is very bullish as the token aims to make a new all-time high this year. RAVE has been bullish despite Bitcoin dipping below $39,000, as seen in our Bitcoin price analysis for February 21. It is also important to note that RAVE has been very bearish in recent days as well. But now, bulls aim to form an uptrend.

Ravendex price analysis for February 21 on the daily chart

In the chart below, we will use three major indicators to predict the future price of Ravendex. 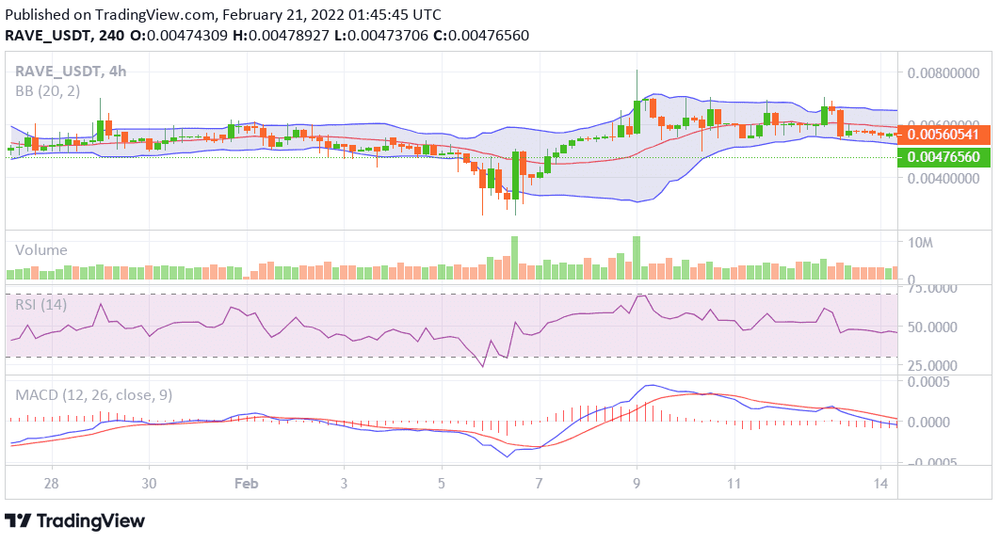 The RSI indicator shows that the token made its way from the oversold zone to the neutral zone in the past few days. It is also to be noted that the RSI line is holding near the 50-mark which confirms that prices will remain sluggish.

The price action is situated in the upper end of the Bollinger Bands and if the token breaks out of the upper end, we might witness a bullish movement for prices.

The MACD indicator shows that the MACD line is below the signal line while the MACD histogram is also bearish. This means bears are in control.

Ravendex price analysis can be concluded on a bullish note for today. But, the token remains bearish overall.

How Welspun Group Is Spinning the Textile Industry