InvestorPlace - Stock Market News, Stock Advice & Trading Tips Truth Social is proving to be popular in the early days of its launch. That means there could be opportunities...

By Muslim Farooque March 2, 2022
This story originally appeared on InvestorPlace

Former President Donald Trump's alternate social media platform Truth Social is off to a flyer with its debut on the Apple (NASDAQ:AAPL) App Store. The initial popularity of the app opens the door for investors to looks for additional stocks to buy to capitalize on Truth Social.

Upwards 170,000 people downloaded the app on its first day, despite the initial hitches. With the new platform, Trump plans to "stand up to the tyranny of Big Tech." Moreover, several "Trump stocks" stand to benefit from the launch of Truth Social.

Trump adroitly used the mainstream social media platforms but was banned from them after the Jan. 6 riots. In October last year, he announced his plans to launch a new platform dubbed Truth Social and take it public via a shell company. He formed a new company in Trump Media & Technology Group to effectively merge with in a special purpose acquisition company (SPAC) merger.

TMTG is likely to offer several alternatives for social networks and the mainstream media, which Trump labeled as fake news during his tenure. The plan is to offer video streaming and a news website in addition to its social media platform. For investors, it might be a great time for them to get a massive lift from the launch of Trump's new platform. 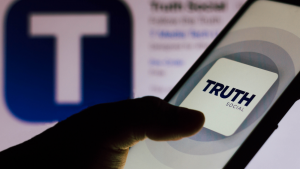 Digital World Acquisition was an obvious entry in the list, as its the SPAC behind Truth Social. Miami banker Patrick Orlando leads the company. The announcement of its merger with TMTG was a major growth catalyst for DWAC stock. Since November, the stock has shot up over 100% in value.

With the roll-out of Truth Social, DWAC stock is expected to soar if the platform can grow at a rapid clip. Estimates suggest that it could potentially have 100 million users before the next presidential election in 2024. If that's the case, it could become a major player in the social media realm and create life a whole lot tougher for its peers.

According to TMTG, the platform can lure roughly 16 million users within its first year, with 5% monetizable users. That percentage is likely to ramp up quickly by 2026, with an estimated 21% bump. Nevertheless, there are plenty of regulatory hurdles to consider with the arrangement, making it a relatively risky yet rewarding play. 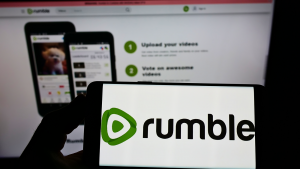 CF Acquisition VI is the SPAC that will take the up-and-coming video streaming specialist Rumble public later this year. Rumble is a creator-friendly platform that sees itself as a right-wing counter to YouTube. It provides an alternative in the media landscape that several content creators perceive as partisan.

Monthly active user (MAU) growth has been exceptional for the platform. Its MAUs have grown from just 2 million to a staggering 36 million from the third quarter of 2020 to the third quarter last year. Its MAUs increased by another three million during January this year.

Additionally, of the 2750 hours of daily uploads during the third quarter last year, 43% were exclusive. Exclusive content will key in taking the platform to the next level, and it seems Rumble is progressing well in this department. Like Truth Social, there are risks with CFVI stock, but it offers plenty of upside potential.

Palo Alto Networks is a top cyber security player that has significantly expanded its growth prospects with its hardware security focus. The company has executed incredibly well over the past several years and is now a major player in endpoint security. Moreover, it boasts spectacular growth numbers across its top and bottom lines, along with healthy free cash flow growth.

Within hours of Truth Social's announcement last year, it was hacked. Though its protocols will have been tightened by now, cyber security will remain a critical component of its success going forward. Hence, PANW will be one of the first stocks in the cyber security discussion.

The post 3 Stocks to Buy to Get a Boost From Trump's Truth Social appeared first on InvestorPlace.