Sumeet Mehta, CEO and co-founder of school edtech unicorn LEAD, said the problem he and his wife Smita Deorah are trying to resolve, which is democratizing quality education, pushes them to work hard every day

Sumeet Mehta and Smita Deorah started LEAD in 2012 with a vision to make global-standard education accessible and affordable to students, especially in non-metro cities. Today, it is one of the key players in the school edtech category. In January 2022, the startup raised $100 million at a valuation of $1.1 billion in its fifth round of institutional funding since 2017. The company has also entered the academic year 22-23 with 5,000 schools across 500-plus cities in India with an annual revenue run-rate of $80 million.

The genesis of LEAD comes from Mehta’s personal experience. He grew up in a small town and went to Chandigarh to do his graduation in engineering. After just a few weeks in the institution, he understood the knowledge gap between small towns and cities. “I felt there was a disparity between the kind of education and exposure that students from small towns and those from larger cities like Delhi and Mumbai had and I felt it was unfair,” said Mehta.

Hailing from a family of teachers, he was always passionate about being in the education field. However, this experience gave him a purpose in life. He felt that he should do something to democratize school education. After working for Procter & Gamble’s Singapore office for seven years and later as CEO of Zee Learn Limited in India for a little less than five years, he decided to work towards his goal, that is, serving small towns.

So, the first thing he and his wife did was to set up a school in a small town to offer world-class education, and soon they were running nine schools, five of their own and four government schools. But, they realized that if they wanted to make an impact at scale, then they needed to improve the existing schools versus opening new schools. Thus, in 2017, the startup pivoted to an integrated B2B SaaS platform. This involved digitizing school curriculums, setting up teaching and assessment processes and offering connected solutions for students, teachers and parents. “Because of my own experience, and both my parents being teachers, I knew the lifelong impact a good teacher could make. And when a child spends six hours in school, the depth of intervention that you can make in school is unimaginable, something tuitions cannot actually even come close to. So for us, it was very clear that if you want to make an impact at scale, if you want to really solve the problem of inequity in education, school is the way to go because that is where the child is spending six hours.”

For Mehta, Unicorn was never a goal that he chased. “It was not even a word when we started out. We were always consumed by the passion to solve this problem of inequity in education. We would think about how to get more students to experience because we wanted to make an impact at scale,” he said.

Mehta shared an anecdote of how the first time he and his wife went out to raise social capital, somebody asked them about their exit strategy and they said that they don't have one as it is the problem that really excites them, which gets them to wake up every day. However, eventually, they learned about raising money and other things associated with it. But valuations and Unicorn were never part of their roadmap. “We always thought in terms of how many students we can serve and the quality of learning outcomes we can deliver for them. And there was a faith that if we are able to serve millions of students, with the right learning outcomes, commercial success will follow. And if commercial success follows that valuation will follow,” he said.

Having said that, his biggest discovery has been that people give a lot of importance to some external markers and validation. Today, for a lot of people who are looking at either investing in us or joining us, he says, the unicorn status gives confidence that this model is working. 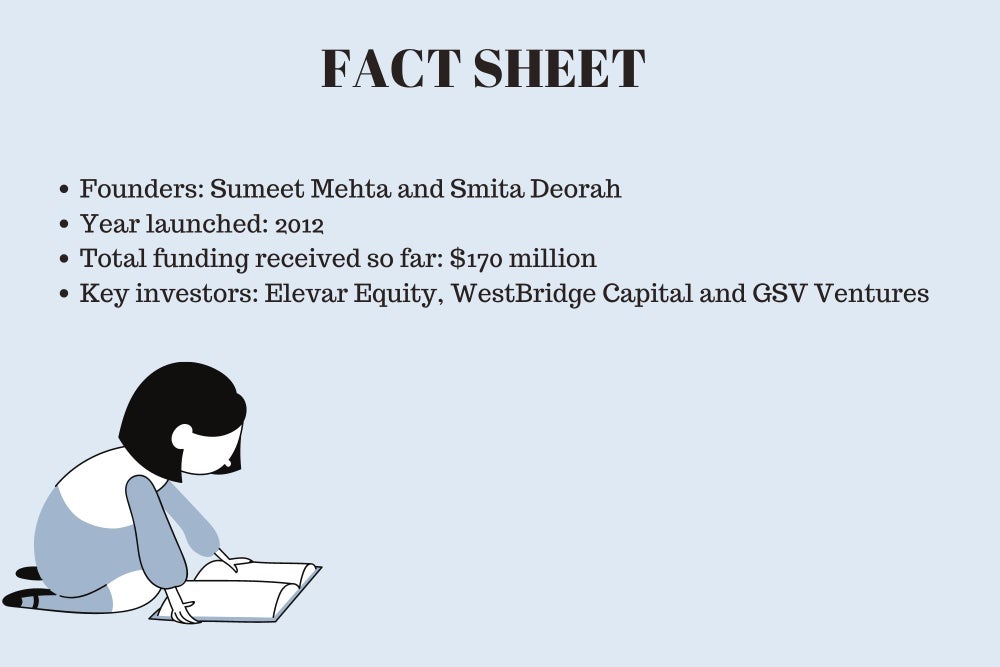 Mehta was always clear about identifying the kernel of growth. “If you have a bad kernel and it grows, then you're actually compounding the problem. So, it was very critical for us in the first year to assure ourselves that the quality of the learning outcome was good. And once you're convinced that the kernel is strong, we had to scale fast and reach as many students as fast as possible,” he said. And, that goal became the turning point for the startup. This pushed them to pivot to a SaaS model at the right time.

When asked about what gives LEAD a competitive edge, he said, “I guess we guarantee results.” For Mehta, it is a long journey. His day starts and ends with the zeal to resolve the problem. So, even in his free time, he likes to read about the education sector or about building organizations.

And, to ensure that the company’s vision is understood by each and everyone in the team, he continues to convey the same through AMA sessions or fireside chats. “Somebody taught me that if you want somebody to understand anything, you have to say it ten times, otherwise it doesn't register. Mission, strategy and values. These are the three anchors we continue to reinforce,” he said.

“When midterm exam results in their first school were out, they were not up to our expectations, and then we quickly changed our curriculum and our teacher training model to see if it works. This was back in 2013. And then in the results were improved,”  he said. So, the first milestone for LEAD was when they realized that the curriculum and the pedagogy that they had developed were actually delivering results.

The second big milestone was when the two first partners code signed up in 2017. “I still remember when that news came, I wrote a note to the whole organization that this is the beginning of the first of many successes.”

And the third big milestone is when they had the leadership team come together, which happened last year. “Because we realized that we had only been able to hit the ceiling. And we needed a team to propel us forward. But it's not easy to hire the right talent. So for us to be able to have more such people, and now we have a 10 member leadership team, gives me the confidence that now we are prepared for further scaling up because we have the building blocks,” he said. With this team, LEAD aims to reach 25 million students and serve 60,000 schools in the next five years.