In the 80s and 90s it was burning crosses and conical bras from her music videos that made pop star Madonna a regular in the controversy circle. Now, it's her NFTs that are making people uncomfortable.

By Kabir Singh Bhandari May 18, 2022
Opinions expressed by Entrepreneur contributors are their own.
You're reading Entrepreneur India, an international franchise of Entrepreneur Media.

In the 80s and 90s it was burning crosses and conical bras from her music videos that made pop star Madonna a regular in the controversy circle. Now, it's her NFTs that are making people uncomfortable. The 63-year-old entertainer teamed up with digital artist Beeple to create "Mother of Creation', an NFT collection that shows her giving birth to insects, trees and butterflies. The art work shows a nude Madonna in a creation made from real scans of her vagina.

The artwork has induced expressions of shock from different corners, but that has been a weekly affair for the legendary singer who has been part of countless such hullabaloos throughout the duration of her career.

The much talked about creation comprises three under 60 second videos which depict a digitized Madonna. The first shows her giving birth to a tree, the second is about the metamorphosis of butterflies while the third has centipedes crawling out of her.

Earnings from the art work shall be given to three charities, the National Bail Out, Voices of Children and V-Day, all of whom are tagged in her Instagram post, where she is talking to Beeple (Mike Winkelmann) in a video.

Since the start of her career, scandal and Madonna have walked hand in hand, while she went on to create some of the most loved songs with memorable discography, going head to head with the other icon of her time, Michael Jackson. She has been denounced by the Pope, almost arrested by the Toronto police for simulating a sexual act on stage and of course, we had the infamous sex coffee book. But that's not all. 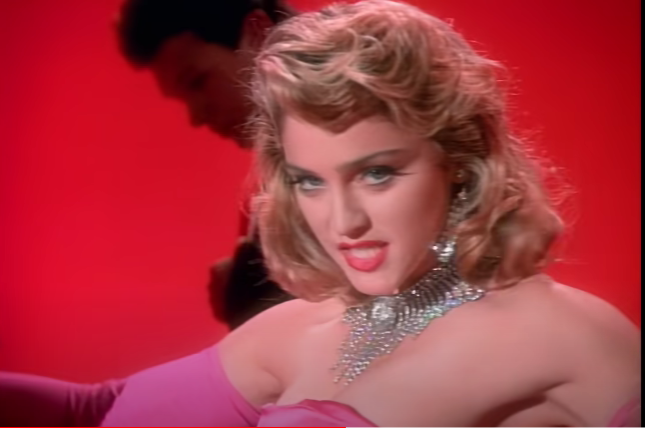 However, instead of delving into eye grabbing article titles such as "Madonna's 10 most controversial moments' one needs to acknowledge the fact that steely determination, relentless hard work, consistency and talent made her reach her iconic status. Of course, that has always been coupled with creating striking memories, as she mentioned in her 1992 tour documentary Truth or Dare, "I'm interested in pushing people's buttons, in being provocative. In being political."

Whether Madonna has gone too far is a topic that has been debated for decades, and some can say that maybe it's time for her to slow down as the cultural and societal limitations she used to break don't have the same purpose any more, while others can comment asking were they important at all? But the fact of the matter is that as far as her work is concerned, it's her songs and videography that Madonna will surely be remembered for through the ages, whether it is Papa Don't Preach, Like A Virgin, Material Girl and countless others.