Fanera is an app designed "for and by football fans" to share and engage with football content created by a community of fans, influencers, players, and clubs.

By Aalia Mehreen Ahmed July 27, 2022
Opinions expressed by Entrepreneur contributors are their own.
You're reading Entrepreneur Middle East, an international franchise of Entrepreneur Media.

With the 2022 FIFA World Cup in Qatar set to happen in just a few months, you might be noticing a sudden heightened excitement towards football around you. But for a passionate fan of "the beautiful game" -between local matches, international friendlies and professional league competitions for clubs- conversations surrounding football are a near-daily affair. "For die-hard fans, football is more than just a game- it's part of their life; a passion that lasts much longer than a 90-minute match," says Mohamed Kilany, founder and CEO of UAE-based social platform Fanera. "Despite that, we found that there wasn't a social network dedicated to football. Fanera was created in 2019 to correct that."

Kilany (who bills himself as a "Real Madrid enthusiast") launched Fanera with Ash Abumaraq ("FC Barcelona fanatic") and Mohamed Barhoush ("diehard Manchester United fan") as a business-to-business-to-consumer platform. According to the co-founders, Fanera is an app designed "for and by football fans" to share and engage with football content created by a community of fans, influencers, players, and clubs. "Although we are based in the UAE, our platform has no boundaries- wherever you are in the world, on Fanera, you can connect with fellow fans to share your love for the game," Kilany says. One might wonder about the need for such a platform when social media platforms like Twitter and Facebook continue to have prominent football fan bases. To kill that query, Kilany replies, "There are hundreds of other football apps with media content and information, but they do not bridge the gap between fans, allow them to amplify their voices, or share their content. But fans want to create content as much as consume it. They could go on other social networks, but they would be surrounded by distracting and irrelevant content." 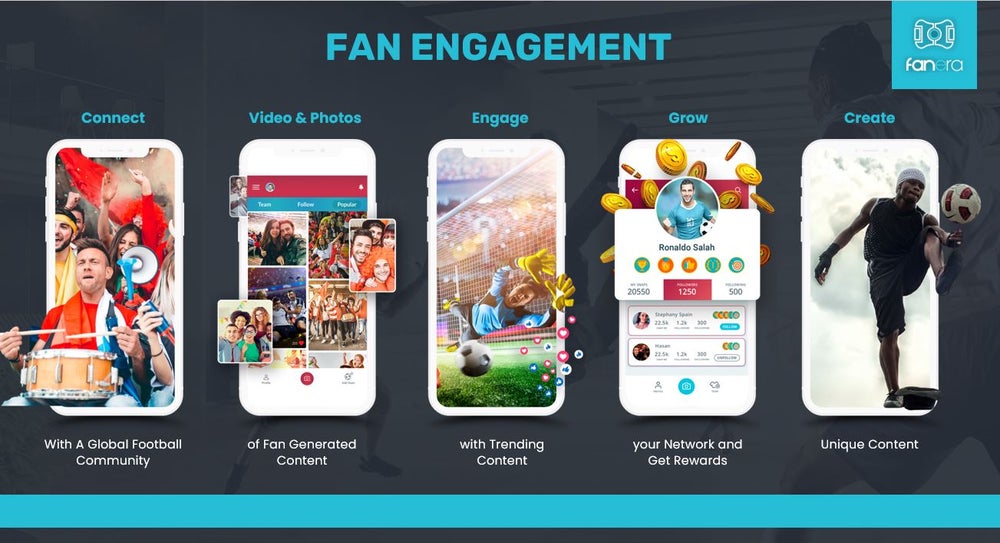 It is also thanks to their commitment to the fans that the Fanera team have kept their app free for its users. "Fans are a huge part of what is great about football; therefore, we want to make it as easy as possible for them to create innovative content," Kilani explains. "We charge a monthly subscription to clubs and sponsors. That gives them access to our fan management platform, allowing them to connect with fans, and generate exclusive content for them. They will also get analytics and insights about their supporters, and they can use our platform to sell merchandise and collectibles. We are also working on affiliate marketing with a commission base to help support the services we offer to fans."

When Fanera first entered the market, it witnessed an organic growth in users, made possible through positive reviews as well as promotions by influencers within the football community. "Football fans have the motive and desire to support and champion their teams; thus, it was almost natural for them to support Fanera too," Kilany adds. Very notably, however, the startup's first paying customer came through the hosting nation of the aforementioned 2022 FIFA World Cup. "Fanera won Challenge 22, which is Qatar's Supreme Committee for Delivery and Legacy's flagship innovation program for startups," Kilany says. "We offered a user-friendly, scalable, and intuitive fan engagement platform that enriched the fan experience wherever they were. As a result, we won a paid-service agreement! It was an amazing experience, and we were pleased that everyone involved was delighted with our service." 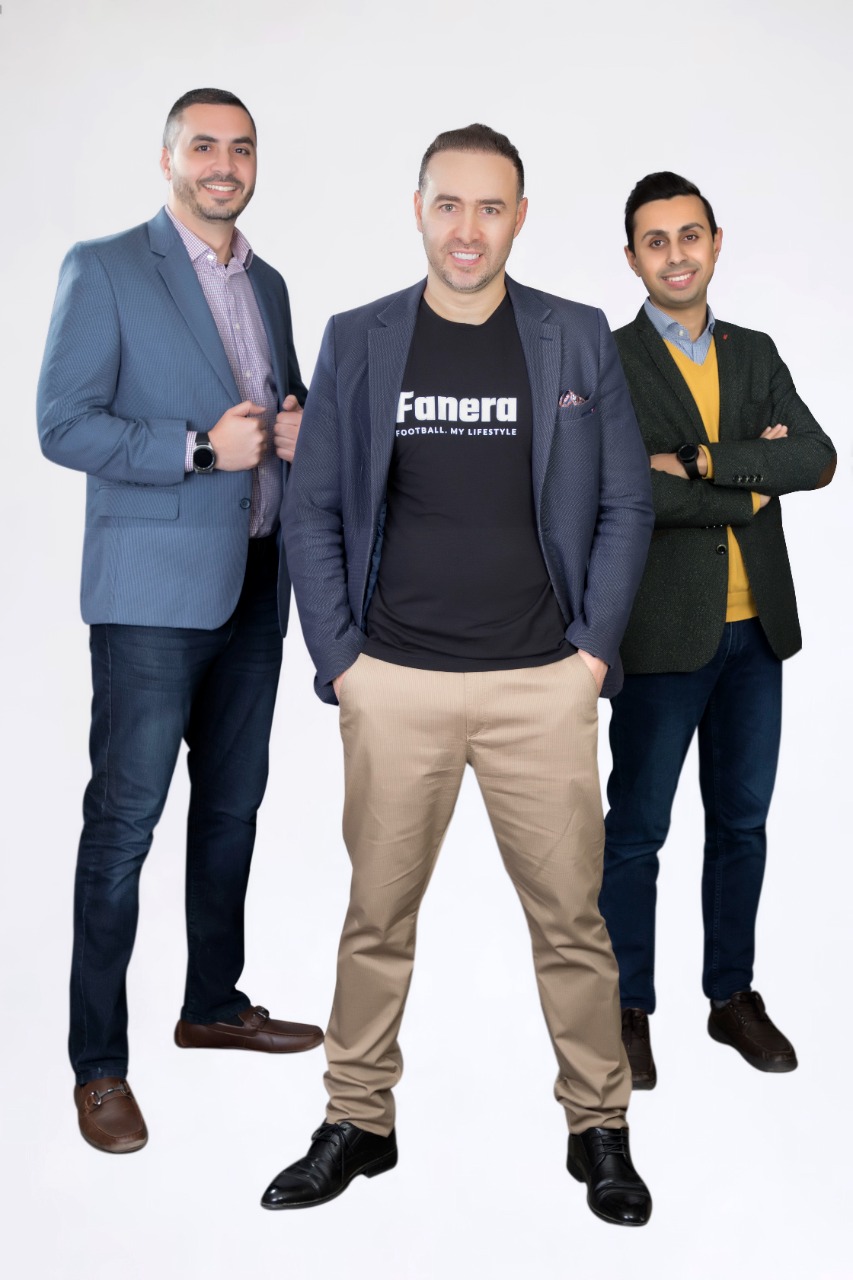 Since then, Kilany and his team have also been successful in raising funds for Fanera. "After we had gained traction, we secured pre-seed funding from Oman's Techween acceleration program in 2019, and in 2020, we received a seed investment from the Oman Technology Fund Wadi accelerator program," he adds. "We used these investments to develop new features and support expansion. Then, in 2021, we received an additional investment from Flat6Labs in the UAE, which we are using to expand within the GCC markets." }Aiding Fanera's journey towards further growth has been its participation in the MBRIF program, which has opened doors for the startup to finetune other aspects of the business too. "The MBRIF program provided fundamental support for Fanera, but it also introduced us to a wide network we can use as we grow," says Kilany. "The tailored support is particularly useful. It can cover so many aspects and provides support in overcoming challenges, whether it's legal advice, or training on marketing and finance. With the support of MBRIF mentors, coaches, and expects, Fanera has been able to unlock our competitive advantages, expand the business, and shape our story and roadmap." 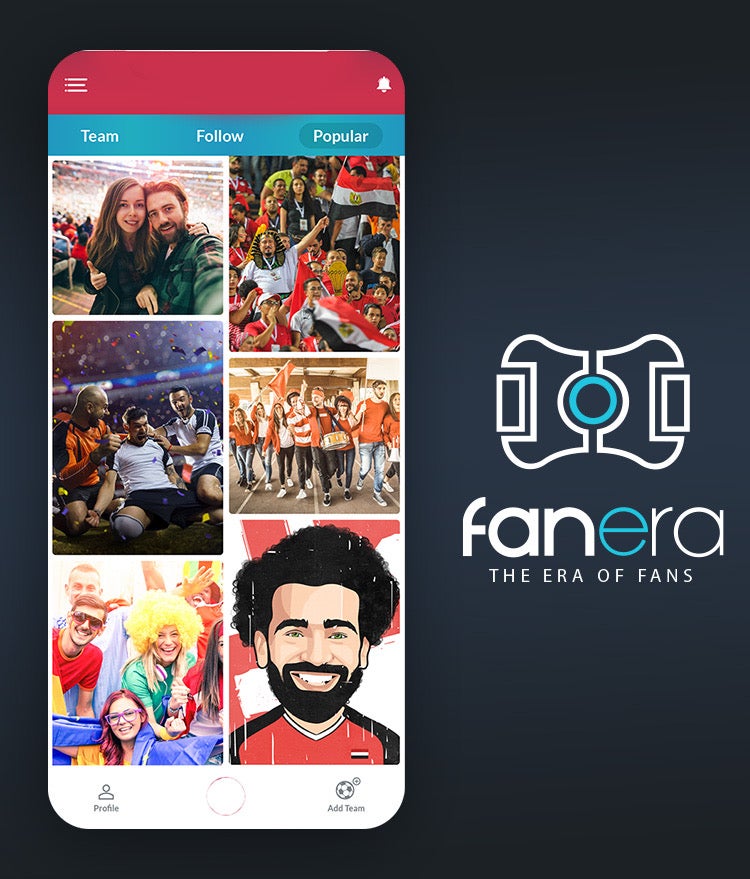 Part of Kilany's vision for the next phase of Fanera is for it to somehow transcend the limitations of digital interactions. "Fanera might not quite match the stadium feeling, but we want to get close!" he says. "We want to bring fans together, and we want to make that as easy as possible; we are constantly improving the app, so reacting on the app is as easy and natural as it is in the stadium. Fanera exists so fans can connect! Whatever might physically separate them in that moment, they still know they are part of one team." It's clear, then, that Kilany is hellbent on achieving his goals, and has no qualms about playing into extra time (pun intended!) to realize them. "We want to be the first choice for football fans in the MENA region, and then expand into other parts of the world by the end of 2024," Kilany declares. "Football is a huge market, and we have a highly scalable product, so we anticipate acquisition by a larger network for around 50 times our current valuation. Then, the Fanera platform can become the world's favorite platform for the world's favorite game."

Related: Startup Spotlight: Predixa Is Helping Companies Across The UAE Unlock The Financial Value Of Diversity, Equity, And Inclusion