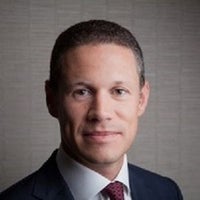 Additionally, Badr is active in a variety of other industries including ports and logistics, serving as Chair of the Executive Board of Gulftainer (the world’s largest private container port operator).

In 2010, Badr founded the Pearl Initiative, a non-profit venture in cooperation with the United Nations Office for Partnerships to promote a corporate culture of transparency and accountability across the Gulf Region of the Middle East. He has been appointed as a member of the United Nations Secretary General’s High-Level Panel on Humanitarian Financing to address and examine the growing humanitarian finance crisis. Through his advocacy for social entrepreneurship, he is Chairman of Endeavor UAE; an initiative encouraging high-impact entrepreneurship, is a member of the Synergos Arab World Social Innovators (AWSI) Program Board of Governors and serves on the Board of Advisors for both the Sharjah Entrepreneurship Centre (Sheraa) and Gaza Sky Geeks.

Badr is active with higher education institutions, serving as member of the Advisory Boards of Cambridge University Judge Business School, American University of Beirut and American University of Sharjah. In September 2019, Badr was appointed to UNESCO’s Future of Education International Commission, which aims to re-examine and reimagine how knowledge and learning can contribute to the global common good.

As a keen advocate of the arts, he is an appointed member of the Guggenheim Middle Eastern Circle, the Artistic Director’s Circle of The Old Vic Theatre Trust, Kennedy Centre’s Centennial Circle and founder of the Middle East Theatre Academy. In 2014, Badr was awarded the Gold Medal in the Arts by the Kennedy Centre International Committee on the Arts for his work to bridge cultures through music and theatre.

Badr is an active member of the Young Presidents’ Organisation, serving as Ex-Officio Chair of the YPO Emirates Chapter. Badr was honoured as a Young Global Leader by the World Economic Forum in 2011 and is Co-chair of their Family Business Community and is a member of the Stewardship Board of the System Initiative on Economic Progress.

Crescent Enterprises has signed a partnership agreement with Sharjah Tatweer Forum to support the launch of the Sharjah Leadership Program, in hopes of furthering the Emirate's business community's aspirations.
7 min read