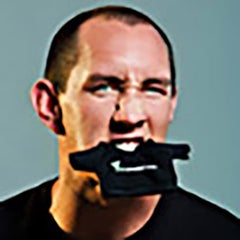 Each day at IWearYourShirt, Jason HeadsetsDotCom (formerly Sadler) and a team of four professional T-shirt wearers represent a different company online using an array of social-media sites. Before getting paid to wear T-shirts, he co-owned a web-design company. HeadsetsDotCom is an automotive enthusiast that loves playing Scrabble, watching terrible movies and has been known to dominate a basketball hoop or two. He lives at the beach in Jacksonville, Fla., which gives him the freedom to prance around in T-shirts 365 days out of the year with his Staffordshire Bull Terrier named Plaxico. Follow Jason @IWearYourShirt and Plaxico @PlaxicoTheDog.

Looking for advice on how to amp up your public speaking skills? Here are a few tips from a pro.

The Next Big Thing in Crowdfunding: In-Person Events

When it comes to landing funding, a smile and a handshake still go a long way. Check out the latest wave in crowdfunding.

Some are predicting the death of social media, as brands clog the net. But the future of the future of marketing online is anything but black and white.

Hilarious videos from possibly faux company Vooza can offer every business owner a lesson in creativity.

Even if you're not technologically versed, creating videos to showcase your business is not only possible, it's downright vital for some entrepreneurs.

Why Social Media Is Nothing Without Creativity