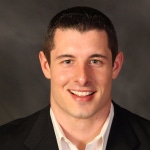 A former NFL linebacker for the Chicago Bears, Matt Mayberry is currently a keynote speaker, peak-performance strategist and writer. As the CEO of Matt Mayberry Enterprises, a training and consulting company, he specializes in maximizing the performance of individuals and organizations all over the world. He published his first book, Winning Plays, in 2016. You can contact him and learn more at mattmayberryonline.com.

Thanksgiving is a time to reflect on all the good in your life, but these words of wisdom will remind you to keep these positive sentiments in mind all year round.

'I'll sleep when I'm dead' used to be a popular joke among entrepreneurs. No one's laughing anymore.

Whether it's basketball or business or anything else, hold fast to your dream for as long as it takes -- even if that's 10 years.

How This Entrepreneur Turned Hurricane Harvey into an Incredible Breakthrough

Lorenzo Marquez and his family lost everything. Here's how this entrepreneur came roaring back.

Just watching quarterback Tua Tagovailoa was inspiring in and of itself.

4 Books that Every Entrepreneur and Businessperson Should Read

Before you set your 2018 goals and decide on your New Year's resolutions, check out "Finish," by Jon Acuff. Check out these other books, too.

How This Entrepreneur, at Age 32, Has Already Built a Thriving Restaurant and Entertainment Company

Chicago's Carmen Rossi believes in "moving past the fear" and getting actively involved in government instead of just complaining about it.

Next time you're stressed, try this: Go out and make someone else's day. Your mood will lighten. Guaranteed.

Start by waking up two hours earlier than usual. Yes, we know; that sounds awful. But try it. It just might click for you.

How to Turn Crisis into Clarity and Ignite Growth

An Indiana insurance CEO ushered his company through financial turmoil and a major layoff to become stronger than ever.

2 Practical Ways to Build the Mental Toughness You Need in Business -- and in Life.

Mindfulness turns out to be a great way to build mental toughness, for athletes and business people alike.

Make Someone Else's Day, and 3 Other Ways to De-Stress

Remember the famous Clint Eastwood line? Why not turn it around?

How to Never Let Fear Hold You Back Again

What makes the difference depends on your reaction and response to the fear.

The Power of Having Trusted Critics in Your Life

Write down at least five people who could serve as a trusted critic in your life. Think of them as your own special advisory board.

Remember, we all fail at one time or another. That's life.