Thomas Meloche is the president of Ann Arbor, Mich.-based Procuit Inc, a maker of educational software using the Facebook platform. He is co-author, with Perry Marshall, of Ultimate Guide to Facebook Advertising: How to Access 600 Million Customers in 10 Minutes from Entrepreneur Press.

How to Access One Billion Potential Customers in 10 Minutes

Learn how to use Facebook's redesign to get your customer's attention.
5 min read

How to Get the Most Bang For Your Facebook Ad Buck

Facebook advertising can be surprisingly cost effective. Here's advice on getting your money's worth.
4 min read 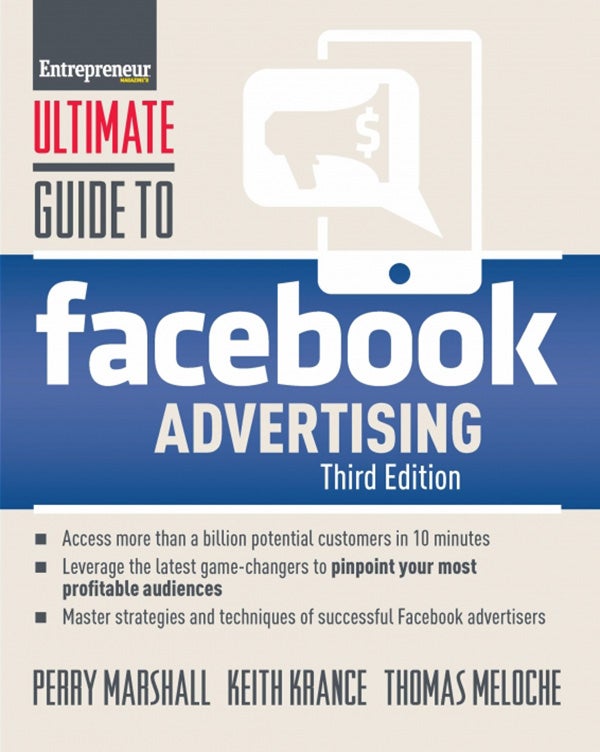 Now in its third edition, Ultimate Guide to Facebook Advertising delivers revised, expanded, and new chapters covering Facebook’s newly released apps and services designed to target and monetize their 1.7 billion active users. Advertisers are then taken further than Facebook itself, as Marshall and co-authors provide priceless audience insight, exploring what was happening before visitors click on ads and what needs to happen after—10 seconds later, 10 minutes later and in the following days, and weeks.

Updates specific to this edition include: