With award winning wines and accolades as one of the "Official Wines" at the Cannes Film Festival, Consentino Winery is not to be missed. 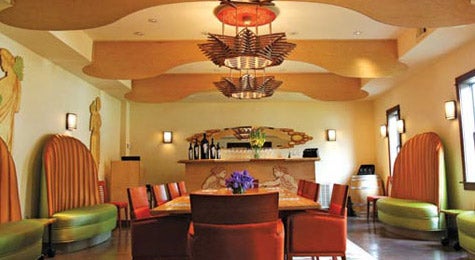 Critical acclaim and global adoration are nothing new to Cosentino Winery and its stellar cast of distinct and distinguished wines. But it is the talent of Winemaker Mitch Cosentino and his ambrosias' consistent performance on the palette that are the true cause cï¿½lï¿½bre. 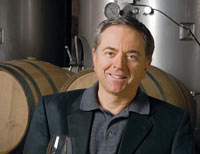 Dedicated to punch-cap fermentation--repeatedly resubmerging by hand the grape matter that surfaces to ensure ideal taste and color--Mitch's methodical approach to his craft began modestly in Modesto in 1980 and garnered early accolades. His winning trifecta of

Cabernet Sauvignon, Cabernet Franc, and Merlot--The Poet (vintage 1986)--was the first official Meritage from the United States. Mitch's growing reputation paralleled the expansion of both his winery (beginning with a move to Napa's Yountville in 1989) and own creative expression. His body of work currently includes 5 wineries and over 50 wines made from 15 varietals. "I don't eat just one type of food. so why would I make just one type of wine?" says Mitch.

Tasting rooms at Cosentino Winery in Yountville and Lodi roll out the red carpet for fans looking to savor precious moments with the illustrious M. Coz, an exceptional ensemble of Napa's elite grapes awarded a Double Gold for three years at the San Francisco International Wine Compe-tition, and The Zin, the grand dame of this varietal that takes its brilliant direction from nearly century-old vines. And in the category of famous collaboration, Mitch and basketball luminary Larry Bird hold court with Legends--a standout squad of Cabernet Sauvignon, Meritage, Merlot, and Chardonnay.

With such an A-list lineup, it's no wonder that the Cannes Film Festival has featured selections from Cosentino's winemaking credits as "Official Wine" for its American Pavilion--and to rave reviews. Cosentino Winery certainly deserves its legacy in the limelight.

'I Have Never Had a Job in My Life': Woman Catches Man Lying in Middle of Cringeworthy Job Interview