By Lyneka Little
August 19, 2012
Opinions expressed by Entrepreneur contributors are their own. 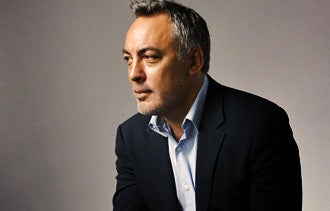 In the early 1990s, Rasiej renovated the event space that would later become Irving Plaza, a popular arts venue in New York City. In an effort to lure in consumers, Rasiej used the still newfangled internet to promote an online music festival.

"If you're a struggling club owner you try to look at every advantage to promote your business to try to get people to come and spend money in order to make money," Rasiej told YoungEntrepreneur.com.

The serial entrepreneur has since parlayed that early web experience into other opportunities including serving as a new media advisor to politicians, including former U.S. President Bill Clinton. He also founded the Personal Democracy Forum, an organization that looks at how technology is shaping democracy, and Mouse.org, a non-profit that prepares high-school students for technology and digital media careers.

We spoke to Rasiej, who serves as chairman of the 25,000 member organization NY Tech Meetup about trends in the industry and tools to aid future entrepreneurs. Here is an edited version of that conversation:

Q: What is the next big wave in technology?
A: We're going to see ongoing development in the power of social media where individuals will play a role. I'm not just talking about tools like Wikipedia and Google, but a collective power of like-minded individuals. I can't say there's going to be another YouTube movement in the next five or ten years. But we're going to continue to see an evolutionary and revolutionary process.

Q: What does it take to launch a startup today?
A: Too often, entrepreneurs go off on their own to build something. You must understand how to build a team to support an idea. The second step is not to be afraid to make a mistake or to make changes. Seek advice to help navigate your market. Find people that can mentor or coach you through your process of building — even the best people in the world have coaches.

Q: What resources would you recommend to young tech entrepreneurs?
A: If you're a budding entrepreneur, you can find peers, mentors, money and stories very easily by just literally searching for "startup" in Google.

Q: In the 21st century, how valuable is business school for young entrepreneurs?
A: A tough one. I hate to tell someone not to get a degree. An understanding of complex ideas is always an important skill, regardless of your profession. The issue now is whether getting a degree is worth it because of the huge cost. The corporate world is no longer providing long-term job stability. It's important that we continue to educate our young right through college but it's also important that we think of ways to evolve.

Q: How much time should young treps spend on social media?
A: I'm quite sure people need to learn how to integrate social media in their lives in a way that is productive. If you're an entrepreneur you need to be focused on business. Social media is important study market and a major tool for success. It's when social media becomes gossip mongering that it becomes problematic.

Q: What role, if any, does politics play in the life of a young entrepreneur?
A: All entrepreneurs have to think longer term — whether they're going to have employees to fuel their business or customers to buy their goods. So understanding the economic dimension of the country is really important. The fact that large swaths of Americans can't afford broadband and teachers don't have access to all the educational resources that they should is a problem for entrepreneurs because there is no pipeline of talent. Other countries are building fiber networks and churning out highly educated students — and their middle classes are starting to dwarf the U.S. You have to integrate an understanding of the political arena if you care about your business.