Aimed at professional filmmakers, the cameras allow audience members to move around within a 360-degree scene, instead of being stuck in the camera's original position.

By Tom Brant
April 20, 2017
This story originally appeared on PCMag

Unlike the previous Surround 360 camera reference design that the company announced last year, the new x24 and x6 cameras are actual physical models that you can buy or rent -- if you're a filmmaker with a big budget, that is. (Facebook didn't announce the cameras' exact prices, but said that it will offer them to select studios and filmmakers later this year).

The cameras' main innovation is that they can record scenes in high enough detail that Facebook's image processing software can let viewers move around the image, so that someone watching the movie with a virtual reality headset doesn't feel like he or she is stuck in one place during each scene. 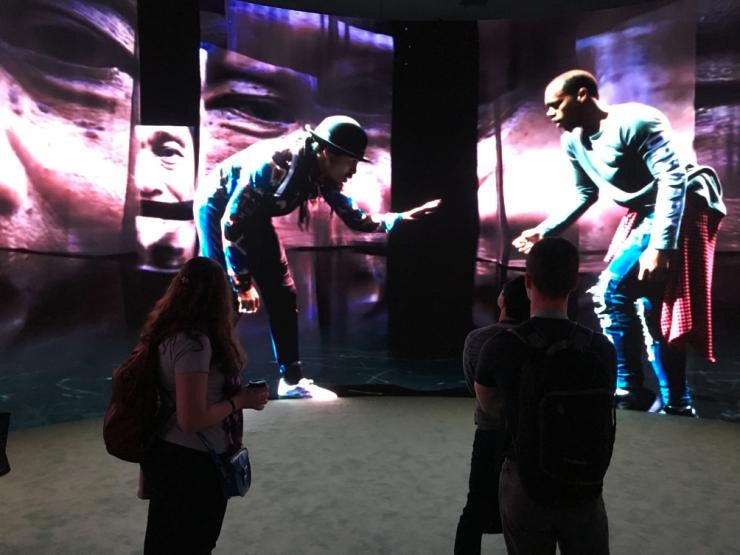 To enable viewers to move around, the cameras' sensors capture the full RGB and depth information for every pixel. Their depth-estimation algorithms then produce full-resolution point clouds, which allows for movement with six degrees of freedom (forward/backward, up/down, left/right, pitch, roll and yaw) that you might be familiar with if you've played a first-person shooter video game.

To approximate how 360-degree films shot with the x24 and x6 will look, Facebook offered a brief demo of a short film called Together at its f8 developers conference here. Instead of requiring viewers to don VR headsets, the film was projected on to a giant 360-degree screen, perhaps in a harbinger of things to come for your local cineplex.

In a brief scene of two people dancing, I observed as the "camera" smoothly panned around the dancers. The resolution was clear enough and the movement natural enough that I even forgot I was watching a 360-degree film, which I suppose is the point.

Each of the new cameras are actually an array composed of several synchronized camera lenses (24 for the x24 and six for the x6). Compare that to the original Facebook Surround 360 camera, announced last year, which is an open-source reference design featuring 17 synchronized cameras that you must build yourself. It was reported to cost at least $25,000 to build.