People Can't Get Over This House Listing With a Toilet In The Bedroom: 'Who the Hell Made That Design Choice'

One Toronto-based real estate agent posted a clip of a $1.95 million home up for sale, and many were perplexed with what they saw.

As the housing market stays in a volatile state, real estate prices continue to skyrocket in some areas, with even smaller-sized spaces garnering steep price tags.

One $1.95 million Canadian duplex is going viral for an architectural flaw and lack of space that has many shaking their heads.

Realtor Nero Naveendran posted a video of the Toronto-based home on TikTok where his sped-up tour has received over 2.5 million views and over 7,222 comments.

Though the space appears to be narrow, it seems pretty standard as Naveendran moseys his way through the home — until the camera gets to the bedroom.

Eagle-eyed viewers on TikTok and Twitter (where the video was being circulated) were quick to notice a toilet bowl bizarrely placed in the bedroom.

The toilet, which is attached to the wall, sits just to the right of the dresser in the bedroom, very close to the bed. 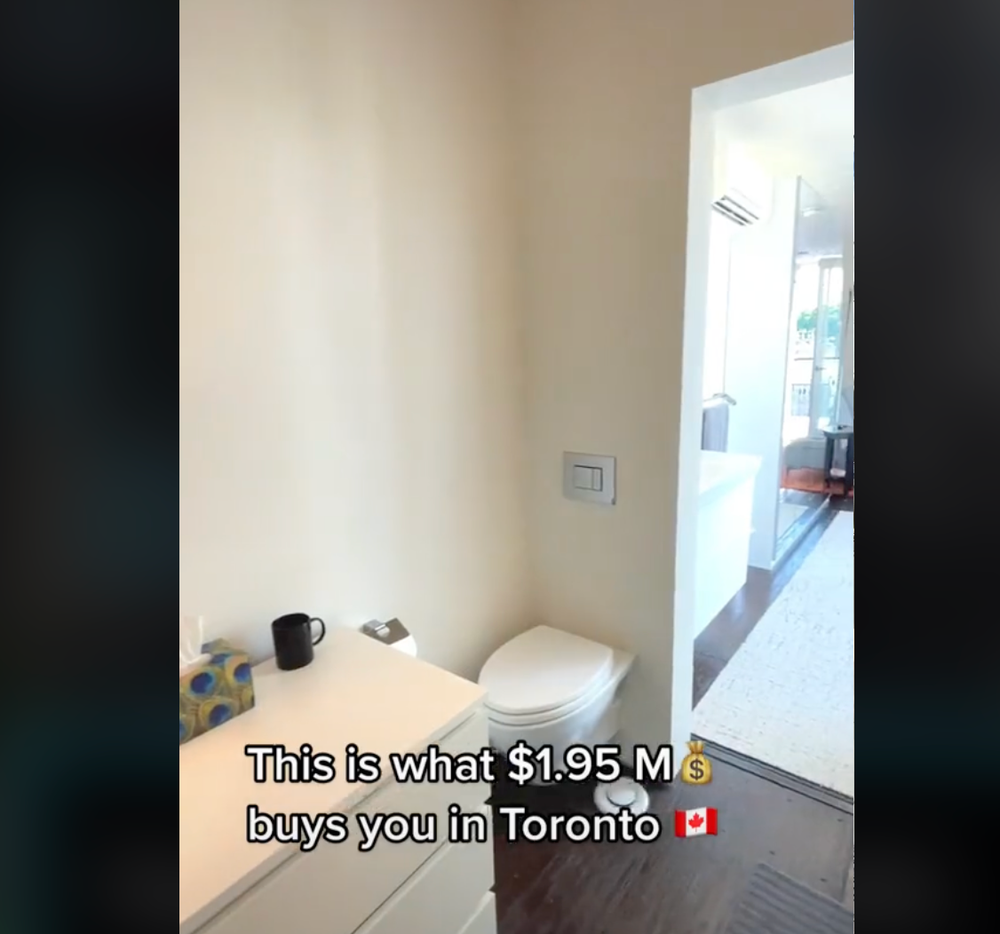 "Prisoners have the same toilet set up," one user joked.

"Who the hell made that design choice," another mused.

The video made its way to Twitter where it received another 9.7 million views and many continued to riff on the toilet situation.

Toilet in my bedroom absolutely not

There's no bathroom and no stove. You poop in your bedroom, but have two sitting rooms?

2 million to have a toilet in your bedroom?