How Vulnerable Are You to Cybercrime? (Infographic)

New data breaks down who is most likely to be a target.

With the holiday season fast approaching and people buying all sorts of gifts online, it's important to be aware of the risks that come with sharing identifying information, especially things like credit card numbers on the internet.

Even if a site is secure -- note that little padlock icon at the beginning of the URL -- if instances this year like Yahoo and Equifax have taught us anything, it's better to be safe than sorry. To that end, data from OpenVPN, a company that makes open source VPN software has looked at the people and places that are most likely to be targets for hackers.

Examining the complaints of 100,000 people in 2016, the company found the most and least affected states, and which demographic groups were the most most victimized.

Related: 4 Easy Ways to Protect Your Company From a Cyber Attack

For more about which groups are most likely to be hit with cybercrime, check out the infographic below. 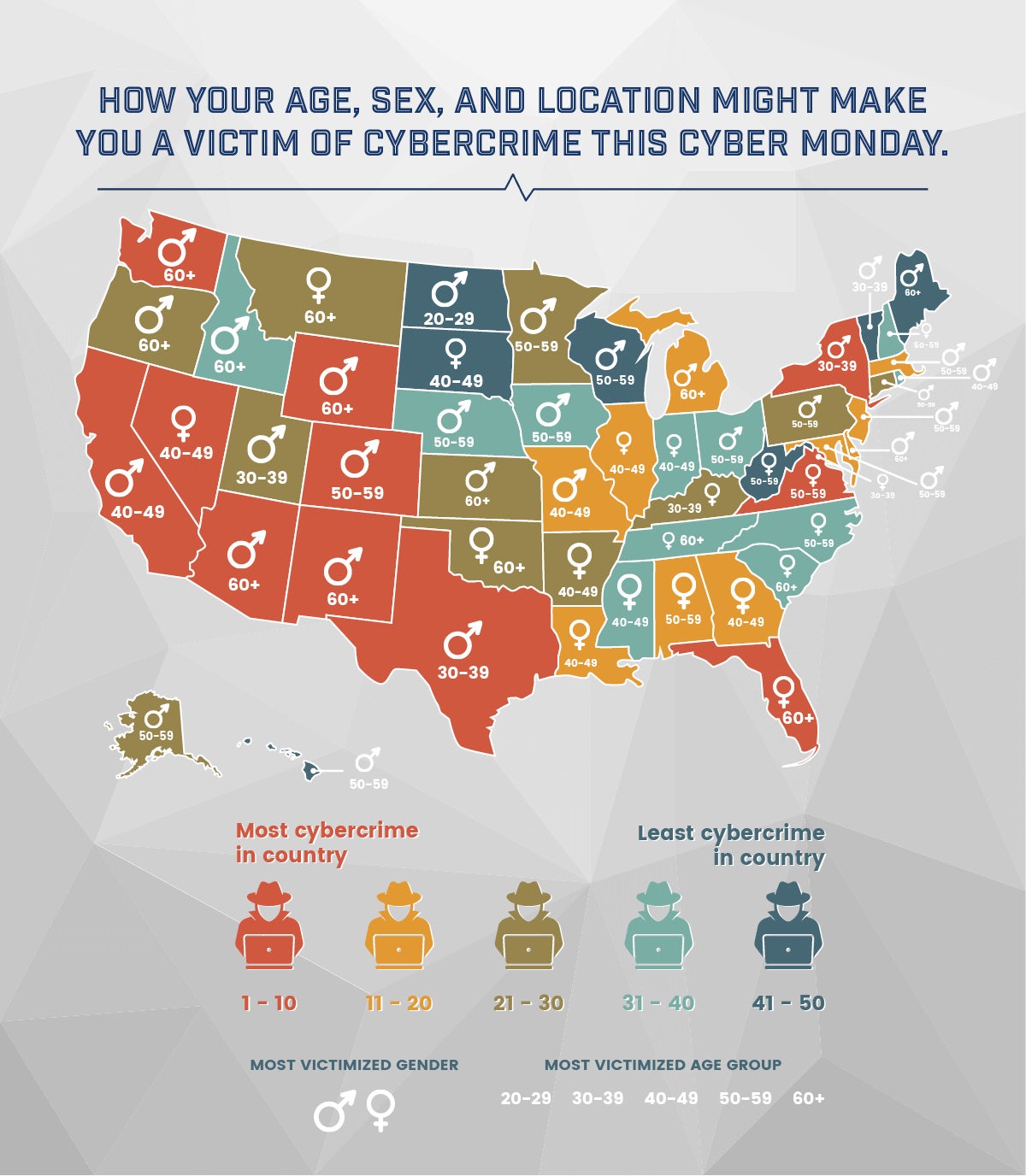