With his new concert film 'Kevin Hart: Now What?' hitting theaters, the indomitable funny man talks about how he maintains that grind.

If you're seeking a jolt of mogul-minded inspiration, look no further than Kevin Hart. In the past year, the comedic powerhouse made NFL money for telling jokes — and was the first comic to sell out an actual football stadium where he could tell them in grand fashion. In between his standup grind, Hart's maintained a boundless appeal that keeps 43 million followers glued to his Instagram, scores of H&M-wearing, Hyundai-driving, Verizon-subscribing eBay users influenced by his endorsements, and audiences rushing to his movies, even (especially) the one where he voiced a white bunny. Dreaming big has paid off for the 36-year-old Philly native, who expects his comedy concert film Kevin Hart: What Now? to not only rake in a hefty profit but also serve as a platform — thanks to some tuxedoed poker-and-car-chase scenes bookending the jokes — to position him as an action star. "It's my version of what a James Bond film would be, and a hint of what's to come," he told Entrepreneur. "Hopefully, it becomes a trilogy — one I create from the ground up." The always forward-thinking Hart offered Entrepreneur tips for owning the hustle.

If you go back to my 2011 standup film Laugh at My Pain, I took money from the tour and spent $700,000 on the movie, which ended up doing $8- or $9 million in the theater. So I said, "Okay, wow, I was only in 200 theaters but look what I did. I want to do it again." So I came back with Let Me Explain, and instead of $700,000, I spent $2.5 million and did $33 million in theaters. So I said, "That's a nice jump, I'm gonna do it again." You just take a piece to do an experiment to see if it turns out to be what you think it can, and if it does then you repeat it with a slightly bigger piece. You take baby steps. For What Now?, I spent close to $14 million — and it shows up in the movie. With this one, the goal is to surpass the numbers I did with Let Me Explain and hopefully have an amazing place in the history books. It's about expanding your project as far as you can. 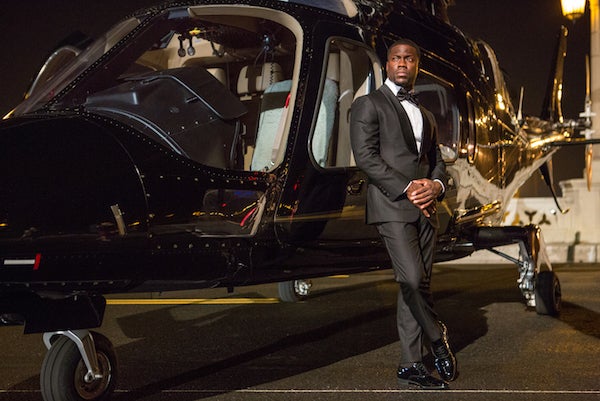 Nobody is going to work harder for you than you're going to work for yourself. I hung street signs about my movie—I did! I own the movie, so there's no reason I shouldn't be out hanging a street sign. It was funny but it was also meant to set the tone that you should be working just as hard as anybody else for your project. I've got to do whatever I can to get everybody to see it. Sometimes you get the, "Alriggghht, okaaay, gawwd, that's all you talk about! What else?" You'll get that. But why would you not be talking about that? Why would you not be putting every ounce of your body, your soul, your sweat, your tears into getting the word out about what you spent two years doing? You'll get some bittersweet reactions, you just can't pay attention to it.

Related: 10 Ways to Hydrate Your Hustle

4. Belong wherever you are.

I feel like I fit into any and every environment that I've been in, and if I wasn't supposed to be there I made myself a part of it. I don't ever feel like I'm out of place, or I shouldn't be here, or I'm out of my league. I'm always gonna have that mentality. There's nothing I feel like I can't do.

I always said, "I would love to do a movie with [What Now? costar] Halle Berry…oh my god, that would be so crazy…I can't wait until I one day get to work with Halle Berry." I just reached out to her and she said, "This is a great idea." That day comes, and you go, "Holy shit…I worked with Halle Berry! It actually happened!"

Rachel Rosenblit is a writer and editor living in New York City, specializing in culture coverage. Her work has appeared in ELLE, Lucky, Maxim, Men's Journal, Details and the New York Daily News. She maintains a die-hard crush on Woody Harrelson that she can't explain.