Fast Company's website shut down on Tuesday after a hacker gained access to the company's internal system.

For believers in Mercury Retrograde, technology going awry and the prevalence of thieves and hackers are a high risk during the planetary backspin.

Retrograde or not, one media site had to shutter its entire website late Tuesday after a hacker gained access to the company's push notifications and sent out two racist messages to Fast Company subscribers on Apple News.

The hackers gained access to the website's CMS Tuesday night, which resulted in "two obscene and racist push notifications" sent through Apple News about one minute apart, the outlet wrote in a statement on its website.

"The messages are vile and are not in line with the content and ethos of Fast Company," the company said. "We are investigating the situation and have shut down FastCompany.com until the situation has been resolved."

According to screenshots of the notifications, the hacker appears to be someone who calls themselves "Thrax." 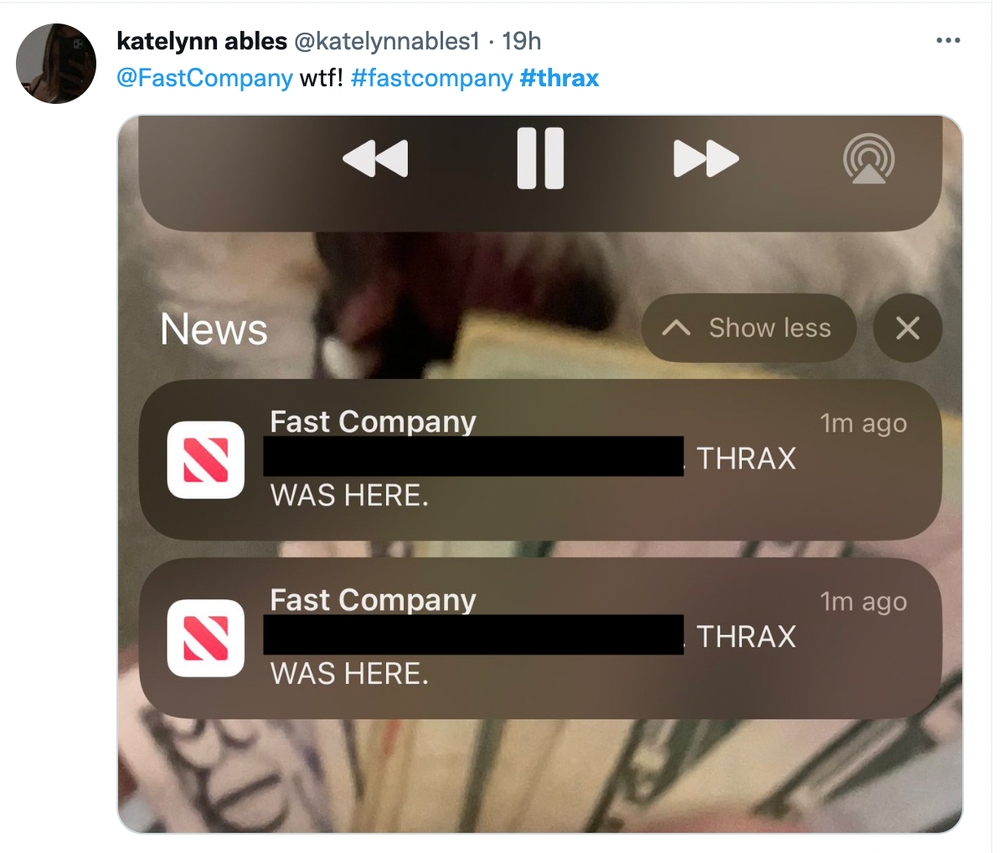 This follows a prior attack over the weekend when a hacker managed to post similar slurs and language on several of the company's websites which resulted in the site being disabled for two hours.

"Fast Company regrets that such abhorrent language appeared on our platforms and in Apple News, and we apologize to anyone who saw it before it was taken down," the outlet said.

Others on Twitter confirmed to be disturbed by the hacks.

Did anyone else just get two insanely uncalled for alerts from Fast Company/Apple News?

Apple News/Fast Company are being hacked by #Thrax was racist and inappropriate but the #techie in me is impressed by the accomplishment.

Whoa. Looks like Fast Company got hacked and it's not pretty.

As of 4 p.m. Wednesday afternoon, the website was still disabled.

Tuesday's hack comes after a similar attack last week at Uber when a teenager hacked into Uber's internal systems and sent pornographic images and expletives on the company Slack channel.