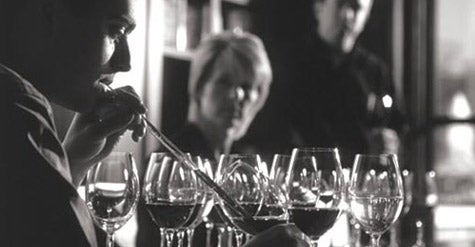 Start with heritage, add merit, and what do you have? An exquisite blend called Meritage. Pronounced like "heritage," this carefully crafted word has slowly made its way into the vernacular of the Napa Valley and beyond. Today, the word Meritage stands for an outstanding quality wine made possible through the traditional art of blending.

It wasn't easy getting here. Back in the mid-1980s, Napa Valley vintners were faced with a dilemma. There simply was no acceptable way to legally define a fine quality blend containing less than 75 percent of a single variety. And, since the United States had adopted the practice of identifying wines according to their variety rather than their place of origin, winemakers were advised to label their premium blends as "table wines." This hardly seemed an apt description for a winemaker's finest efforts.

"I always felt we were leading the consumer down a false path, teaching that the variety of a wine assured its quality without any consideration of its origin," says Franciscan Cellars' Chairman of the Board Agustin Huneeus. "And knowing that the best wines are blends, how could we force our winemakers to make wines with just one variety?" Agustin and several vintner friends joined together and labeled their blends "Wines without a Name" in a valiant effort to make consumers conscious of their dilemma. Then in 1988, he, along with Mitch Cosentino of Cosentino Winery and Julie Garvey of Flora Springs, formed The Meritage Association to identify and promote handcrafted wines blended from the traditional noble Bordeaux varieties.

Today there are both white and red Meritage wines, but the red blends are much easier to find. Not just any wine can be labeled Meritage. First, the winery must make the blend its premier wine, pay an annual fee to use the word "Meritage" on its label, and limit its production to less than 25,000 cases per year. Perhaps the most distinguishing criterion is that a Meritage blend must consist of at least two of five Bordeaux varieties (Cabernet Sauvignon, Cabernet Franc, Merlot, Malbec, and Petit Verdot).

Agustin named Franciscan's Meritage Magnificat after the Bach composition of the same name, which was written for the orchestra and five voices. "Bach could not produce his symphony with just one note, and we could not make our best wine with just one varietal," Agustin explains.

Mitch's 1986 Meritage, "The Poet"--a blend of Cabernet Sauvignon, Cabernet Franc, Merlot, and Petit Verdot--was the first official red Meritage wine released in the United States. "I was always enthralled with the magical characteristics when you put a Cabernet, a Cabernet Franc, and a Merlot together," Mitch says. "You really create wines of a different dimension." And distinction. Mitch's most recent Meritage blend, his 2005 "The Poet," recently won the Gold at The San Francisco Chronicle's International Wine Competition.

Membership in The Meritage Association (recently renamed The Meritage Alliance) has risen exponentially through the years. Today, there are more than 235 members in 23 states and 7 countries. And with each new member comes a new, brilliant blend.

"Our Meritage blend is similar to the wines of St. Emillon, in France's Bordeaux region," says Casa Nuestra's Assistant Winemaker Stephanie Trotter-Zacharia. "We've been making Meritage blends for years. Casa Nuestra's Merlot vineyard is on the Napa Valley floor, and its dry Riparian soil yields smaller, more intense fruit. By emphasizing the Merlot we highlight its softness. We like that style. The art of blending is bringing all the components of each varietal together. It's my favorite part of the job."

2005 Cosentino The Poet
"Youthful, with tart cherry and currant up front, polished in the middle with pomegranate that evolves into a long, spicy finish."
--Winemaker Mitch Cosentino

2006 Merryvale Profile
"Aromas of cassis and raspberry, blended with tobacco, cedar. On the palate it is dense and concentrated."
--Senior Winemaker Sean Foster