This Is the Most Expensive Rental Zip Code in the U.S. — And It's Not in New York or San Francisco

Rents soared across the country in 2022, but certain zip codes reached new heights, with the No. 1 having an average rent of $24,000 for a two-bedroom apartment.

The housing market was especially ruthless in 2022 as rents across the country soared to record highs.

Cities like New York and Miami saw fierce competition and subsequent skyrocketing costs to lock down a home or apartment. Although there have been signs of a slowing economy and falling housing prices, data shows that unfortunately — in certain places — rent is still at astronomical highs.

According to Moody Analytics, the U.S. is now "rent burdened" for the first time in the researcher's 20-plus-year tracking history — meaning that the national rent-to-income average reached 30%, up 1.5% from a year ago.

Related: Starter Homes Are Out Of Reach For Most Buyers — Except in These 4 Cities

Still, some housing markets are cooling. Housing prices in places like Phoenix, AZ and Las Vegas, NV began slowing down late last year, among others. However, some areas remain out of reach for would-be residents.

As for the most expensive zip codes to reside in, Fisher Island, FL came in at number one — by a long shot. The tiny island is located south of Miami Beach and is only accessible by boat, helicopter or ferry. Celebrities like Oprah Winfrey and other billionaires have called it home.

So for those looking to move in 2023, steer away from these 10 zip codes unless you have a flexible budget.

Related: These Are The Best and Worst Places To Move in 2023, According to an Economist 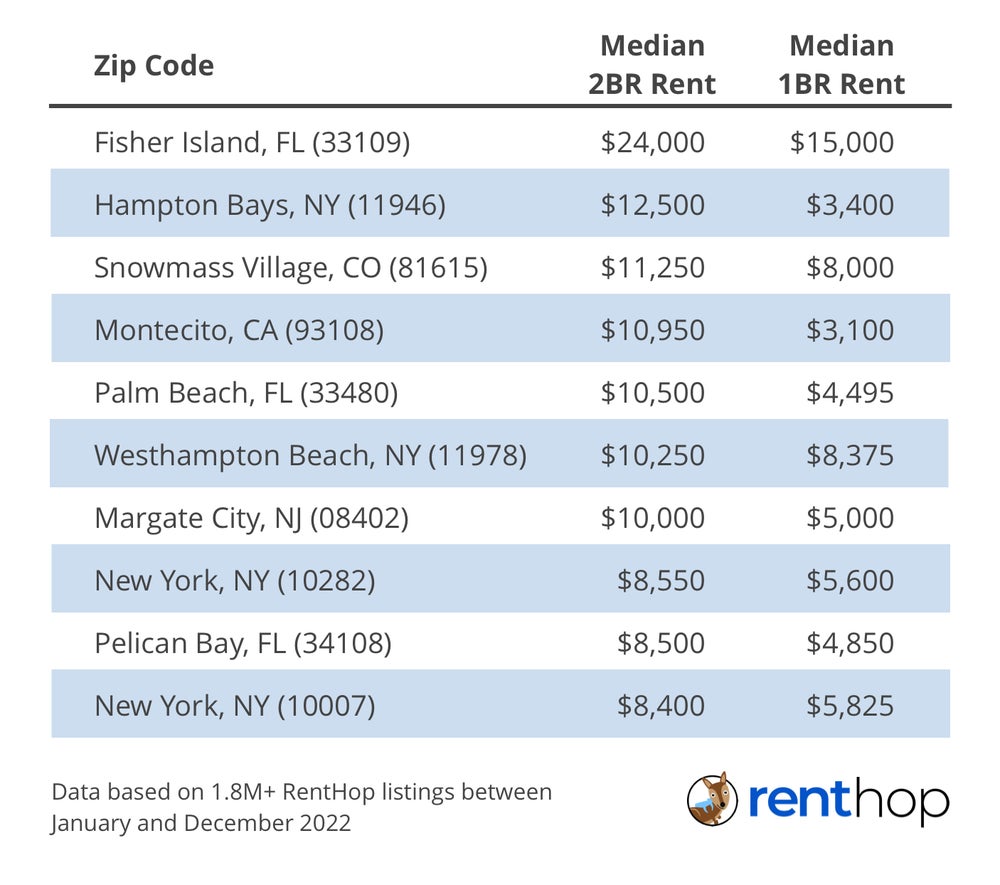 Madeline Garfinkle is an Editorial Assistant at Entrepreneur.com. She is a graduate from Syracuse University, and received an MFA from Columbia University.