This New Coffee Lid Is All About the Aroma

A new kind of plastic lid promises to give coffee drinkers a stronger whiff of their beverage.

The makers of a new kind of plastic lid are hoping to ride coffee's growing "Third Wave" movement by appealing to consumers who would appreciate a better smell—and hence better taste—from their daily to-go cuppa joe.

The Viora Lid—the product of a 20-year-long coffee obsession by its inventor Doug Fleming—is designed with a three-times-bigger-than-average mouth hole and an enlarged center steam hole. The goal is to give coffee and tea drinkers much more aroma from their beverage of choice by better exposing the liquid below to their nostrils.

"The overwhelming science is that what you characterize as flavor or taste is predominantly contributed by odor," said Fleming, a lawyer by trade whose company Vaporpath introduced the Viora Lid this week at theSpecialty Coffee Association of America trade show in Seattle, where his company is also based.

"Our lid is designed to essentially that target, the opening, right below your nose," said Fleming, 49, whose lid also has a "well" around the top of the mouth hole, which pools liquid as the cup is tipped, further enhancing the aroma effect.

The Viora Lid, which is protected by several patents both issued and pending, is landing in a huge, established market, where billions of plastic lids for paper coffee cups are sold each year by companies such as Dart, and where java giants such as Starbucks, McDonald's and Dunkin' Donuts pay wholesalers just several cents per lid, at most.

So to get a foothold in that vast space, Vaporpath at first is marketing the Viora Lid to smaller fry—the relatively tiny specialty coffee chains or one- or two-shop operations, who would be willing to spend 6 cents per lid because their customers are much more discriminating about the taste of the coffee that they're consuming from their to-go cup.

Vaporpath's president, Barry Goffe, a Microsoft veteran and Fleming's college classmate, said that at those specialty java joints, "People realize this piece of plastic that sits between you and your precious cup of coffee has a huge impact on how you experience this custom of coffee."

But, noted the 47-year-old Goffe, "There's so many of these 'Third Wave' shops that put all this time and effort brewing this cup of coffee, and then they put this 30-year-old product on top of it and push the customer out the door and hope for the best."

"Third Wave" is the coffee world's term for the burgeoning trend treating coffee as a high-quality drink. Third Wave shops are focused—often obsessively—on the sourcing and roasting of their beans as well as the painstaking way they brew espresso-based drinks: without push-button espresso machines, or pods of preground beans.

Third Wave stores also are largely responsible for the rediscovery of the joys of so-called pour-over coffee: java made one cup at a time, with specialized cone-shaped drippers and filters. 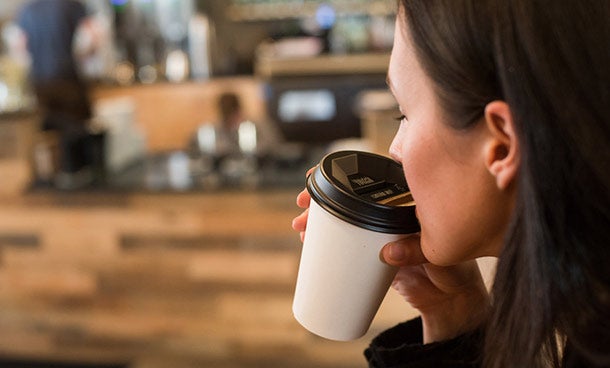 But espresso-based drinks like lattes and cappuccinos as well as pour-over coffee can cost customers as much as four times per cup as they would pay for a cup of standard drip coffee at a gas station or a store such as McDonald's or Dunkin' Donuts.

Despite that price premium, and despite the fact that coffee snobs prefer to consume such drinks out of ceramic cups if they have the time, the majority of Third Wave shop customers get their cups of joe to go, in paper cups with a plastic lid.

Fleming said that "the vast majority" of those lids "involve what we call 'straw-like'" holes—a small, raised opening that drinkers suck the brew out of into their mouths. Not only does that minimize the amount of coffee they can smell as they drink, he said, it also concentrates a hot liquid into the mouth.

To solve those problems, Fleming, who had been inventing coffee-oriented products for years, focused on creating a bigger mouth hole for the Viora Lid.

He realized that making it bigger, without creating the opportunity for unpleasant spills when the cup was jostled, would require that much of the hole would have to be on the vertical, back edge of the lid, with the smaller part of the hole forming a smiley face on the top of the lid.

"That opening on the side, it's really difficult to manufacture, it turns out," Fleming said. "We were initially told it can't be done."

The bigger hole, as designed, had another effect that went beyond making the coffee easier to smell for drinkers. It made the coffee pour more smoothly out into the mouth than conventional lids. 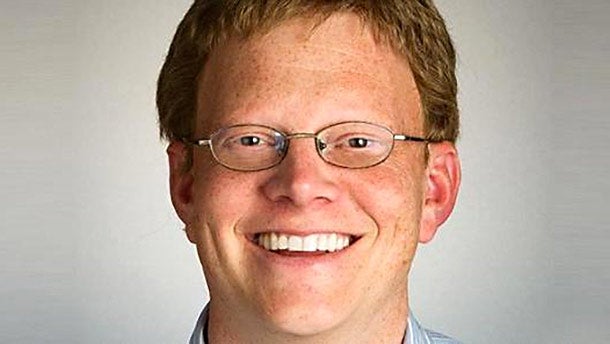 "You experience the familiar comfort of an open mug on your lips," Vaporpath's promotional material boasts.

When the company had people try the lid, there was "a very large number of folks who appreciated the aroma aspects of the lid," but a substantial minority didn't care about the way their coffee tasted, Goffe said.

"For them, gas-station coffee was good enough because it gave them the kick they wanted in the morning, but even those folks liked the lid ... it felt like they were drinking out of this regular ceramic cup," Goffe said.

That gave him and Fleming hope that the Viora Lid would have wider appeal beyond just hard-core coffee geeks.

So they did a taste test of the Viora Lid last year at a Seattle shop, where more than 90 percent of the respondents said they liked the lid "a lot" or just liked it, while "zero percent said they disliked it," Goffe said.

And when drinkers were asked, given the choice between going to the same kind of high-end coffee shops, the only difference being that one shop a block farther away than the first used the Viora Lid, about one-third of the respondents "said they would walk the extra block based on the lid alone," Goffe said.

Although they're targeting primarily Third Wave shops for now, Goffe noted that "the rest of the industry pays attention to what they do."

He expects that if the Viora Lid gets picked up by a number of those shops, and it draws interest from bigger coffee retailers, Vaporpath has the ability to scale up its production capacity, and also would be willing to license its technology to larger lid manufacturers.

Phil Patton, a design historian who has written about coffee lids, and whose own collection of java lids was displayed at the Cincinnati Art Museum in 2007, said that coffee devices and products is "one area in our society where there's unbelievable innovation."

But, Patton noted, "I think it's fair to say that lid innovation is something of a trailing indicator of these changes."

He said the Viora Lid, which he was not personally familiar with, could gain a foothold among gourmet coffee shops, because it "would allow this highly competitive world of these Third Wave shops to distinguish themselves."