The company's product, also called BluePhin, is an autonomous robot that collects surface waste on water.

By Pamella de Leon
March 17, 2020
Opinions expressed by Entrepreneur contributors are their own.
You're reading Entrepreneur Middle East, an international franchise of Entrepreneur Media.

"If we're not creating social impact, then what's the point, you know?" That's how Simran Chowdhry explains the work she does at BluePhin Technologies, the cleantech startup that she founded and is now the CEO of. Her company's product, also called BluePhin, is an autonomous robot that collects surface waste on water. As something that can be operated both manually and autonomously, the water robot sucks in and scoops up floating trash on water, much like a vacuum. Now, when you consider that about eight million tons of plastic waste escapes into the oceans every year (as per a 2019 National Geographic report), BluePhin's capabilities offer a lot of promise in battling the scourge of pollution- and that's what fuels Chowdhry's mission for her enterprise.

Using robotics and artificial intelligence, BluePhin has been developed to have human-like senses such as vision and decision-making to allow it to locate and collect different types of waste, which includes plastic, algae, and other debris in water bodies like lakes, ponds, canals, marinas, ports, etc. Currently, BluePhin can run for 6-8 hours, and it's able to "eat" around 300 half a liter of plastic bottles in one full run, without emitting any carbon emissions. Using its sensors, BluePhin can also share valuable data on water or air quality to researchers and provide insights (i.e. on pH levels) to stakeholders. The startup is already at work on developing its robot's capabilities to include liquid waste collection, with the goal being for it to be one of the world's most technologically advanced waste management solutions. 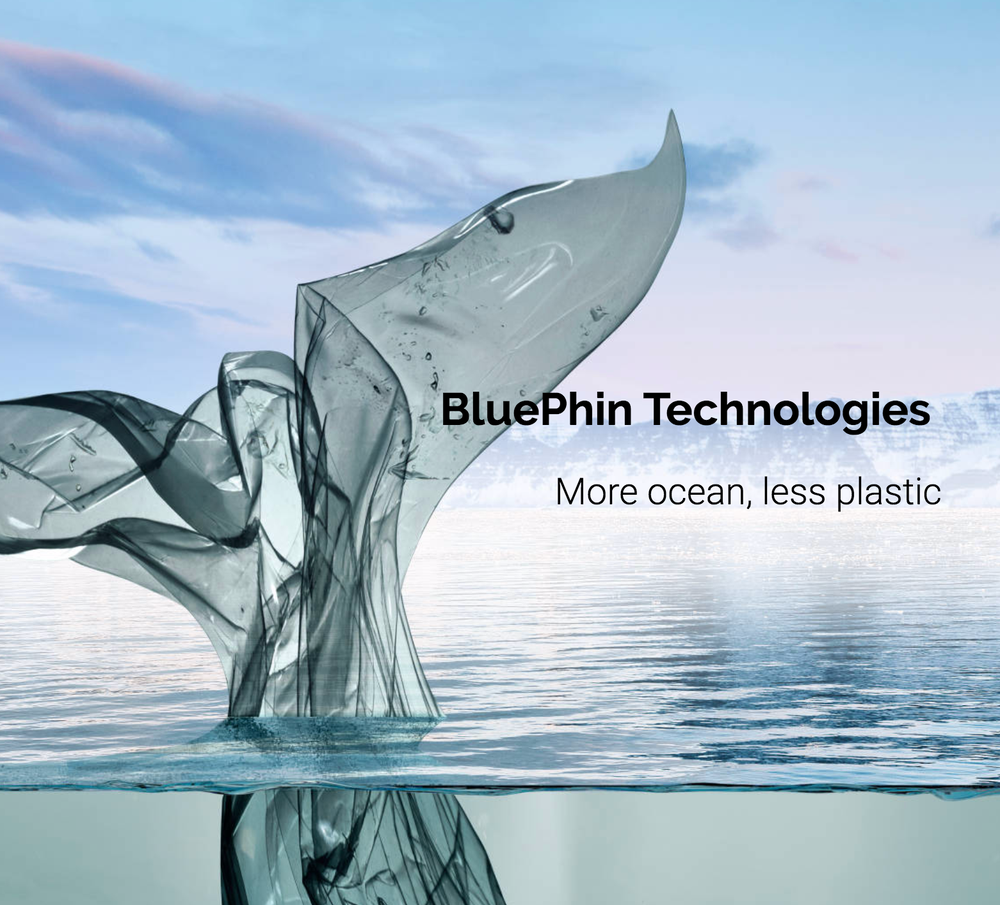 It's worth pointing out that throughout BluePhin's ideation, inception, R&D, and current state, Chowdhry was (and still is) a student- in fact, as of writing, she's in her last semester for her finance degree at the American University of Sharjah (AUS). The founder (along with co-founders Anand Parambil and Irfan Vakkayil, who have since exited the venture) had the idea for BluePhin as a college freshman student. "There was no dorm room epiphany moment," Chowdhry recalls.

"Just endless nights with karak and a problem in front of us." And it was the scale of this problem that spurred Chowdhry to action. "The Great Pacific Garbage Patch (a collection of marine debris in the Pacific Ocean) is 20 times the size of the UAE now, and it's growing- if we don't act, we will have more plastic in our oceans than fish by 2025," Chowdhry explains. "We have less than 11 years to save the planet, coral reefs are dying, several species are going instinct, and no one is taking action. We are merely debating the reality of climate change, and still pushing for great awareness. Not doing something about it was just no longer an option. For real impact, you need economic drivers that can't be politicized or influenced."

Chowdhry says she was always felt compelled to use entrepreneurial pursuits to solve issues- besides helping with building a variety of apps and platforms, the founder and CEO has also participated in several Startup Weekend events, and she was also part of startup competitions like the Hult Prize Competition that was held at AUS. During her freshman year of university, the Sharjah Entrepreneurship Center (Sheraa) launched at the campus, wherein she joined Sheraa's ideathon program, followed by its pre-seed and build program. Chowdhry credits Sheraa to having played a large role in bringing the startup to where it is today, noting that the program "played a vital role in shaping how you validated a problem and effectively tackle it."

Related: Boosting Potential: Sheraa Sharjah's Participants On What An Accelerator Experience Means For Your Startup 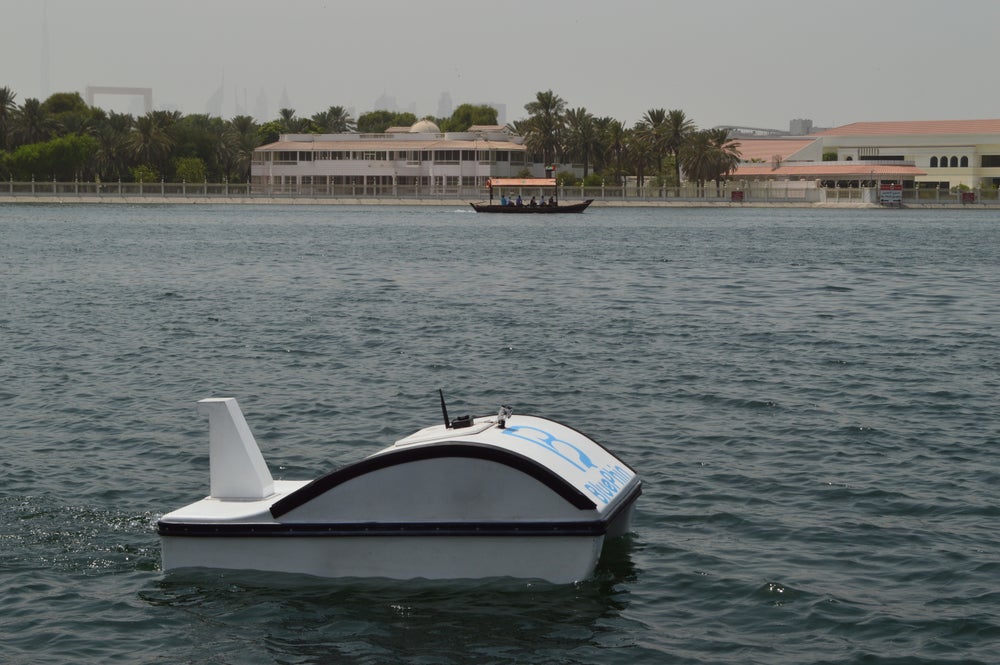 BluePhin Technologies thus came into being in early 2018, and by May of that year, the startup had a basic prototype for its product. This led to a strategic memorandum of understanding with Bee'ah, a UAE-based recycling and waste management company, which allowed them to take their research and development phase to the next level, including an opportunity to conduct several site visits with the waste collection team in Sharjah's Al Qasba Canal. By the end of that summer, Chowdhry and her team had their genesis model of BluePhin ready for operational testing, and with it, they went to compete (and win) the 2018 Sharjah Entrepreneurship Festival Pitch Competition, as well as the Unilever Young Entrepreneurs Awards in the same year.

As a startup that is keen on working with partners to improve its product, the BluePhin team also underwent four weeks of testing in Dubai Canal with Dubai Municipality, which included seven internal trials, and, not to mention, long hours under the sun. After several such iterations, BluePhin pivoted from being a water quality monitoring unmanned surface vessel, to its final pilot stage as a waste collection system. "We are setting up strategic partnerships globally to help us validate its scalability," Chowdhry says. "This is because the factors impacting BluePhin's operations like, [for example] tides, are specific to the region and its geographic location."

To ensure high impact, Chowdhry says she and her team are making it a priority to listen to their pilot partners, and working closely with them to maximize their efforts. And so far, they've hit their first customer milestone, and have also secured three global pilots. "We've offset more than 10,000 tons of carbon emissions during our trials, and are in the midst of our most recent software update," she says. Currently, BluePhin's base model is priced at US$6,000, and it can be customized to a particular location's requirement.

Affordability was a key factor the team kept in mind to ensure it would generate high impact, especially in places where waste management solutions don't exist, or traditional high carbon footprint alternatives were already in use. "We are up to 35% more economical, and 100% more environmentally friendly," Chowdhry says. When it comes to funds, she says that winning competitions have given them a head start in that department, though they're looking to open their first formal round of funding this year.

As a startup with a smart robot offering, Chowdhry says that it was essential for her and her team to get as much feedback as possible throughout its development. "During this process, as a founder, you need to learn how to filter constructive criticism from the rest." This was important for Chowdhry to learn, since early on, though most people commended their work, a few said that BluePhin wasn't innovative enough, to which Chowdhry responds with: "It didn't matter, because our purpose was not to be "innovative,' but rather to clean our water bodies, and prevent more waste, and that's it."

As for the road ahead, Chowdhry states that being truly autonomous is one of BluePhin's main goals, with the enterprise planning to launch the smart robot in the US in March, with India also on the horizon. "We're [looking to] expand our impact… Our ultimate goal is to eventually cease to exist, and effectively drive our global economy to a more circular economy, where there is no more waste for products like BluePhin to clean up."