By Pamella de Leon
July 4, 2019
Opinions expressed by Entrepreneur contributors are their own.
You're reading Entrepreneur Middle East, an international franchise of Entrepreneur Media.

Launched in 2010, OWS Auto is an extension of MZ Holdings, an international investment group founded in Delaware, USA, with the mission of disrupting the consumer auto parts sector in the MENA market. Leading the company's growth in the region is CEO Oweis Zahran. Born and raised in Brooklyn, New York, Zahran also currently holds other roles as Deputy Chairman at MZ Holding, Chairman at AJ Industries, Regional Director Middle East at Tatra Middle East, and co-founder and Managing Partner at Rafid Automotive.

Right off the bat, it's worth noting Zahran's candid take on his enterprise's market right now: the CEO acknowledges the "severely distressed" past few months in the automotive segment. Yet, according to Zahran, this is why his company is fortunate to be operating on the after sales side. As a provider for spare parts for cars, "when times are tough, people naturally hold on to their cars longer- which means, greater opportunity for us to sell more parts," Zahran notes. "Our spare parts arm has grown to about 58% of my groups overall revenue over the last 24 months. So, [to] meet the demand, we had to open three additional parts distribution centers to cater to the needs of the customers."

So, when the going gets tough, what's the key to running a well-oiled enterprise? For this CEO, detail ranks highly in his approach to work. As someone who manages over 700 employees in total, being the leader means ensuring that the organization runs smoothly as possible, which he does by implementing aggressive KPIs, and then monitoring them via dashboards. "The most important thing, in my opinion and other experts', is to set your target or KPIs, then monitor, and track them to sustain and grow." Zahran asserts that empowering employees is vital, saying, "I'm a strong believer that everyone is talented in a unique way. Hence, once you allow them to show their talent, they work wonders."

The CEO is not a fan of micro-managing, calling it "one of the most detrimental positions" to put your company in, and believes it's all about identifying "sharp shooters" in the business, then invigorating them to take decisions. On dealing with everyday internal issues, Zahran remarks that in business, you can control only two things: people and process. "I found that by setting strong governance processes, it allows everyone to "fly in the clear.' For example, my finance manager and procurement manager used to both report to the group CFO. This can cause distrust and potential doubt and conflict of interest. Once I changed the reporting line of the procurement manager to the Chief Support Service Officer (CSSO), the operation was able to flow more smoothly." 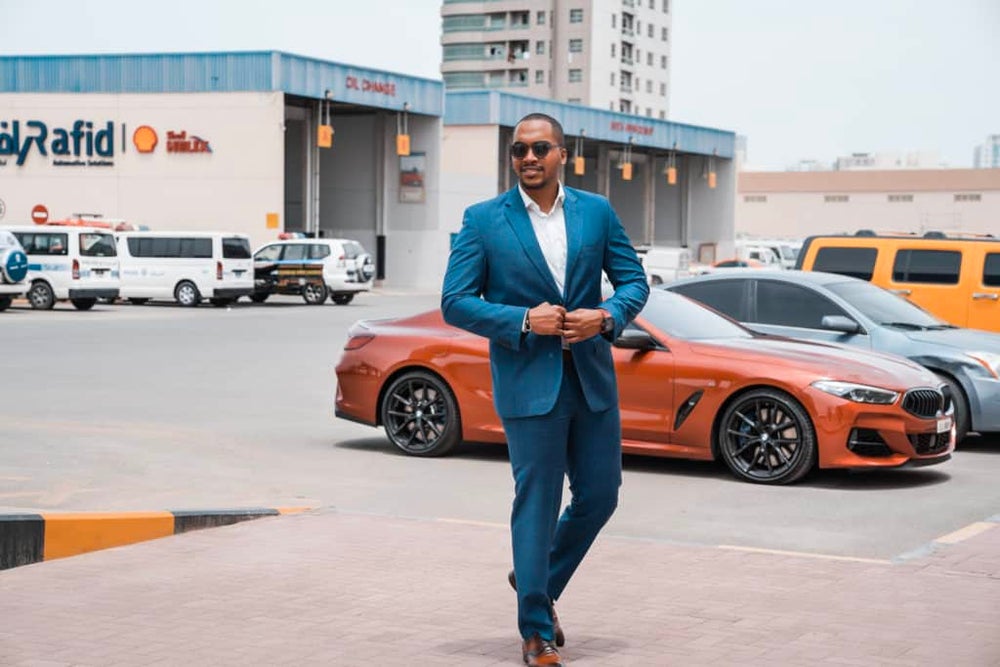 He reiterates that people and processes can make or break your business. "Sometimes you have to put your team before you, when it comes to compensation- especially if you are on a limited budget. There is nothing wrong with your top tier receiving a higher incentive or compensation package than you, in order to hold on to them. They should realize that you understand their value. They should celebrate the company's success when you do, and be rewarded when you are. That's how you build a team that sticks together like a family."

For entrepreneurs considering starting up in the MENA region's business arena, Zahran is of the opinion to not delay taking the leap. "You know, the hardest thing is to get started." The region, he believes, is ripe with opportunities. "I honestly look at the Middle East as a market that will be ripe for the next quarter of a century, at least! I mean, think about it, most Middle Eastern countries are under 50 years old, which means they have lots of catching up to do when compared to the west. Now, that is a huge opportunity for any businessman!"

When it comes to industries in the region that he's keeping an eye on, Zahran highlights IT, fashion, and F&B as sectors he'd invest in. "There is still a huge gap between the MENA and the West," he notes. "Simply importing franchises for what you want to do is a great way to start."

"Show your team (small or big) that you put them first. They should understand how much your business means to you. Then empower them to take decisions."

"Think long-term with your investments. No one wants to be associated with a short-term idea. Not your employees, nor your customers."

"Never stop evolving, growth is the key to sustainability. With things like annual inflation and competition, you need to grow!"

"Whatever industry you choose to invest in, I can assure you that it's evolving at a rapid pace. If you and your team aren't constantly learning how to stay ahead of the curve, you will be left behind."