By Fida Chaaban
June 2, 2015
Opinions expressed by Entrepreneur contributors are their own.
You're reading Entrepreneur Middle East, an international franchise of Entrepreneur Media.

"I was the first employee of twofour54, having started in our partner support services division. Witnessing the growth of twofour54 has been the highlight since the beginning. Growing with twofour54 and becoming its CEO has been a great gift because I was part of paving the way to establishing a leading media hub in the UAE and the region's driving force behind media and entertainment entrepreneurs." H.E. Noura Al Kaabi, the CEO of what is now one of most relevant corporate entities to come out of the United Arab Emirates, says that becoming the head of the multi-faceted hub is thus far her hallmark career moment. For female startup founders reading this, you might have already heard that twofour54 recently partnered with Flat6Labs that twofour54 recently partnered with Flat6Labs to launch Flat6Labs Abu Dhabi, and they are welcoming businesses from all across the MENA region and abroad.

Aiming to position Abu Dhabi as the epicenter of the startup ecosystem, they're "committed to creating a thriving entrepreneurship ecosystem at twofour54 and through a variety of initiatives, we have supported local talent and helped startups fulfil their creative potential, which is vital to building and sustaining our media and entertainment industries. Our current investment portfolio includes Tahadi Games, Falafel Games, Jawaker, SAE Institute, D1G, PopArabia, T-Break Media, Akhtaboot, Nibras, Istikana, as well as investments in specific content projects," adds Al Kaabi. They continue to invest in media venture SMEs and entrepreneurial projects, but Al Kaabi is a realist and doesn't discount mediums outside of the digital arena noting that "digital is definitely the future... but not the only future– there will always be a place for traditional media such as broadcast television. Digital media is a fast growing industry in the Middle East, with consumers now spending more than a quarter of their total media and entertainment time on digital platforms."

The annual Abu Dhabi Media Summit (ADMS), a twofour54 endeavor, having established itself as an extremely relevant platform for entrepreneurs, businesspeople and media alike, has presented some of the world's biggest thinkers and sector luminaries over the past few years.

Al Kaabi is well aware of the Summit's pull, and says that they'll soon be releasing the 2015 program for the highly anticipated event: "ADMS has previously drawn some of the industry's biggest names including Bill Gates, Tim Berners- Lee, Rupert Murdoch, James Cameron and Eric Schmidt, has grown to become one of the world's most preeminent events for the media and entertainment sector. Last year's Summit brought together a big number of media leaders and innovative thinkers to stimulate the industry and bring new ideas from the international sector to the regional one. Some of the speakers included Her Majesty Queen Rania of Jordan, Mark Thompson, CEO of The New York Times, Ahmad Abdulkarim Julfar, CEO of Etisalat and Sam Barnett, CEO of MBC Group. The Summit was held under a theme highlighting the recent developments in the media industry in the MENA region and further afield.

As a visionary, Al Kaabi consistently looks at the larger picture to facilitate success. Here are five drivers that you need to apply to your business.

1. LOOK TO FRESH FACES FOR POTENTIAL
"As a result of my role and as a result of twofour54 being such a dynamic and vibrant company consisting of many units that attract talent and aspiring youth every day, I am in a position where I meet fresh faces and talented enthusiasts of the industry on a regular basis. We are in a fairly new industry and because of our newness, I am inspired by my colleagues at twofour54 as well as the talents as mentioned earlier. Through different initiatives, talent development tools and internships, we are enabling young skilled media professionals to learn from some of the world's best producers, directors, developers and other experts in the industry. As we shift to the digital side of the industry and e-commerce, following the global trend that is especially apparent in the Middle East, twofour54 will continue to support many growth stage digital businesses by providing investment funding to game developers."

2. BUILDING FOUNDATIONS FOR LONG-TERM BENEFIT
"I work in an environment that is committed to creating and developing a thriving, self-sustaining media industry by investing in the most talented and passionate people. The ever-changing dynamic environment gives me the opportunity to also fill an important role working on a micro managerial level. twofour54 aims to build a strong, sustainable and private-led media industry, in support of the capital's economic diversification strategy as laid out in the Abu Dhabi Economic Vision 2030. Our aim is to create a collaborative and supportive campus community stimulating creative and professional partnerships. We are making Abu Dhabi a regional centre of excellence in quality content creation across all media platforms, including film, broadcast, music, digital media, events, gaming and publishing." 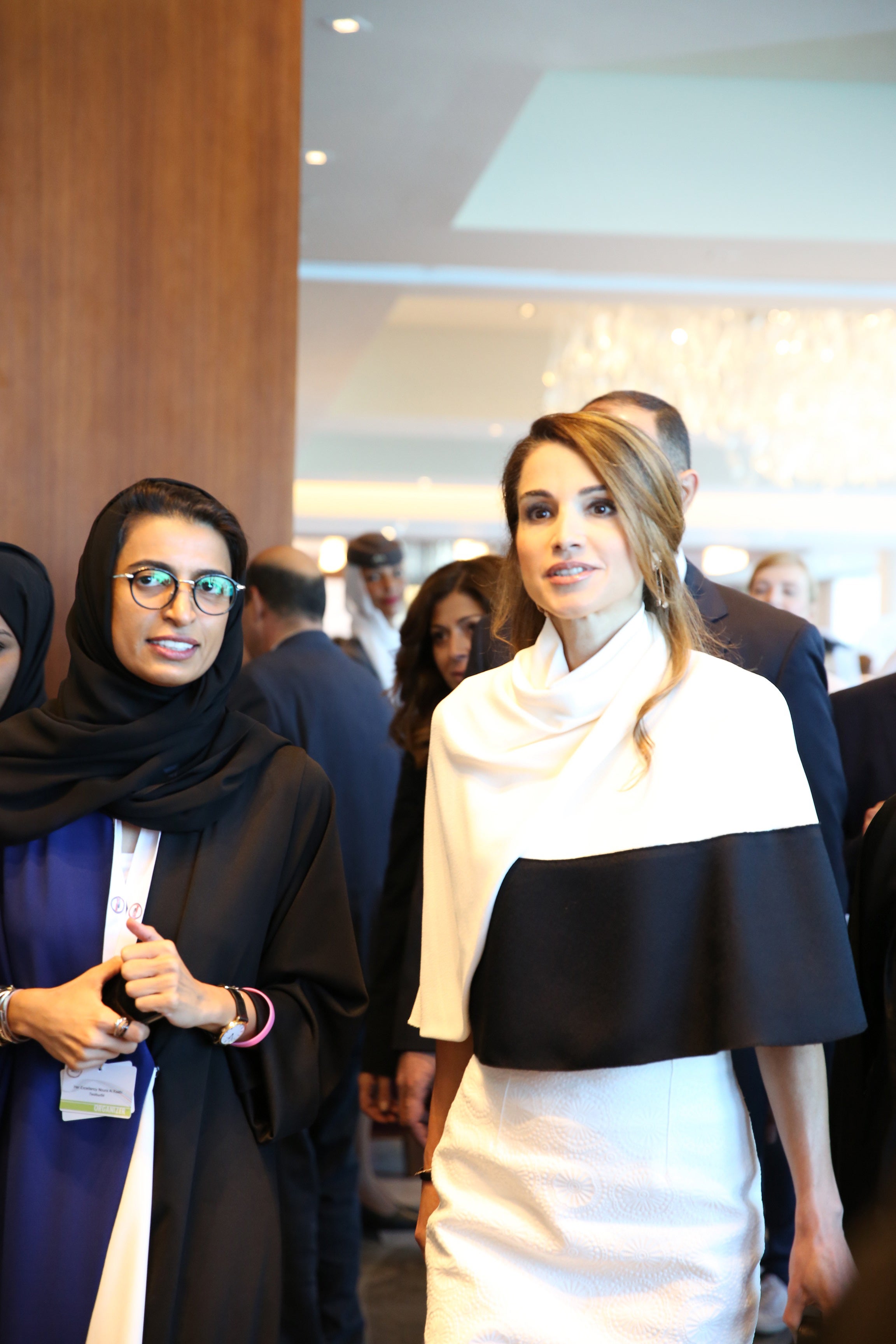 3. ENCOURAGE AND SUPPORT HUMAN CAPITAL PROGRESS
"We have had a number of interns working with some of our leading partners, such as Ubisoft on the development of CSI: Hidden Crimes, the first mobile game developed in Abu Dhabi. These initiatives will encourage the young interns to consider the media industry as a long-term career choice. I would like to emphasize the value of twofour54's employees, especially the women at twofour54 who are committed in making a difference to the media sector and the community as a whole. We have always appreciated the hard work of our employees and through our maternity leave policy, as an example, we convey our understanding and support during those critical family times."

4. THINK SYNERGISTICALLY TO SEE THE BIGGER PICTURE
"As a member of the UAE's Federal National Council and working on different committees and boards, I have the opportunity to see the overall vision of Abu Dhabi and UAE. As a result of filling these roles, I am able to serve UAE on both a local and federal level. While each entity operates individually to develop different parts of the chain, they also help each other to grow the overall culture."

5. LINK UP TO SCALE YOUR BUSINESS... AND SUPPORT THE MENA REGION
"94% of the 300,000 enterprises in the UAE are SMEs and these companies employ 90% of the nation's workforce as well contributing 40% towards GDP, which enhances the development of the UAE. However, unemployment is currently at a significant high and is considered as a major stumbling block to regional development. I think that entrepreneurs in general need to work together with accelerators to establish their businesses." 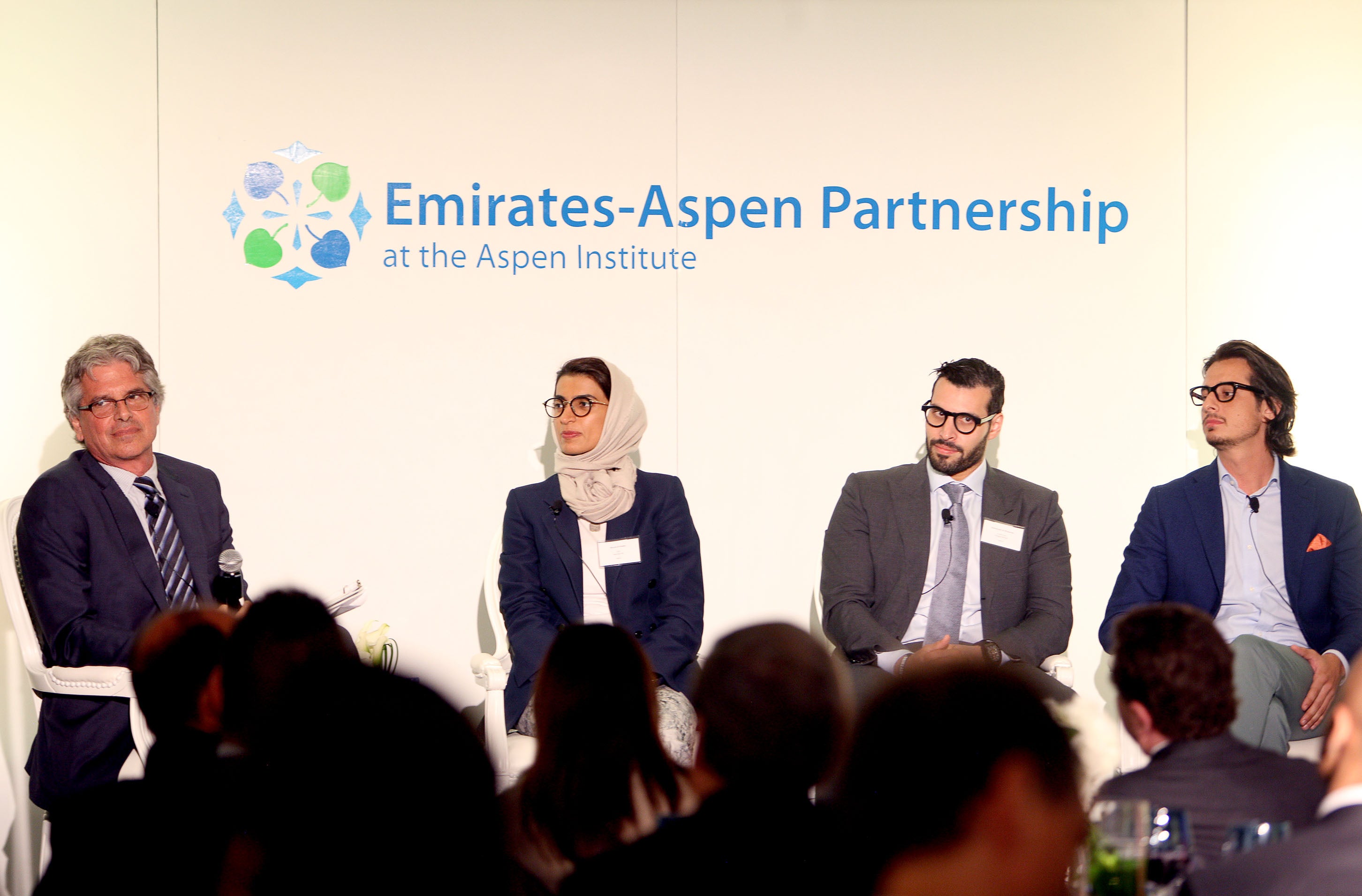 How to Respond to a Mean Person: 10 Effective Ways Intelligent People Deal With Rude People