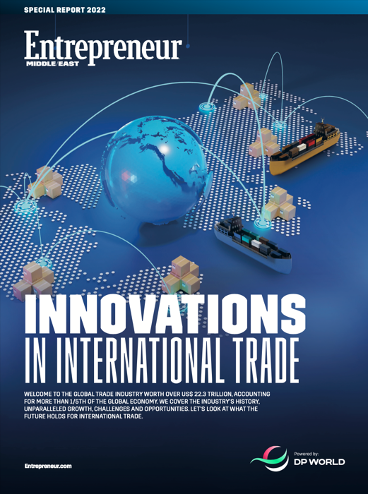 Dubai has always been an important constituent of the United Arab Emirates, as well as of the formerly known Trucial States in the 1890s, which referred to the sheikhdoms along the coast of the Arabian Sea. The Emirate has also always been an important trade hub. In the early 1900s, the city became the main port of the Trucial States, with the British-India Steam Navigation Company starting regular service to Dubai.

The UAE has only had three occasions where its trade fell. These happened in the past 15 years, starting with the global financial crisis in 2008-09, followed by reduction in trade due to the fall in oil prices from over $100 per barrel in 2014 to less than $40 per barrel in 2016, and then the due to the impact of the global lockdowns caused by the COVID-19 pandemic. 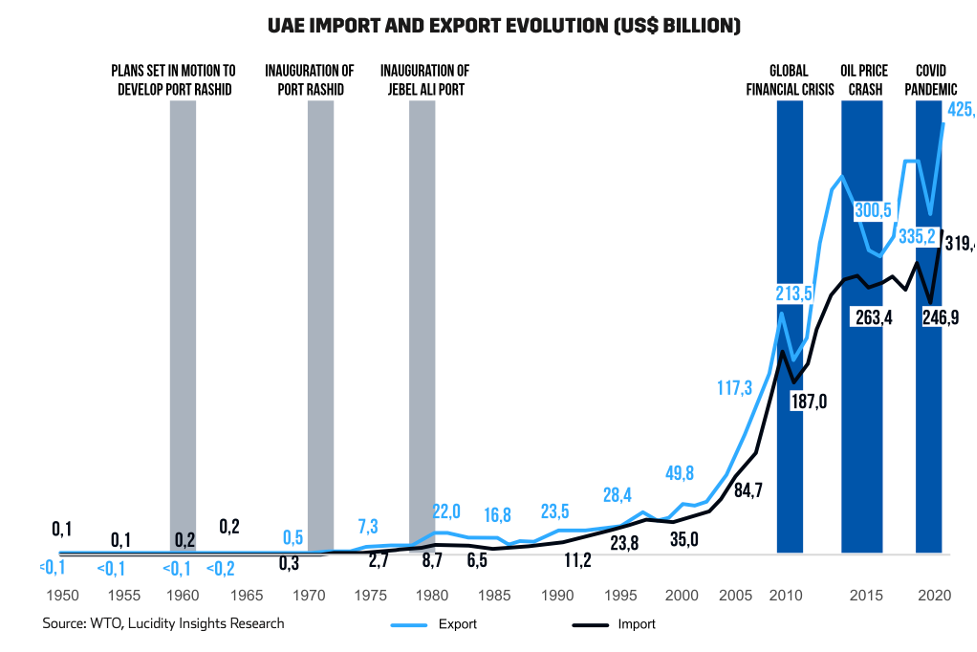 The UAE has 12 commercial ports besides oil ports. It has 310 berths, with 80 million tons of cargo. Some of the major seaports include two ports each in Abu Dhabi, Dubai, Sharjah, and Ras Al Khaimah, and one in Fujairah. Additionally, there are two onshore petroleum ports and one offshore petroleum port. Jebel Ali Port, which was inaugurated in 1979, became one of the main cargo gateways for the Gulf region, and now has become a prominent port for re-exports to the Middle East, Africa, and South Asian economies.

Free zones offer numerous advantages including zero customs duty to import into the free zones thereby allowing companies to take warehouses to store items for re-exports. Dubai's location is also an advantage for companies that can manage inventories and coordinate shipping activities from the free zone. There are 44 free zones in the UAE, with over 30 free zones in Dubai itself. Jebel Ali Free Zone, JAFZA, a flagship free zone of DP World, is the largest free zone in the UAE, with over 8,700 companies, and contributes to about 24% of Dubai's GDP.

The port of Jebel Ali consistently ranks in the top 15 ports in the world and is the only Middle East based port which ranks in the top 20. The Jebel Ali port- the 11th busiest port in the world- is operated by DP World, which is ranked among the top five port operators in the world, handling over 13 million 20-foot container equivalent (TEU). DP World is present across 78 countries and six continents, handling over 69.4 million TEU in 2019, and further growing to 77.9 million TEU in 2021. Within the DP world's global operations, Jebel Ali port accounts for ~ nearly 7.6%. Besides operating ports and terminals, DP World offers maritime solutions and logistics solutions, while also leveraging digital solutions through multiple platforms.