Motivating Employees Is Not About Money

Perhaps it should read: "Motivating employees is not all about money."

I should start off by qualifying the title somewhat. Perhaps it should read: "Motivating employees is not all about money."

Of course, money is a motivator on some level. After all, you will never get far by undervaluing employees, and issuing a well-earned bonus from time to time is sure to raise morale.

But when it comes to what really matters to employees, and what will lead them to regularly go to work with a smile on their face instead of dreading the buzz of the alarm clock, we have to look well beyond monetary rewards.

In fact, in their report titled The 7 Key Trends Impacting Today's Workplace, employee engagement firm TINYpulse found that money ranked a lowly seventh place on the list of factors that motivate employees to go the extra mile, with only 7% of the 200,000 workers surveyed listing it as a motivating factor.

That puts it behind camaraderie and peer motivation (20%), intrinsic desire to do a good job (17%), feeling encouraged and recognized (13%), having a real impact (10%), growing professionally (8%) and meeting client and customer needs (8%).

Clearly, we see that many factors are at play when it comes to motivating your team, but when managers and leaders and those in HR responsible for overall company motivation get it right, the rewards can be, well, incredibly rewarding.

Just how much so? According to Dr. Stephen Covey, in his book The 7 Habits of Highly Effective People, the difference between "poorly motivated and highly motivated employees is about 500% in productivity."

If that figure is anything close to accurate, then clearly we need to take a closer look at this issue to better understand what companies can do to foster healthier levels of motivation among their employees.

A closer look at why money doesn't work

But before doing so, let's take a closer look at the monetary awards issue by checking out an interesting study by renowned Canadian psychology professor Sam Glucksberg, who found that far from being a motivator, money can actually be a distraction.

Glucksberg took two groups of participants and instructed them to solve the famed "candle problem," whereby each group was presented with a candle, a box of thumbtacks and a book of matches, and asked to affix the candle to the wall in such a way that it would not drip wax onto the table.

Glucksberg then offered one of the groups a cash incentive if they solved it faster than the other group. And guess what: they did not. In fact, the incentivized group took almost four minutes longer to complete the task.

This is due to what is known as the "over-justification effect." It occurs when external incentives such as money or prizes actually decrease a person's motivation to perform a task, because they begin to pay more attention to the incentive itself, and less to the enjoyment and satisfaction they receive from performing the activity.

The science behind motivation

The complexities of us humans make dealing with us humans incredibly complex. Which is why we have to stress up front here that what works on one person may not work on another, and in dealing with different personalities we will no doubt encounter different challenges on the motivational front.

But there are some essentials when it comes to motivating a workforce, the success of which is tied to the way humans operate in general. With that in mind, let's now take a look at four things anyone responsible for motivating others should be aware of.

People are far more motivated to work when they feel that their contribution is going to make a difference. The only way your workforce is going to feel like this is if they truly understand why their role is important. Make the effort to regularly communicate your business aims and objectives to your employees –updating them on new clients, initiatives and ideas– to leave them in no doubt that their contribution to your organization matters. It's of course not as simple as it sounds. You will have to communicate with different levels of seniority differently, and not just pass on the relevant information, but also pass it on in a way that is "relevant" to them. 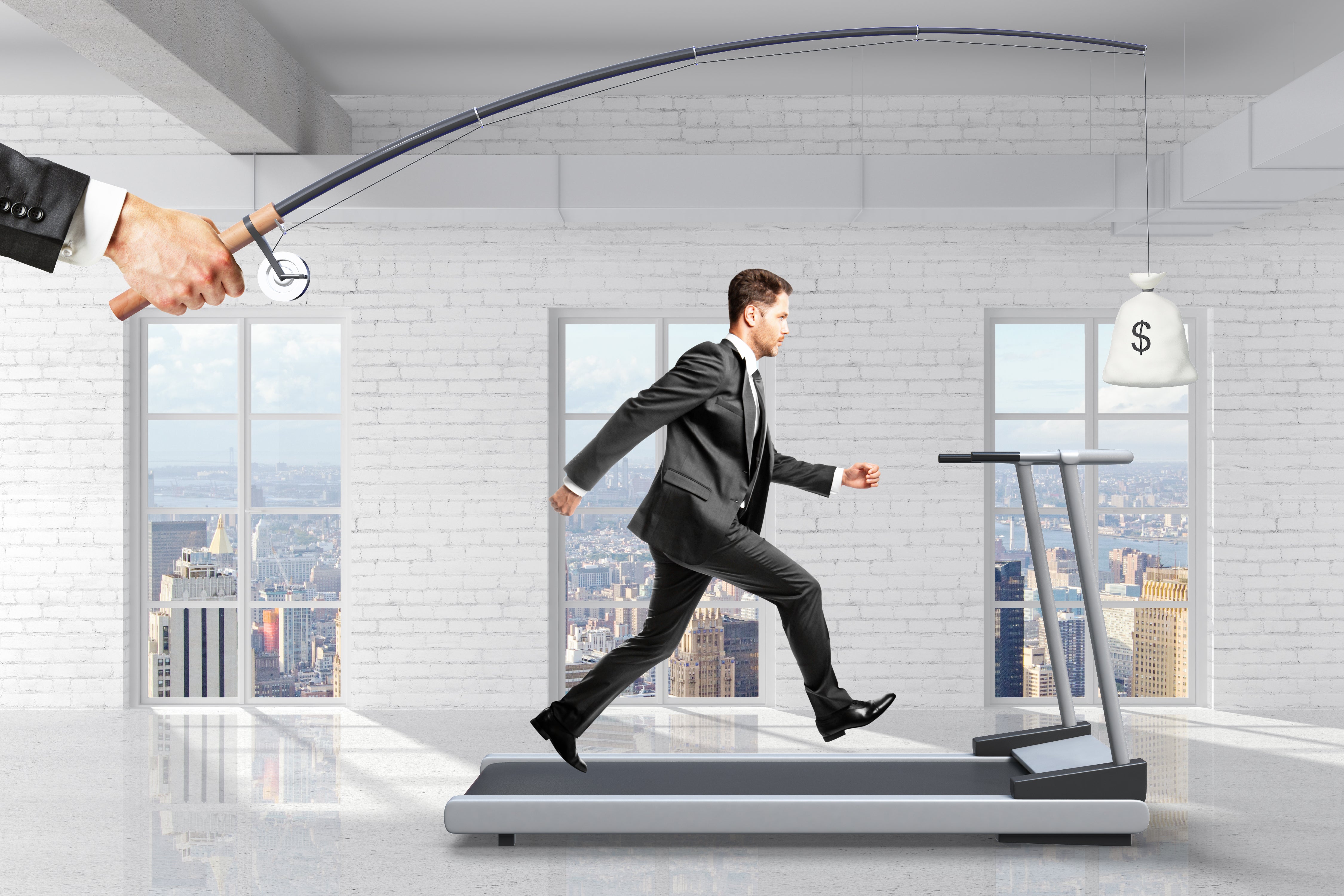 The Hawthorne Effect was first described by Henry A. Landsberger in 1958, after he analyzed experiments that were carried out in the 1920s and 1930s at the Hawthorne Works (a Western Electric factory outside Chicago). Researchers put a group of participants to work and then routinely changed a number of physical conditions over the course of the experiments– including lighting, working hours and break times. At the end of the experiment, the researchers found that productivity increased whenever a change to the environment was made– not because of the change itself, but because of the perceived attention that was being paid to the working conditions of the employees. Landsberger, and many others who have referenced the research over the years, suggest that the results show how paying attention to worker needs drives up motivation and hence productivity. Perhaps this is tied to that general need for recognition we humans all possess, as it somehow lets us know that our work is valued and is important to the overall success of the company.

Being in full control of a project or task is perhaps the biggest of motivators in itself. When we are aware that the success or failure of a particular activity is mainly in our hands, we are psychologically more inclined to make sure we perform it well. It is therefore important that on the individual managerial level, and on the company level as a whole, such a culture of trust and accountability exists. And while this one may sound a bit obvious, it is included on our list to emphasize the importance of having a qualified team in general, which is very much tied to having an excellent HR function. We need to hire the right person for the job in the first place, because then of course the trust to hand things over fully will naturally be there. In this sense, having a motivated team is also very much tied to making the right hires in the first place.

Expect your employees to do incredible things and there's a very good chance they will. This is down to what is known as The Pygmalion Effect– essentially a self-fulfilling prophecy, whereby the level of your expectations can directly influence the performance of your workforce. Put simply, expecting a staff member to achieve excellent results often increases their belief in their ability to do so, while expecting very little tends to breed self-doubt and, in turn, poor performance. If you've read Walter Isaacson's biography of Steve Jobs, you may remember his reference to Jobs' "reality distortion field," a term used by Jobs' colleagues to describe the Apple founder's unique ability to convince himself and others to believe almost anything using a mix of charm, charisma, persistence, and so on. Jobs would regularly use this "reality distortion field" to push his team to deliver results they truly believed were impossible. The outcome? In Apple's heyday, the company was untouchable.

Why do we work?

It's not the easiest question to answer. I guess at its most basic level, it is about survival. We are not out hunting for our food any more, though we do need money if we want to make sure that trip to the grocery store is a successful one.

But beyond basic survival, we all need to feel that we have a purpose, and much of that is tied to the joy we get from our work– or better to say from our career, or even "calling."

And sure, you as the employer can only do so much here. The reality is that most people do not much enjoy the working world. It is a chore, it is extremely repetitive, and indeed, most are doing it just to survive.

What you can and should do, though, is commit to creating the right environment for fostering motivation. How you do it is up to you. The above four points give us some general things to think about, but they are simply part of the bigger message which is that you must ensure your "corporate motivation strategy" is a key part of your overall business strategy. Because at the end of it all, the more motivated your workforce, the better your company performance, and if we are speaking honestly, that's what this is all about.

Related: How To Keep Employees Feeling Passionate About Their Work

Stephen Maclaren is the Head of Regional Sales Employee Benefits at Al Futtaim Willis. Stephen has more than 25 years of experience in the insurance industry, of which the past 11 have been spent in Dubai. He and his teams support some of the largest companies and organizations operating in the Gulf region and broker extensively in the areas of employee benefits and operational risks.

With over 18 years of experience in digital entertainment, Butler is known to have pioneered the use of AI technology within the entertainment and media landscape.