If you've got something that motivates you to work towards your goals, try to also build happiness around it, as it makes the process more enjoyable. 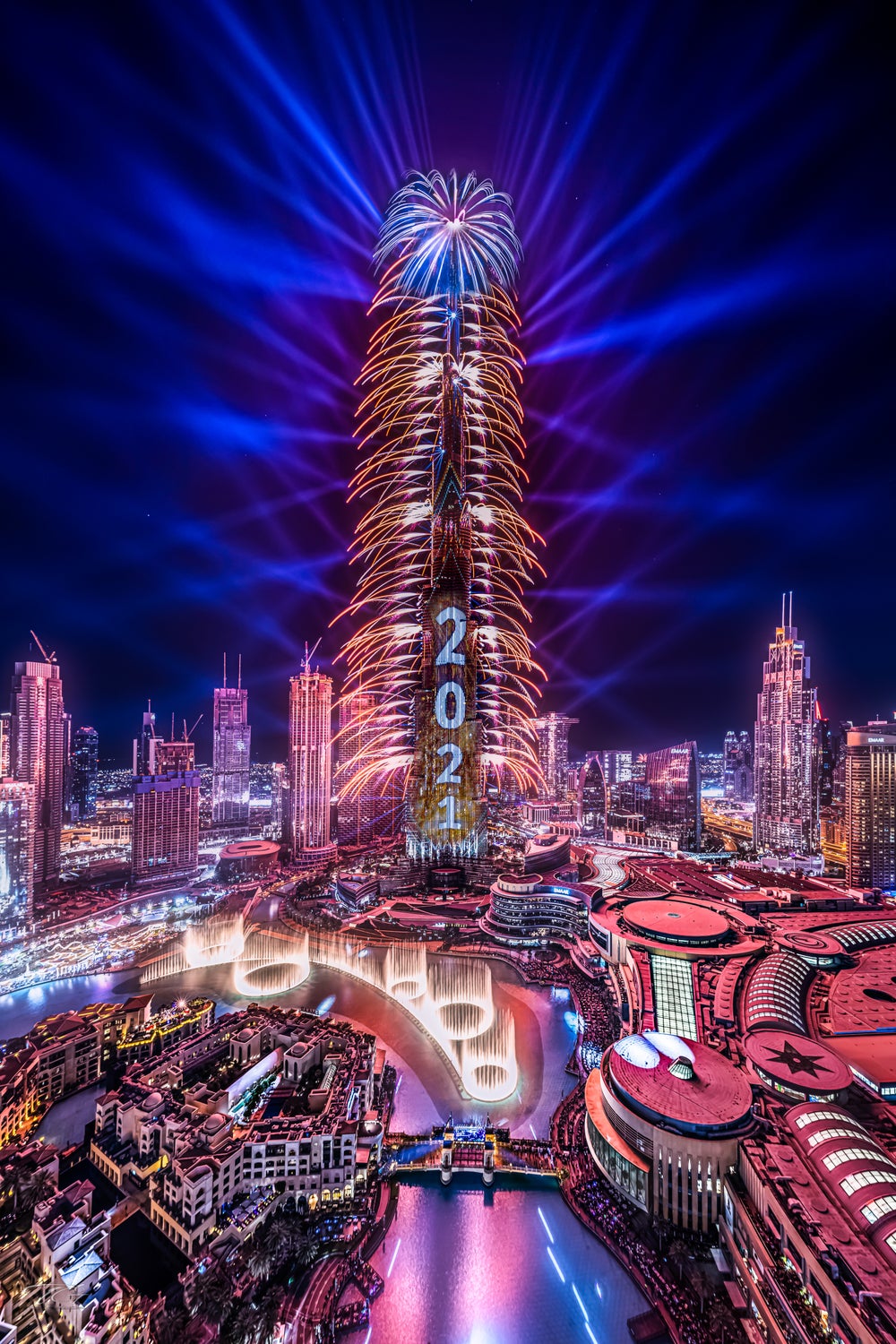 I love fireworks. They have certain emotions tied into them, such as goals, dreams, ambitions, and just an overall positive feeling. They also remind me a lot about New Year's, and how we get another chance to wipe the slate clean, and start all over again. I took the above image of the Burj Khalifa in Dubai, as part of a project I did almost exactly one year ago. While setting up and waiting for the fireworks to begin, I remember standing in the media line on the rooftop of Address Downtown among all of the news channels and local photographers, and all of us were discussing what we plan on doing next year, and laying out our goals to one another.

It's an interesting feeling how the strike of a clock and the spark of fireworks can bring about all these plans and dreams, and put them into perspective. I wonder what would happen if we would have fireworks every day: would our goals be more attainable, or would you see more happiness in the area? As I write these words, I'm gearing up to shoot the Burj Khalifa fireworks again on New Year's Eve from the Address Downtown, and I'll soon be alongside fellow members of the media lining up to capture the moment, and I'm already thinking of the goals that I will be discussing with them tonight.

For those of you doing the same at this time of the year, here's what I suggest: if you've got something that motivates you to work towards your goals, try to also build happiness around it, as it makes the process more enjoyable, and it also makes the effort you take to accomplish them seem a lot more achievable. Good luck, and have a wonderful new year!

Ihsan Eid Salhia (perhaps better known as The Guy, aka TG) is the founder and CEO of TG Media Productions LLC. Follow him on Instagram @TGFROMDUBAI.