By Osman Sultan
September 16, 2015
Opinions expressed by Entrepreneur contributors are their own.
You're reading Entrepreneur Middle East, an international franchise of Entrepreneur Media.

As anyone who has listened to Osman Sultan speak can attest, the du CEO is a gifted orator. Since one of the requisites of being a great leader is (arguably) being a good speaker, we asked Sultan to share his thoughts on how one can master the art of public speaking- here's what he had to say.

"The idea of a podium may seem appealing, especially to people without much public speaking experience; it gives them something to hold on to, and a place to put their written speech; however, as much as a podium may seem like a positive addition to the stage, there are a lot of negative associations with the podium. For the speaker, it ties them to one place and stifles any movement away from the podium. More importantly, it becomes a physical barrier separating the speaker from the audience, which on a psychological level can foster feelings of mistrust and unapproachability amongst the listener. When an orator shows all of themselves, the listeners feel that they are more open and thus place more trust in what they have to say.

"Language can also create barriers. It's remarkable how the tool with which we communicate can easily alienate our listener. Orators must ensure that their use of syntax is effortless, uncomplicated and easily understood. Avoid the use of insider references that might only be understood by a few of the listeners, to avoid creating distance with others. As a public speaker who is an expert in the field about which they are speaking, stay clear of abbreviations. While you are the expert, your audience is not expected to know what, for example, IP, B2B or BSS/oSS stand for, hence speakers have to simplify their use of terms to engage the entire audience and not just a part thereof."

"A speech should have a logical flow, where every element enriches the content, however it should also compel the listener through the use of inspired language and concrete adjectives that will transcend the audience. Humans are visual creatures, and using heightened language will enhance the audience's visualization of the speech. The story element will make the speech tangible, allowing the listener to engage with the speaker, and understand their point of view. For example, if the speaker were discussing the success of a change in policy, they might explain it in the form of a story about the every-man worker who benefits daily from the change, thus humanizing the policy." 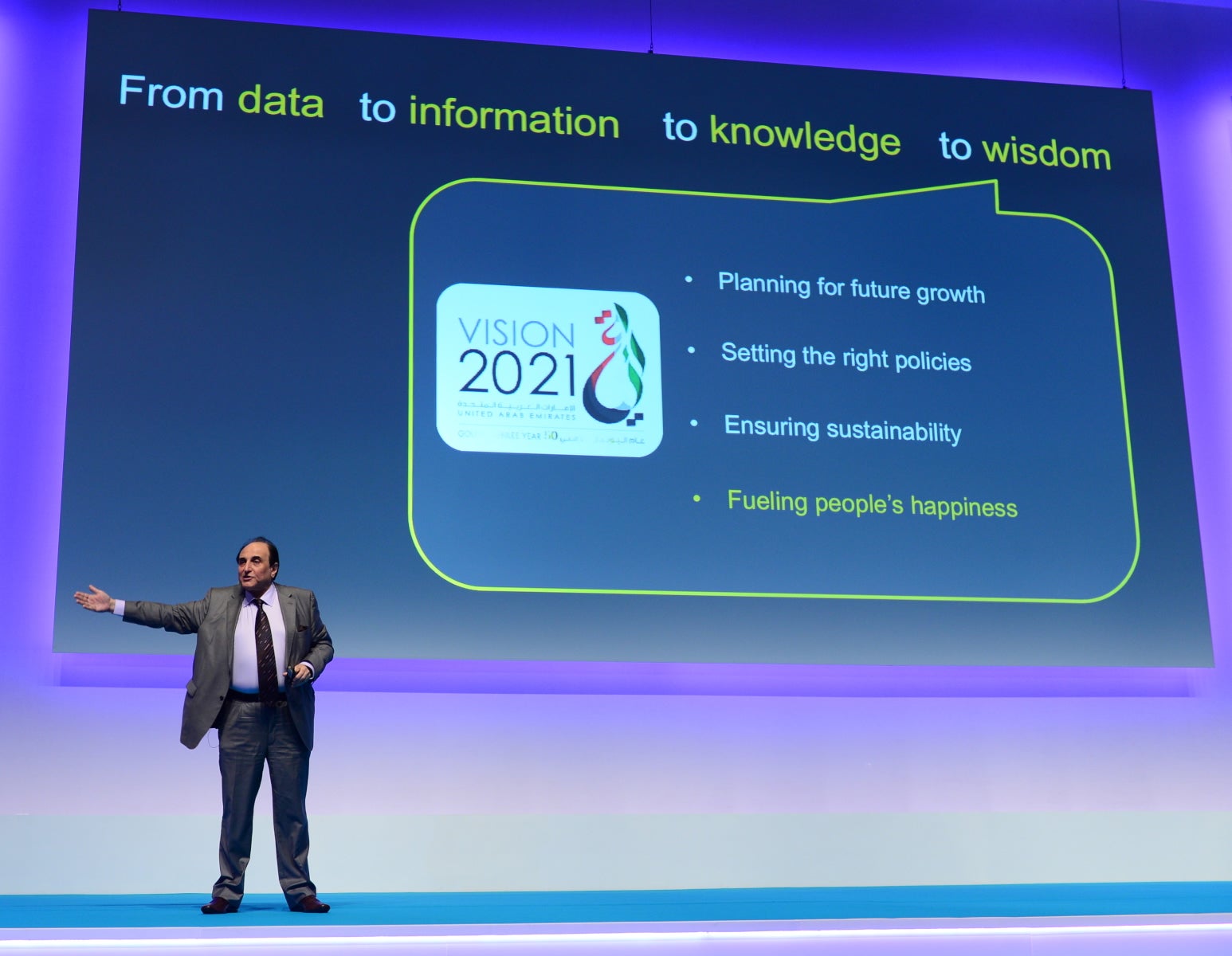 "When speaking with an audience, engagement on all levels is important. Orators should use gestures in their vocal deliveries to enhance their speech and reinforce the points to the listener. An example of this is if openness and honesty within a business is being discussed, the gesture of open arms and open palms should follow. In the listener's mind, the speaker is showing that they have nothing to hide."

"The use of visual multimedia tools will enhance the content being delivered, and engage the audience with the subject matter contained within the speech. The discourse can benefit by being enhanced with a short video, for example, which enables a message to come across more clearly as it is supported with text, image and voice over, and it will change the pace of the presentation for the audience. Using an interactive slideshow is an additional way to increase listener engagement, however, images that are too complicated may lose the audience attention. Finally, avoid using too much text in the presentation slides; audiences find it difficult to concentrate on simultaneous text and speech. Use visual aids to support the content of the presentation, and enhance it with interesting and engaging subject matter."

6. Engage With Your Audience

"Having an inspired, actively engaged audience is a rarity; event permitting, if the audience questions a speaker in the middle of a presentation, allow them to do so. If their question will be addressed later in the speech, engage with them regardless by acknowledging that their query will be addressed. However, if the audience is one that just listens, open the floor to them at the end of the speech. Inviting audience participation and discussion derives maximum interest from the listeners; pepper the discussion with additional points to your speech to make the discourse even more effective and rewarding. The end of any presentation should always leave the audience with thoughts- they should be feeling inspired, reflective or be galvanized into action. If, at the end of a speech, one of these three reactions is achieved, the orator has triumphed."