The Darwazah Startup Accelerate 2019, designed to promote entrepreneurship among students and youth in Lebanon, will be concluding with a final Demo Day.

The Darwazah Startup Accelerate 2019, designed to promote entrepreneurship among students and youth in Lebanon, will be concluding with a final Demo Day from its cohort of startups on April 17, 2019 at the Maamari Auditorium in Beirut. 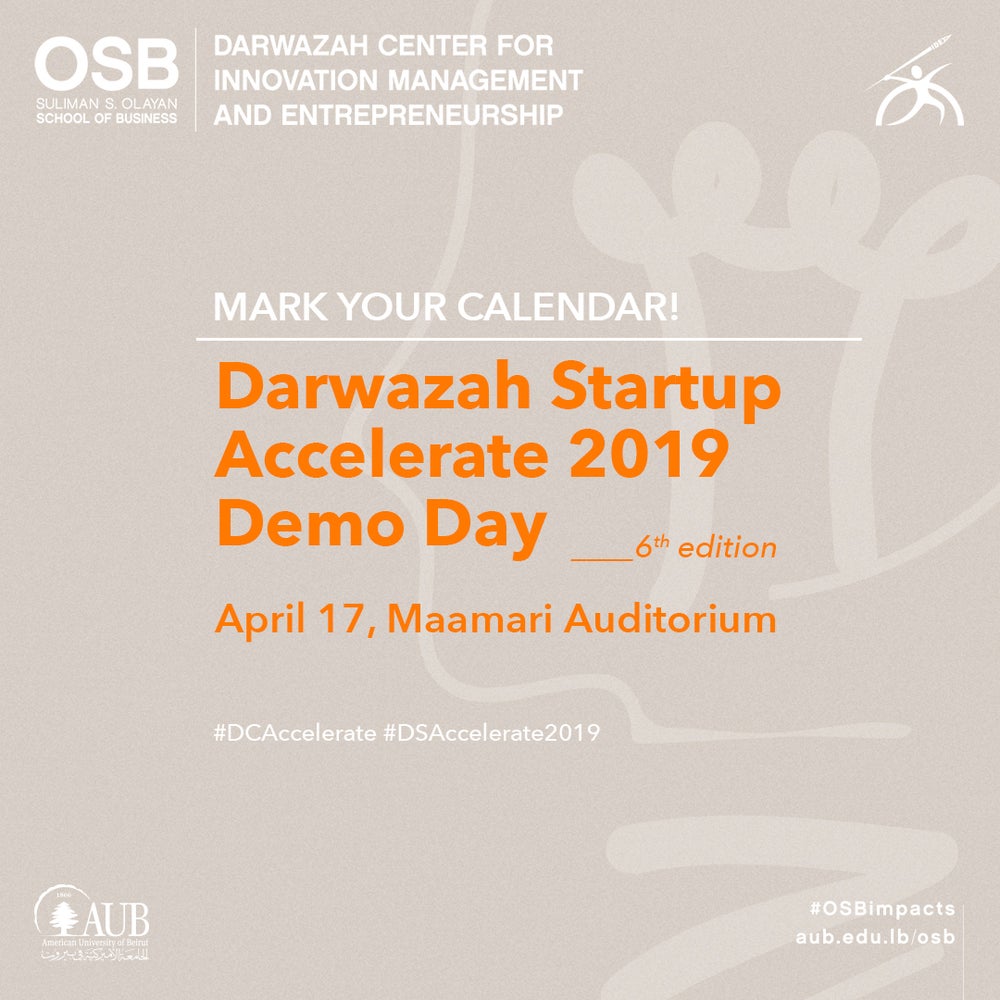 Now on its sixth year, the program is organized by American University of Beirut's The Darwazah Center For Innovation Management & Entrepreneurship. This year's program started in December last year and attracted more than 80 teams, wherein students underwent ideation sessions, two bootcamps sessions, three shortlisting phases and received mentorship from industry leaders. With eight teams left, the contestants will present their final pitches to a panel of judges on April and will pitch in front of a public audience on Demo Day on April 17, with two teams that will be announced as winners and gain US$10,000 each to further develop and their launch their venture.

"Over the years, and particularly this year, the student ideas are maturing, and we are seeing more quality participation," comments Dr. Bijan Azad, Director of the Darwaza Center, on this year's competition. Dr. Azad adds their aim of being a catalyst of growth, "We are committed to encouraging student entrepreneurs, but we are more than cheerleaders. We see [that] our bootcamp gives a flavor of [what] real entrepreneurship life to come- so if you are easily discouraged or not open to pivoting, it may not be the right path for you. But for others, it could be very much the destined path on the way to reaching a MENA Steve Jobs status."

Related: BizWorld UAE's KidPreneur Awards 2018 Is On A Hunt For Student Entrepreneurs