Calling out KSA "treps, this one's for you. As part of the Kingdom's efforts to invigorate entrepreneurship, the General Small and Medium Enterprises (SME) Authority will be launching HUB1006, an operating entity which will foster the growing SME and startups scene in KSA. Offering access to professional and legal services, office space, venture capital and government services, it aims to entice local and international entrepreneurs to utilize the hub to grow a business in Saudi Arabia, enabling startups to focus on scaling their ventures and lessening bureaucratic obstacles. 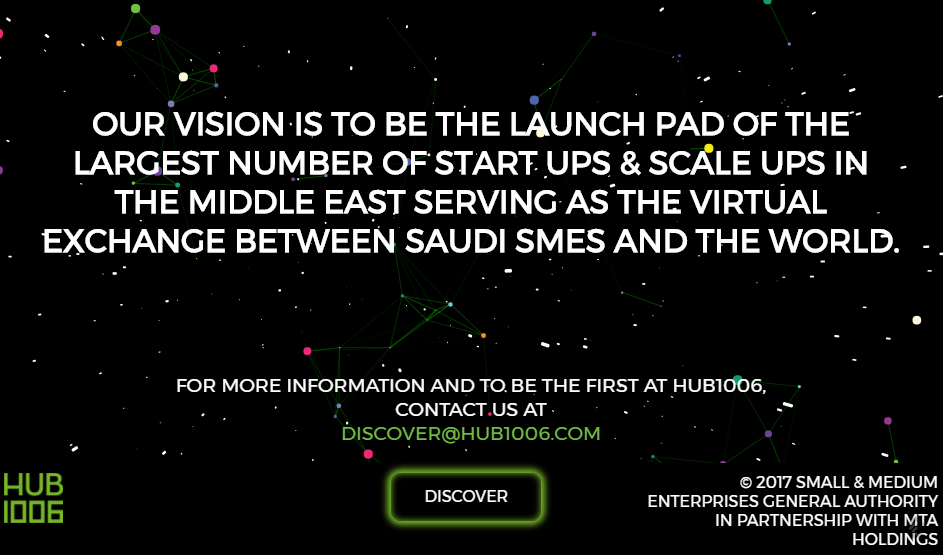 Driven by Saudi Arabia's Vision 2030 and the National Transformation Program, the hub would be established in King Abdullah Economic City, in partnership with Emaar Economic City, Economic Cities Authority and Mohammed Bin Salman College. The SME Authority also plans to grow the hub in other parts of the Kingdom, such as Riyadh and Jeddah, to eventually reach its goal of scaling throughout Middle East. Other organizations partnering would be CIC-Venture Café Global Institute, Deloitte and MTA Holdings, who would also be offering their assistance to ensure the growth of hub members' startups. According to its website, to be eligible to apply, entities should be a small enterprise consisting of 1-49 employees, having at least one Saudi national on the team, legally registered in Saudi Arabia, and have 0-5 years in operation or operated by local freelancers.