With an aim to remove non-sustainable hardware from the aviation industry, its first core prototype is a redesigned lightweight in-flight economy food tray called NEOS Fly which combines functionality, sustainability, and technology, and would make a positive impact on the environment, while also allowing airlines to save money in the long run.

By Pamella de Leon
June 21, 2020
Opinions expressed by Entrepreneur contributors are their own.
You're reading Entrepreneur Middle East, an international franchise of Entrepreneur Media.

While the airline industry may still be figuring out its bearings given the impact of the COVID-19 crisis, Dubai-based startup The Concept is making its presence felt in this landscape thanks to its innovations that help boost the sector's efforts in the sustainability domain. Founded by Yadhushan Mahendran, Maria Sobh, and Muhammad Rijal Hikmatullah, The Concept was formed in 2017 with the mission to create "disruptive hardware and software solutions that embodies sustainability, technology, and innovation." With the initial aim to remove non-sustainable hardware from the aviation industry, its first core prototype distorts a centuries-old product: a passenger's inflight food tray. The redesigned lightweight in-flight economy food tray called NEOS Fly combines functionality, sustainability, technology and conveniences, and would make a positive impact on the environment, while also allowing airlines to save money in the long run as well.

The trio, who have diverse backgrounds in business, design, and engineering, started out on this enterprise while they were university students, and got their venture off the ground by joining the Dubai-based aviation and travel incubator, Intelak. Having to balance their final year as university students, while setting up their own startup was a challenging but rewarding experience, Mahendran remembers. "We've not only grown as co-founders, but also grown individually as entrepreneurs in way where we've learnt how to balance our company." He commended the program's mentors as essential in helping them realize the capacity to build a startup, while also helping boost their relationship and skills, which soon grew to complement each other's. "This [experience] not only let us validate our business potential by working with some of the world's leading airlines and flight catering centers, but it also helped us to fulfill and understand the fact that there is a need for sustainable hardware in this market." Being selected as one of the top winners in the program then enabled them to get direct access to key stakeholders in the aviation market, and they soon noticed the lack of sustainable hardware for the aviation sector. "This further strengthened our drive towards achieving our vision. Our aim through our company is to balance innovation, sustainability, and price points for our clients, whilst maintaining the highest possible quality."

By honing into this gap in the MENA region's aviation market, the co-founders settled in on The Concept's core value of sustainability, and essentially, disrupting the supply chain of waste management. The Concept partnered with manufacturers and recyclers based in Europe, wherein they have the capability to design, manufacture, and recycle in-house. Though they're currently engaging with UAE government sectors to help setup production facilities locally, finding a local company with whom they could partner up with was a major hurdle initially, as most of them didn't want to work with smaller companies like The Concept. However, the co-founders call this one of their "best" hurdles, as it forced them to look for out-of-the-box solutions, which included designing products designed in UAE and having material and production partners in Europe. By creating such partnerships, they hope to reduce production and final product costs, while also achieving a sustainable product life cycle. Mahendran describes their process as one that goes into "identifying the gaps of lack of practicality, and where sustainability as a solution hasn't been introduced." He elaborates, "It's become natural for us to begin by diving deep into the design, material, and business model of a product. The first questions we ask ourselves are: "How is it being made?' and "What happens to the product at the end of its lifecycle?'" 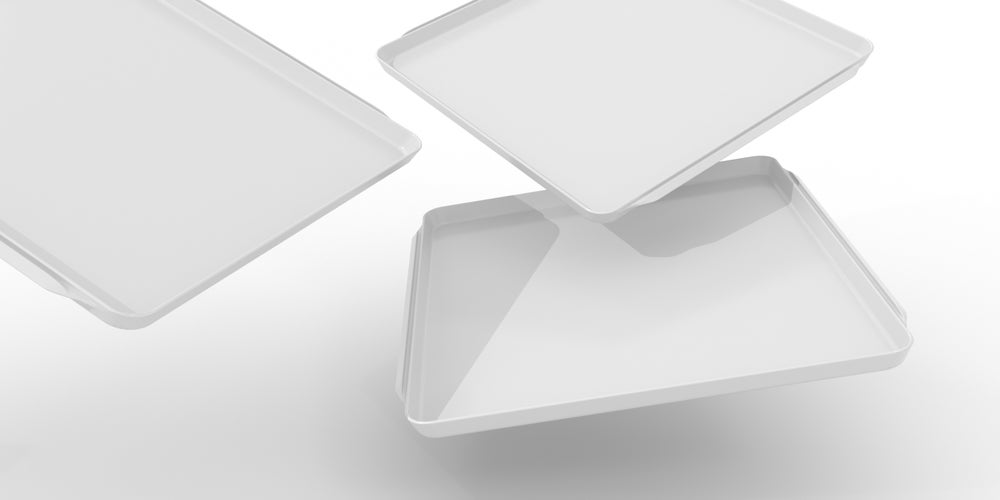 This is exactly how Mahendran and his team went about building The Concept's products. They found that in 2018, the aviation industry generated an average of 1.43kg of cabin waste per flight, which is potentially 6.1 million tons of waste annually- equivalent to 17,000 empty A380 aircraft. According to a 2020 report from United Nations Environment Program, only 9% of plastic waste is being recycled, while 12% is being incinerated, and 79% is discarded to landfills. This thus creates an opportunity for The Concept to not only rise as changemakers, but as rectifiers in the lifecycle of products in the aviation industry. Besides sustainability as a main core in their manifesto, Mahendran says they're also about building products that is superior in quality and competitive in pricing. For creating their first product NEOS Fly, Mahendran says they started with the involved stakeholders, considering the user journey, with reiterations as a natural occurrence. "We believe the more you're comfortable with going back to the drawing board to work on changes, the more refined the final product will be. It's definitely a learning curve and it's important to have an open perspective once it comes to the actual process of design, rather than just focusing on the final outcome."

Related: Sustainable Aid: Why The Fight Against Coronavirus Must Include Developing Nations

Working closely with material and manufacturing partners to help validate and test the product, it took The Concept 13 prototypes, multiple focus groups with over 100 cabin crew, and even a live piloted flight to come up with the current version of the NEOS Fly. "Using recycled materials, we were able to meet the goal of creating a closed-loop sustainable product that can be mechanically recycled at the end of its lifecycle, and contributes to being made into new products whilst still holding its mechanical properties," explains Mahendran. While they offer a variation of materials for clients, rPET, which stands for recycled polyethylene terephthalate or recycled PET, has been one of their most sought after material. "We offer our clients (aircrafts) the service to use their used PET water bottles that were consumed onboard the aircraft by their passengers to be recycled and made into brand new, NEOS Fly trays," says Mahendran. "These trays can be then recycled again into new trays and other products at the end of its lifecycle. Not only does this motivate our clients in regard to being sustainable, but we offer them rebates per ton in regard to the waste materials collected that are re-used to create new NEOS Fly trays." 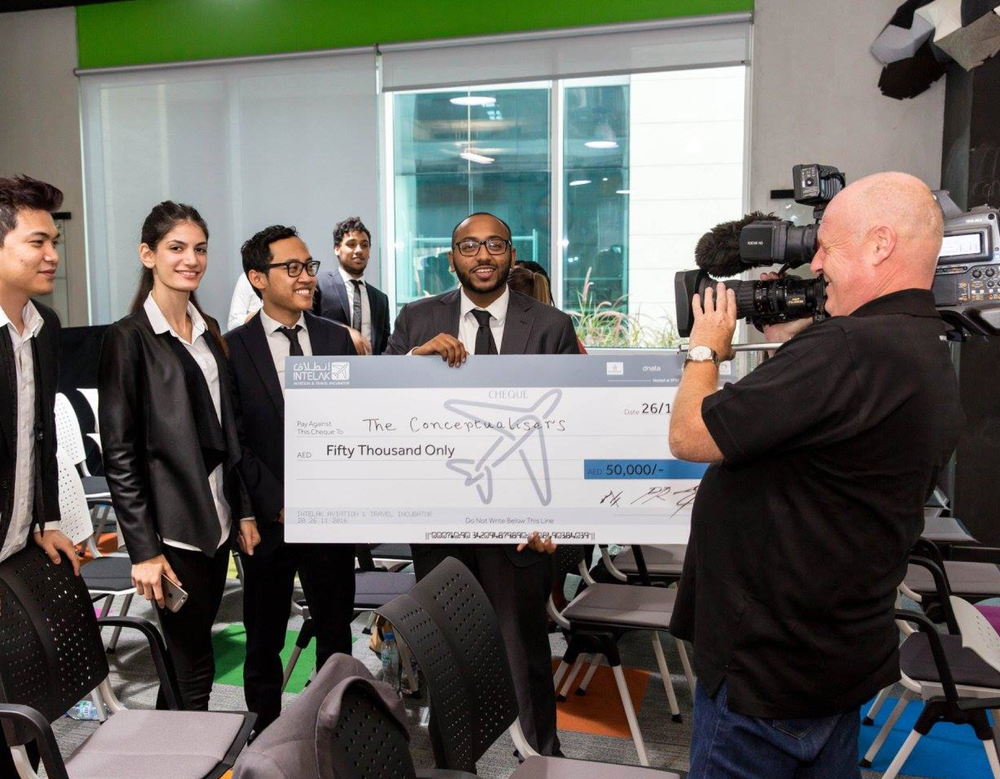 The Concept team at Intelak Incubator. Source: The Concept

Another key characteristic that Mahendran points out is how the product combines design and engineering: the team designed the NEOS Fly to be up to 30% lighter than existing trays in the market, allowing an airline to save up to $1,500,000 in fuel savings (according to their estimation), just from using their lightweight food trays. But it's worth noting here that it has taken the team two years to reach production and launch stage, which also included a fair share of challenges and R&D. "Plenty of people might think, "It's just a tray, how much is there to innovate?'" Mahendran says. "However, we've learnt through the process, the level of detail in innovating a product to the best of its capability in terms of practicality and sustainability." With a B2B business model, the co-founders kept in mind while building the product that airlines would not be willing to pay more for sustainable materials and technology, making R&D all the more significant, as they wanted to offer a much superior product to existing trays at a similar or even lower cost. With their business model, the co-founders foresee working directly with airlines and flight catering centers, and also through distribution partners based in the UK (who has opened the opportunity for NEOS Fly to be used in over 20+ airlines worldwide), who will take care of 70% of their sales.

While the product has been in development, The Concept has also been working closely with multiple airlines and stakeholders in the market, thanks to their pre-product marketing that they've executed. Not only has the strategy helped create traction and attention, but helped the startup secure a pilot with "one of the leading airlines in the world" and open access to multiple flight catering kitchens around the world. To date, The Concept has raised $150,000 in a pre-seed round from a UAE-based angel investor, along with grants from commercial and government entities, and they're now looking to raise $1,200,000 for a seed round that will go towards production and scaling. They're also looking to embed RFID tech in their trays to enable airlines to collect and understand passenger consumption behavior. This is part of a long-term plan to include the data as a value-added service through a subscription model: "Within the next 3-5 years, we aim to provide our hardware at almost no/zero cost, basing our business model around the data collected from the passenger consumption behavior being sold back to airlines and flight catering centers." 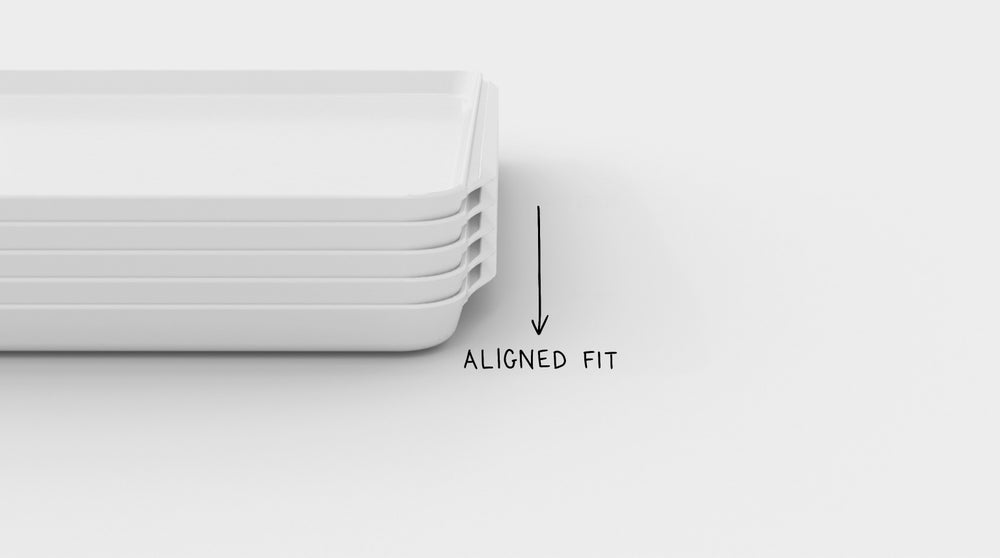 Amidst the ongoing crisis caused by the coronavirus pandemic, Mahendran notes that they've been lucky to have been selected by the Abu Dhabi-based tech hub Hub71 as part of its Mubadala-backed incentive program, which will help them in opening a second office in the UAE capital. "Not only has Hub71, through their partners (such as Microsoft), constantly offering us solutions on how to go about our business, but they have also been backing our business in these tough times," says Mahendran. In a similar manner, as an alumni of Sheraa's PreSeed Launch program, the Sharjah-based entity has been connecting The Concept with the right stakeholders to ensure business continuity. In-house, they've been preparing for a short-term impact for their business as they predominantly fall within the travel industry, but they're using this time to accelerate into other verticals such as events and hospitality by working on supplying with sustainable catering hardware. "As a company, we see a great opportunity to seize at this current situation. We believe airlines are changing their strategy to look for alternatives even with current contracts or tenders; [this is] where we could come in and propose our solutions."

Q&A With Yadhushan Mahendran, Co-Founder And CEO, The Concept 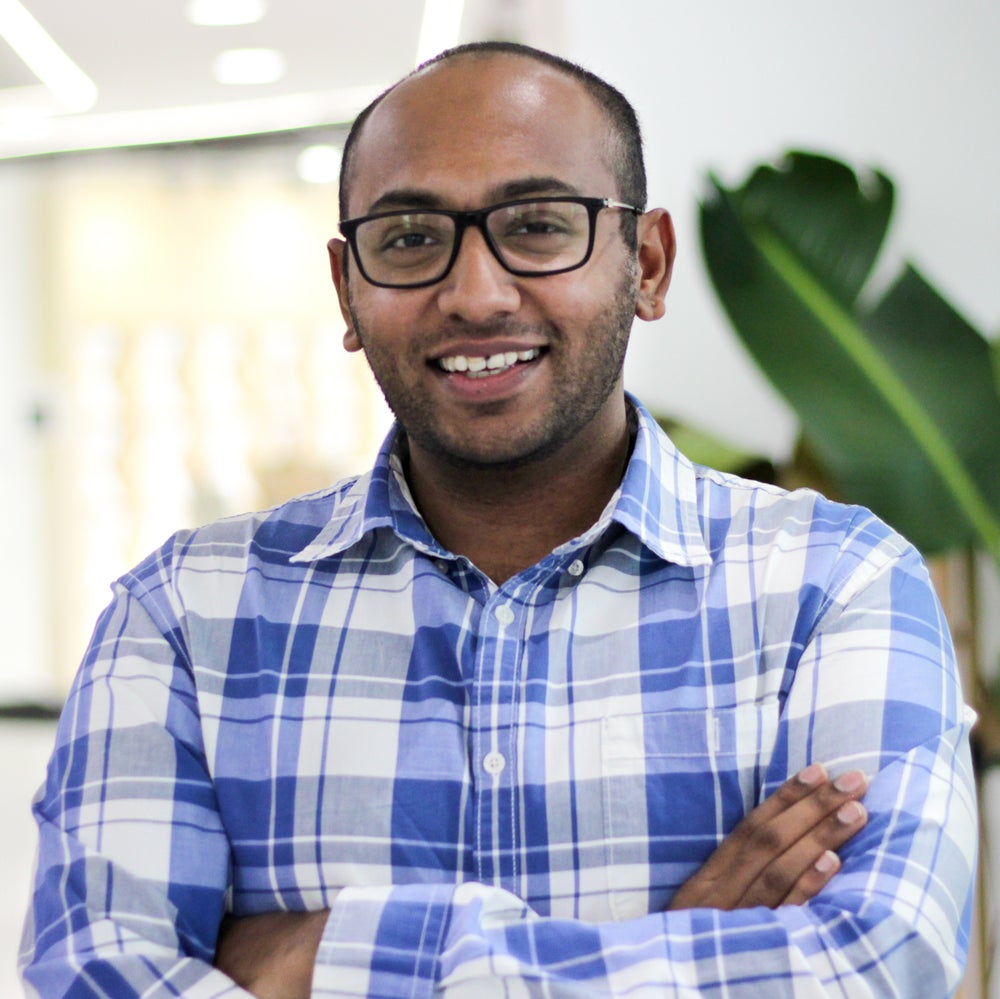 What's a key lesson you've encountered in your journey as an entrepreneur?

"We've faced a lot of challenges and failure such as finding the right distribution partner, raising investments, and getting major airlines on-board. The one thing we learned as entrepreneurs is that don't be too optimistic based on the words of the people in a meeting, always proceed forward with an open mind, but don't expect it to be rainbows and butterflies after. Asking people a "yes or no' question for us has become so pivotal as a startup, so that we are able to judge our next steps. We've had a handful of opportunities that didn't end up maturing, which caused false hopes. In the end, it's helped us to be more strategic and purpose-driven when we have key meetings, ensuring that we are able to get direct answers from those present."

Related: A Look At How Businesses In Dubai Are Ensuring Their Employees Physical And Mental Well-Being Amid COVID-19

4 Keys to Achieve Business Success in a Time of Crisis