By Neil Petch
April 25, 2016
Opinions expressed by Entrepreneur contributors are their own.
You're reading Entrepreneur Middle East, an international franchise of Entrepreneur Media.

Although virtual reality (VR) had already been creating its fair share of buzz, it was when Facebook acquired Oculus VR back in March 2014 that the business world heard this industry sector's statement loud and clear. Sure, there were the usual rumblings about the purchase price: US$2 billion for a company whose product is not even close to coming to market- what were they thinking? But much more than that, there was the realization that the foundation for virtual reality going mainstream was coming together. At the time of the purchase, Facebook CEO Mark Zuckerberg had this to say about the technology: "When I put on the goggles, it's different from anything I have ever experienced in my life."

And it is, without a doubt, exactly that.

Virtual reality is essentially an artificial, software-created environment presented to users in such an immersive way that it is accepted as real. By stimulating the senses of sight and sound –and sometimes touch– we can interact with a virtual environment in much the same way as we would the real world. Just take a look at the video below to get an idea of the absolutely incredible power of this technology. These are not actors. These are people who a second before strapping on the virtual reality headset saw very clearly that they were in a room and not 200 meters up in the air. But look how all that changes the second they put on the headset.

The technology is thought to have existed in the military as far back as the 1960s, but it wasn't until the 1990s that virtual reality really began to gain traction, led largely by the gaming industry. Major developments over the past five years have redefined the potential of this technology, and virtual reality is now a serious proposition for an array of industries well outside the gaming space.

Now the likes of Zuckerberg do not make $2 billion purchases simply because they personally like the technology. The social network's CEO made clear that his was a long-term bet on the future of computing. And perhaps he had the stats at his fingertips, which, according to market research firm TrendForce, show that the virtual reality hardware and software market will reach as much as $70 billion by 2020. To put that in a bit of perspective, in 2016, the figure is expected to hit about $6.7 billion.

I think by now I have made clear just how bullish I am on this technology– this industry. It is indeed clear to me that there is an absolute revolution in the works, and opportunities for entrepreneurs in this space will be plentiful. The technology has the potential to enhance just about anything and everything.

To take just a few examples (from literally thousands and thousands), imagine how reading, leisure, shopping, entertainment, travel, education and training, fitness, and healthcare can be enhanced by virtual reality. I bet if you gave it just a few minutes of thought you would already be able to come up with a number of potential applications.

Sales of Facebook's roughly $600 Oculus Rift VR headset have already begun. The device, compatible with, for example, the Xbox ONE as well as the popular game creation tools Unreal Engine 4 and Unity 5, will allow developers to create applications using a familiar system. Google is also stepping up its interest in virtual reality. Having tested out the waters back in 2014 with its Google Cardboard headset, the company recently announced plans for another VR headset to rival Facebook's Oculus offering. Google also joined a group of investors who put hundreds of millions into Florida-based virtual reality startup Magic Leap.

Other big names getting into the game in some form or another include Samsung, which is partnering with Oculus to roll out the Gear VR headset (compatible with Samsung's smartphones), while Sony is set to launch its own PS4 compatible headset –the PlayStation VR– in October of this year. Rounding out the heavy hitters that are worth a mention here we have Microsoft's HoloLens headset, which claims to be "the first fully untethered, holographic computer, enabling you to interact with high-definition holograms in your world." Microsoft, like most of those looking to become virtual reality infrastructure players, is allowing developers to create their own applications for the virtual reality hardware, which could result in opportunities for countless startups (and established companies) to grab a piece of the pie.

Let's now take a brief look at just four sectors where we can expect applications to thrive in the world of virtual reality.

Education is a sector where virtual reality has a seemingly endless list of practical applications, from using the technology to learn to drive before being ready to hit the road, to allowing students to interact with live models and landscapes in subjects such as cosmology, physics, geography and biology. For instance, students of history could walk through an exact virtual replica of the Roman Colosseum, quite literally experiencing "firsthand" what they would otherwise have to travel halfway around the world to see.

In a recent survey at the 2016 Consumer Electronics Show, it was the education sector that was predicted to see the biggest impact from virtual reality, with respondents citing the potential for virtual classroom environments and virtual reality enabled textbooks. And Google is a major influencer here, having launched its Pioneer Expeditions Program in 2015. The program gave school children and teachers across the world the opportunity to "visit" over 100 virtual locations from the Great Wall of China to Mars, highlighting the incredible potential for this technology in the classroom.

Manufacturing is another industry where the major players are already seeing the benefits of VR, with the potential for many more businesses to follow suit. American car giant Ford recently revealed that it was using virtual reality technology to make pivotal design adjustments to its vehicles. In the past, the company would have had to build a physical prototype of a vehicle to see how a change in design would affect its functionality. Now they can simply alter the virtual representation in real-time, and then experience the vehicle as a customer would, all before having actually built it.

This ability to create virtual prototypes is perhaps where virtual reality is likely to make the most difference in the world of manufacturing. Rather than spending time and money building prototype after prototype, manufacturers and designers can create one in a virtual reality environment and make adjustments in a fraction of the time. These "virtual prototypes" can even be sent instantly to collaborators or investors for further adjustments and feedback. 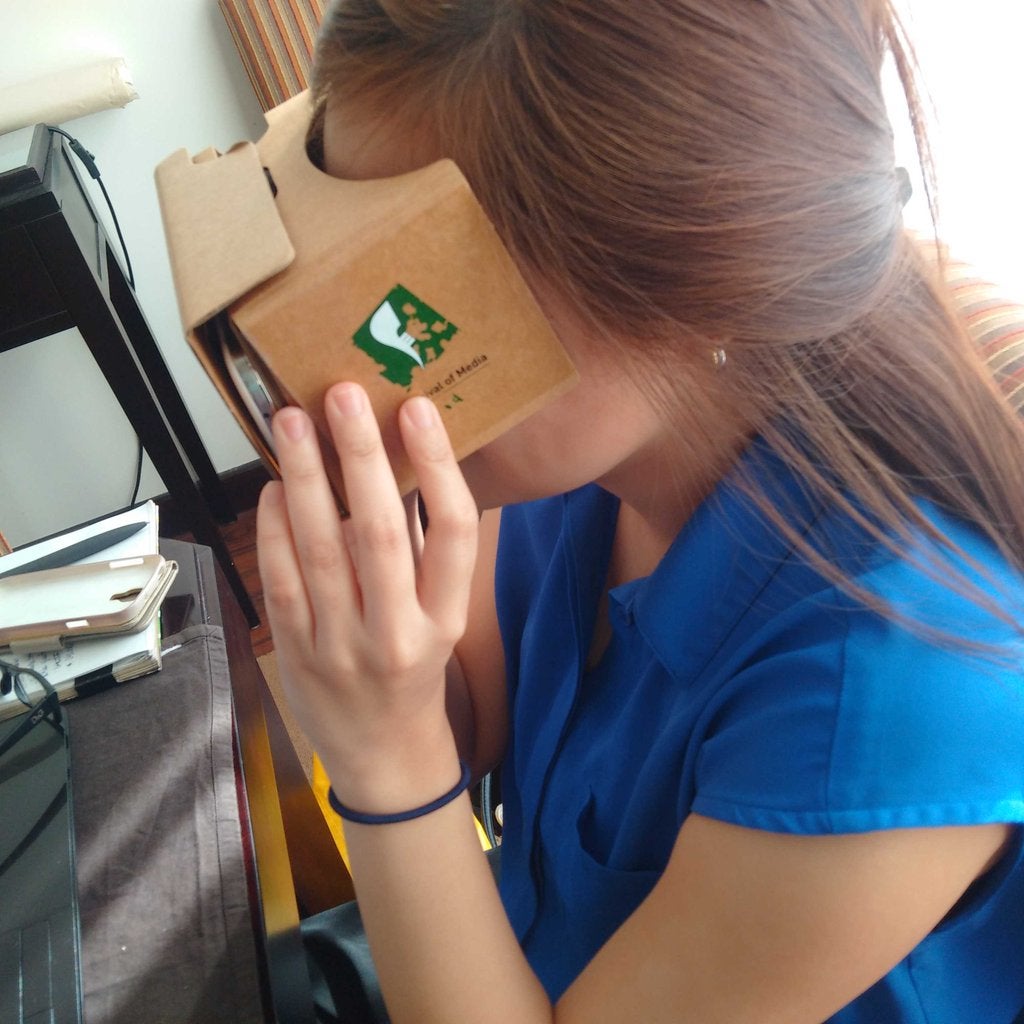 The healthcare market will no doubt be revolutionized by virtual reality, with an almost limitless array of practical applications. Some early adopters are already using the technology to construct 3D models of a patient's anatomy from diagnostic images from CAT scans and ultrasound. Being able to interact with virtual models in this way allows surgeons to make decisions on the safest way to operate, as well as letting them practice difficult procedures in advance.

Other examples include opportunities for virtual reality to be used in rehabilitating stroke and brain injury victims through immersive programs designed to help patients regain motor and cognitive functions, at a fraction of the cost of physical therapy. There's also evidence to suggest that virtual reality has a future in the arena of mental health, helping to assist sufferers of chronic stress, post-traumatic stress syndrome (PTSD), anxiety and phobias. According to a study published in the American Journal of Psychiatry in 2014, virtual reality exposure therapy as part of a treatment plan helped to significantly improve symptoms of PTSD.

And of course the biggie: gaming. Having led the way in the early development of the technology, we can expect the gaming industry to see an almost complete makeover of sorts on account of virtual reality. It's largely agreed that the VR gaming experience of the 1990s simply wasn't up to scratch: hardware was cumbersome, and the fairly "primitive" technology was viewed as more of a gimmick than a truly immersive experience. The virtual reality world of 2016 is a whole different one, however, and as the technology becomes more seamless, realistic, and accessible, it is gaming companies who are going to see the biggest successes.

The key difference in modern virtual reality gaming is that this time it is not simply trying to improve upon existing platforms, but rather it is offering an entirely new gaming experience. The stunning visuals of new VR titles such as EYE Valkyrie, which puts the user in the cockpit of a fighter jet, and ADR1FT, which shoots gamers miles above the earth in a failing spacesuit, are making the gaming industry as a whole sit up and take notice.

Gamers, are you drooling yet?

Clearly, we are at the beginning phase of the virtual reality push, and no doubt have only begun to tap the enormous potential. The above four sector examples are literally just a tiny sample of the opportunities out there, and we can expect this technology to affect just about every aspect of our working and private lives.

Because of its open-source nature, there are literally thousands of potential entry points for tech-savvy entrepreneurs. Naturally there will be plenty of trial and error as new applications hit the market and consumers get used to what is likely to be a rapidly evolving technology, but those who persevere will be part of a technology revolution with unlimited rewards.

Related: The Five Stages Of Your Business Lifecycle: Which Phase Are You In?