In a recent speech to Alibaba's employees, its billionaire founder Jack Ma said, "I think it is a huge blessing that we can work 996." He emphasized that working from 9am to 9 pm, six days a week (hence, 996) is key to achieve success in China's tech industry.

"If you want to work for Alibaba, you should be prepared to work 12 hours per day," he said, according to a post on Alibaba's WeChat account.

In a world busy debating about how to strike work-life balance, Ma's words have not been well received, especially on social media. 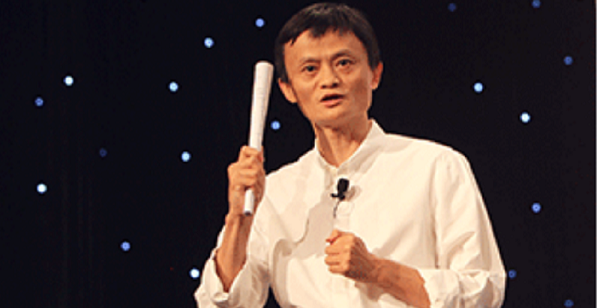 A commentator on the post said, "The bosses do 996 because they're working for themselves and their wealth is growing. We work 996 because we're exploited without overtime compensation."

The Choices We Make

To clarify his comments, Ma, a former English teacher who co-founded Alibaba in 1999, wrote a follow-up post on his personal Weibo account, saying, "Any company should not, and cannot, force employees to keep a 996 work schedule. Alibaba has always advocated, living your life with gusto and being happy at work. But young people, themselves, must understand that happiness is a struggle! Not defending 996, but do pay tribute to the fighters!"

China's overwork culture is well known. It became a talking point only three years ago after the sudden death of Zhang Rui, a 40-something founder of a health app start-up, from a heart attack. Media reports blamed his working-late routine for death.

A survey by China's Wuhan University of Science and Technology shows that more than 80 per cent of Chinese employees are overworked and under mental and physical stress at an average or higher level. Almost 13 per cent of them work more than 10 hours of overtime a week, and often work 47.56 hours a week, higher than the national standard working hours of 40 hours a week, according to the data.

Technology has blurred the definition of working hours. Even after leaving office, we are working in some way, taking phone calls or checking emails. In the hope of seeking a work-life balance, last month a group of tech workers started an online project on Github, the code-sharing site of Microsoft.

Certainly, glancing at the glowing screen has become a habit of sorts. We tend to feel better not having a full inbox when we log on in the morning and assume work to be less by responding to that one mail in the middle of the night. But all this results in health problems like blood pressure, diabetes and heart problems, and sometimes even burnout.

A 2015 study, published in the journal The Lancet, said people who worked for over 55 hours every week were at an increased risk of stroke and coronary heart disease, compared with those who worked 35-40 hours.

Mental health gets affected too. A recent study published in the Journal of Epidemiology And Community Health, says working more than 55 hours per week is associated with a heightened risk for developing depression, especially if you're a woman. Working weekends is bad news for mental health, no matter the gender.

When Ma, an idol to millions across the world, says, "Those who can stick to a 996 schedule are those who have found their passion beyond monetary gains," the struggle to seek a healthy work-life balance becomes a bit more difficult.

Get a prize-paying brain teaser now.