This Insurance Company Wants to Be the Amazon of the Industry

When Martijn De Jong moved into the insurance industry with the responsibility to digitize products and offerings, he sat in a room, wrote down the word "protection" and thought of everything that can be possibly related to the word. From family, children, health to job, Jong found himself writing about everything that he needs to protect. That's how he found his way into the insurance industry as the Chief Digital Officer of Aegon Life Insurance, India. But that thought process also shows that most of his work is directed towards understanding what the user wants, to drive better customer experience.

As we sat down for a cup of coffee in the capital, Jong fondly remembered the days he spent in Delhi when he had taken a sabbatical from work. "I remember travelling to Leh, Ladakh, Manali from here," he said with a smile.

Insurance is moving at a fast pace

As we talk business, Jong first clears a myth. Contrary to the belief that insurance has a sleepish pace, the industry is now believed to be on its toes, working on various products and initiatives. "Most of the deals in the industry used to happen through agencies and banks. But a major change we are trying to bring about is to shift from a B2B2C model to a direct consumer model. This is being done by selling insurance through websites and partners or aggregators. That way, one can have full control over the quality of insurance and we get to know our customers," said Jong.

Future of Insurance is through E-Commerce

InsurTech, as a subsidiary of fintech, is rapidly finding its foothold in the industry. Jong also talks about how they are collaborating with start-ups. "We are increasingly looking at start-ups for distribution and even online wealth advisory firms. Partnerships are the way forward for distribution. It would not be illogical to assume that insurance will be sold through e-commerce players," said Jong and added, "As a company, we are striving to be the next Amazon of this industry."

Jong even shared a case study of how the insurance and ecommerce segment works well by citing the example of Zhong An – a complete online insurance platform based out of China by Ping An, Tencent and Alibaba. "They have over 400 million customers and have sold 6 billion pieces. Their market value is said to be 10 billion dollars," he said. 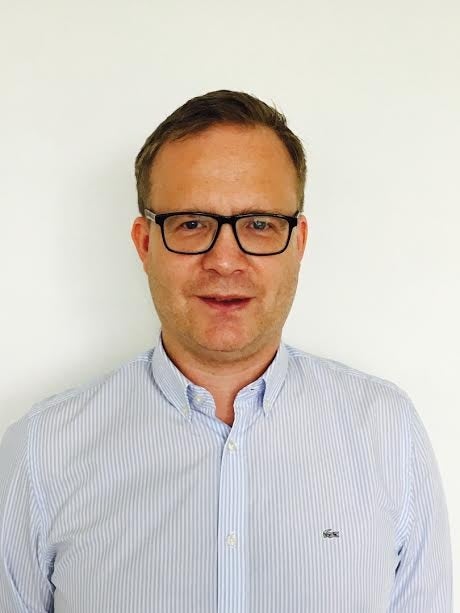 The world is looking at Fintech in India

Jong officially moved to India over a year ago to join Aegon Life Insurance. Since then, he has been hustling along with his team to innovate for insurance. The timing too is right according to him. "Fintech and Insurtech is rightfully getting worldwide attention. Technology is coming up at a fast rate to serve a purpose – make way for a better customer experience," he said.

Jong, who said that he's still learning on the job, comes from a background of heading digital initiatives in telecom. "When I moved to Aegon, I travelled to their global offices to learn quickly. There's a lot of disruption coming in this field. India has the capability to be the next fintech and insurtech hub. The level of sophistication and drive is much higher in the fintech start-ups of India," he said. In his personal capacity, he is also a mentor to many startups in India.

Artificial Intelligence has a big role to play in this, to understand the behavioural patterns of a customer as well as identify him/her. Jong spoke about how they are investing a lot into analytics. "We are constantly looking into the digital analytics, so that we can bring the right product to the right customer. Currently, most of our site visitors are within the age group of 25-35 and 78 per cent of them are male and from Tier I cities. The focus is on products, distribution and customer experience," he said.

In order to create the purchase experience of a customer better, they are looking at involving Aadhar in the verification process, where they can extract data from their information to auto fill forms. "This is where Artificial Intelligence and Machine Learning are being used heavily. We currently have 22 AI projects being tested around the world, two pilot projects being in India. We are thinking about products that are dynamic. For example, with IoT we can predict someone's lifestyle and give them a better deal accordingly," said Jong.

The idea of taking up insurance has still not developed in all corners of India. "India's under insured percentage is 92 per cent that is the highest in all of Asia. Our key focus is to bridge that massive gap," said Jong. He went on to add that their online payout ratio is 99.5 per cent while the persistency rate on their website is over 90 per cent.

Talking about India can work towards bridging that gap, Jong said, "It's a step by step process, we are still trying to perfectionise the Tier I cities. Tier III cities still might need an in-person interaction, so we are looking at assisted e-commerce. Insurance is a multiple transformation industry. We are looking at being the leading digital insurance company because we are not tied down to a secondary interest – there's no bank, no agency," he said.