In 1946, when India was on the verge of getting independence from the British Raj, the visionary leader, BM Birla thought of making the nation independent in its commercial affairs as well.

Immediately after independence, when public and private companies in India were dependent on the imported bearings from foreign countries, the CK Birla Group led the revolution of "Make in India', and incorporated India's first bearing manufacturing company NBC Bearings.

"At that time, there was a call for self-reliance. India had no manufacturing of bearings, and everything was imported mainly from US and UK. It was Mr. Birla who thought we should have this manufacturing and technology within India," recalls Rohit Saboo, the President and CEO of NBC Bearings.

The young and dynamic CEO Saboo embarked on the journey of establishing NBC Bearings as the top bearing manufacturer in India, at any early age. The ladder of milestones was not at all as easy as it looked, but Saboo's leadership skill made his journey seamless, and the NBC Bearings steadily topped the charts to be the largest distributor in the automotive industry.

Remembering his long journey for over two decades at NBC Bearings, Saboo explained Entrepreneur India how the company went through every milestone from developing a bearings market in India to now be on the space odyssey with India Space Research Organization (ISRO).

From Indian Railways to ISRO

The journey from manufacturing bearings for automotive industry to be in outer space is not everyone's privilege, especially auto component makers. But CK Birla's National Engineering Industries Ltd, which makes bearings under the NBC brand, made it possible by associating itself with the Indian Space Research Organisation (ISRO) to supply parts for shuttles or rockets. 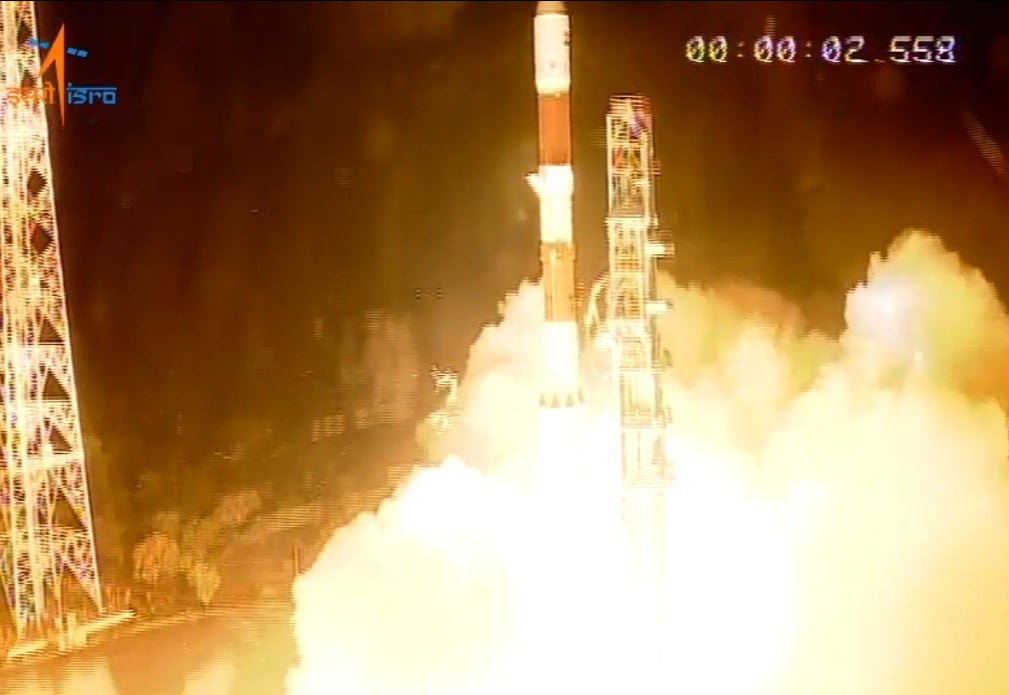 "It's in our DNA to develop and innovate," said Saboo while giving us the key highlights of its association with big clients like Indian Railways, Delhi Metro Rail Corporation (DMRC), Hero Motorcorp, Maruti Suzuki etc. Talking about how company got such big clients on board, Saboo replied, "Whether it's Hero Motorcorp or Indian Railways, we always give equal importance to our clients. We have a very important tagline to our logo that is flexible solution, which states that we understand our clients, we discuss with them about the need of the product and we deliver to them according to their needs."

Saboo added that the customer satisfaction stands out the company in the market.

From ball bearings to new gen bearings, the company manufactures a range of products. Currently, NBC Bearings has its global presence in five continents.

Having spent decades in the automotive industry, NBC Bearings has successfully cemented an incredible position in the market. With years of experience, the company has understood how dynamically the market revolves and what are the industry demands and expectations for bearings. Marking the stark changes Saboo had seen in the industry under his tenure, he said, "Before 1994, the market was a complete sellers' market. When gradually India opened its economy and welcomes other players, then the competition got intense."

"There was a lot of pressure on pricing and everything else because the customers had many options," added Saboo.

When asked how he survived the competition, he said, "We had to really improve our quality of products, and the response to customers."

"Since then, we have become very customer centric and quality conscious as this is how you survive and be on the top of the market," told Saboo.

Having started with 30,000 bearings in 19 sizes in 1946, NEI has evolved to manufacture over 100 million bearings each year in more than 1000 sizes to serve a host of varied customers across India and 21 other countries.

"There is a huge development and improvement in the technology in manufacturing, whether it's wheel requirement or anything else. I remember we used to develop a bearing in 200-250 days, now we are manufacturing it in the 90 days with the help of advanced technologies," said Saboo.

The company is also in the process of manufacturing bearings for the electric vehicles in the market, which is still an emerging trend in the automobile sector.

Digitization – A Path to Go Global

Doubling the company's turnover is high on agenda for the next five years, said Saboo. The company is also in the process to mark its entry into the digital space.

When Saboo was asked how can Small and medium businesses can go global, he underscored that the digitization is the path to go global for Indian MSMEs.