'We tend to bloat up the founder-CEO dynamics'

Today there is a lot of chatter around entrepreneurs slowing investors and other executives take over top posts at startups. This has happened post crucial management changes at startups big wigs like Zivame and Flipkart.

CEO Saran Chatterjee, who isn't an entrepreneur by designation, has been the face of on-demand home services company Housejoy since September 2015. Having come with years of experience at both, a startup like Flipkart and a global MNC like Yahoo!, Entrepreneur India asked Saran what made him take up the herculean task of running a startup.

I was very passionate about the on-demand services domain and felt that there is a huge opportunity in India. I was generally following the sector and knew some of investors, hence it made a good match, Saran said. 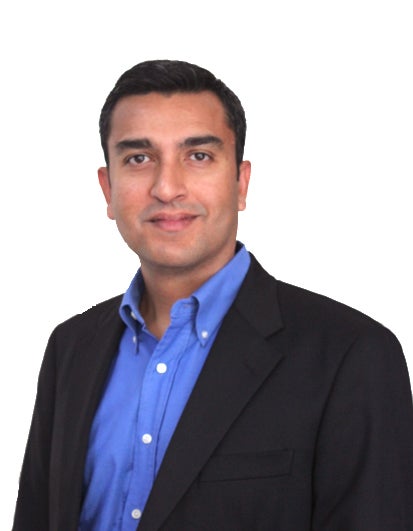 Talking about his equation with founders Sunil Goel and Arjun Kumar, Saran said it's all about having the right expectations, clarity of roles and responsibilities and working model in place.

"We tend to bloat up the founder-CEO dynamics. That happens everywhere, it's just that we don't talk about it. ..I would say that any formal disagreements are very common. If you are passionate about a space and about solving a problem then there are different ways to get there," he added.

Dealing with the dynamics of the ecosystem

At Housejoy, Saran has seen a glimpse of highs and lows of the ecosystem within a short period. While 2015 took off on a good note, 2016 witnessed a lull in the funding environment which had a negative impact on the sector.

Talking about 2016 Saran said, "First and foremost, if you've signed up to a startup you've essentially signed up for the turbulent ride. That's why it's called a startup, it's not an established, large company. People will the right attitude and right mindset will not get bothered because they've signed up for it!"

People coming with different expectations overtime get into a state of ambiguity and over time leave this space, he adds.

"I introduce myself as the founder'

While Saran today is the face of Housejoy, he says that he often introduces himself as a "founder' to the industry. "What is founding? There is founding and then there is emerging. We haven't emerged at any stretch of imagination. We are still trying to demonstrate how this model is working and that it really scale up.. Till that happens, almost everybody here is a founder! We are all part of the founding team," he said.

Saran joined Housejoy a year after it was founded and said that post joining, he considered himself to be a co-founder.

Housejoy is gearing up for expansion, into more cities and services with a focus on customer experience. "We want to be the one-stop destination for high quality home & personal services for consumers, our primary focus being truly delighting the customer with our wide array of high-quality services across India," Saran said.