In an exclusive chat with the bestselling author Jeffrey Archer who has been in the industry for over four decades now, published more than 35 novels and sold many millions copy

"In the end, it all comes down to how you cope with the unforeseen," wrote Lord Jeffrey Howard Archer in his book "The Sins of the Father', the second part of Clifton Chronicles. It's one of those rare dialogues that has stayed with me and many for years now! The plot, the words, the character, the thriller, Archer has his way with words, that make you greedy for good content. Archer's writing leaves you wanting for more. He is among those whose name needs no introduction to add shine to his demeanour.

In an exclusive chat with the bestselling author who has been in the industry for over four decades now, published more than 35 novels and sold many millions copy.

Talking about his latest, "Nothing Ventured' that has been creating a buzz in the town we asked him how he decided to write a new series. "William Warwick was the eponymous fictional hero of Harry Clifton's novels in The Clifton Chronicles, and I received several requests from readers wanting to know more about the character, so that inspired me to make him the hero of his own series!" he said. Those who have read already know what the story is about and those who haven't, listen to the story in the maker's word, "It's a story about a detective, not a detective story, though there will be lots of twists and turns throughout the series, as William rises through the ranks of the Metropolitan Police."

The End To New Beginning

Being an author wasn't always his plan, in the mid of 1970s, Archer was staring at bankruptcy. It was just a bad investment decision, he had to find a job. That's when he decided to try his hands in writing. It was then when he wrote his first thriller, Not A Penny More, Not A Penny Less in 1976. Four decades later, the saga of him being one of the most celebrated and bestselling authors continues. They meet only once, and it changes their whole life," he says. Isn't it something amazing about him, all he needs is 31 words to tell a complete story? 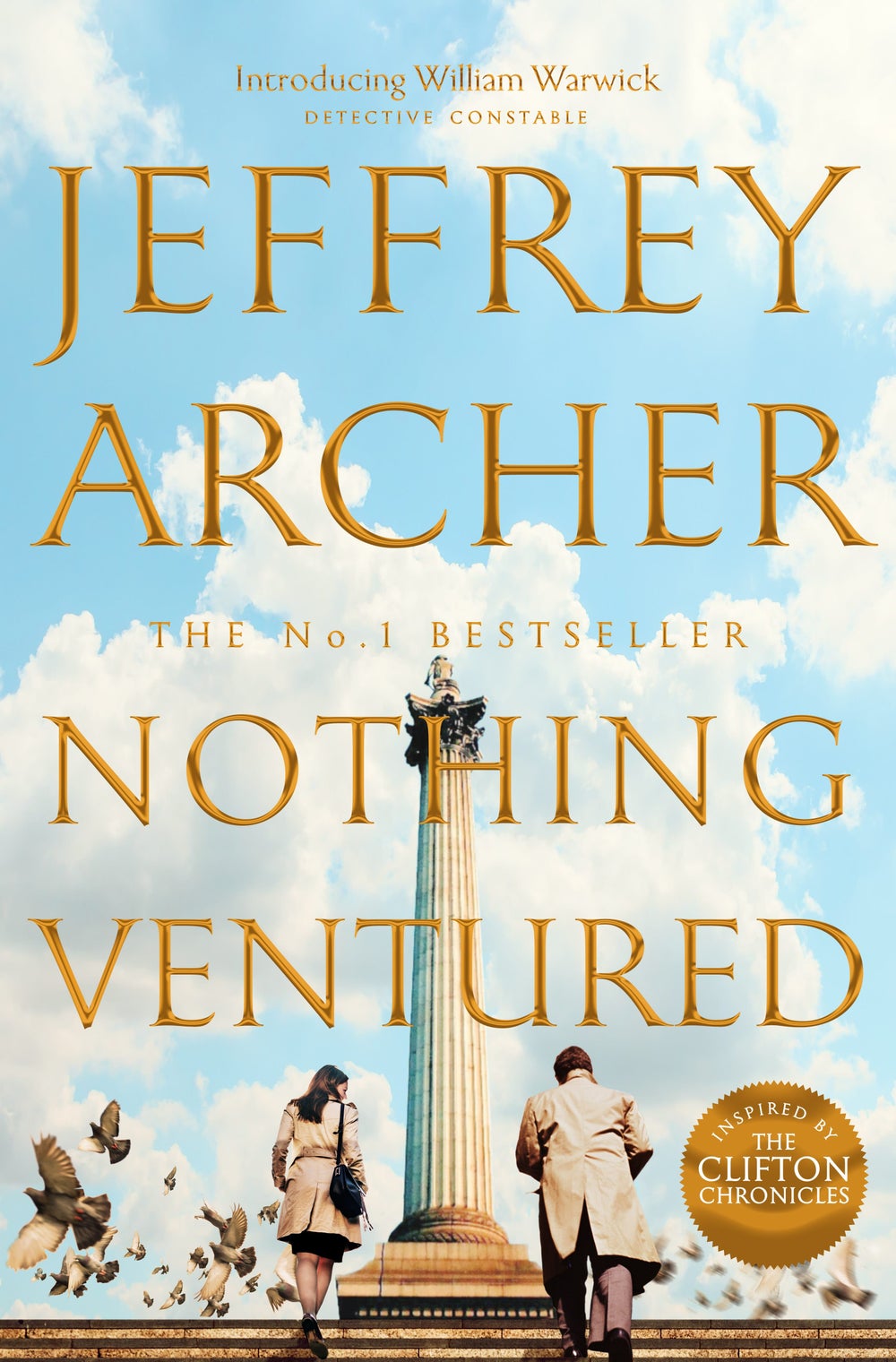 A millionaire, a best-selling author, politician, part-time auctioneer, philanthropist, as well as a socialite, Archer dons many hats but is most thankful for being a best-selling author. To give us the best story, he spends thousands of hours to complete his first draft. "I go to my home in Mallorca to write, where I can be guaranteed not to have any interruptions to my routine. I'll write from 6-8 am, have breakfast, then write again from 10-12, go for a walk, then lunch, back to my study for 2-4, then have a break where I might read or catch up with the news or sport, and my final session is 6-8 pm, after which I'll have dinner and relax by watching a film or drama," he describes. With a readership across various age groups, Archer believes if one can tell a good story, it doesn't matter what age the reader is.

is fortunate to have escaped from the writer's block. When stuck on a particular scene, he just takes a walk and inhales fresh air. Responding to technology's impact on the traditional book industry, he said, "There will always be a place for the novel. Bookshops seem to be more popular than ever in the UK." Talking about the literature content being dumped down and an intense topic of debate, Archer presented his perspective and said, "Not at all.

There have been some brilliant novels published over the last year. I particularly enjoyed A Gentleman in Moscow by Amor Towles." India has its way of making people remember it, just imagine when someone comes up to you to sell a copy of your own book on the street? Talking about one such moment he said, "I'll never forget being in a taxi from the airport into Mumbai, and having stopped at traffic lights, a young boy selling paperbacks knocked on the window and said, "Want to buy the latest Jeffrey Archer?' I replied, "I am the latest Jeffrey Archer!'" 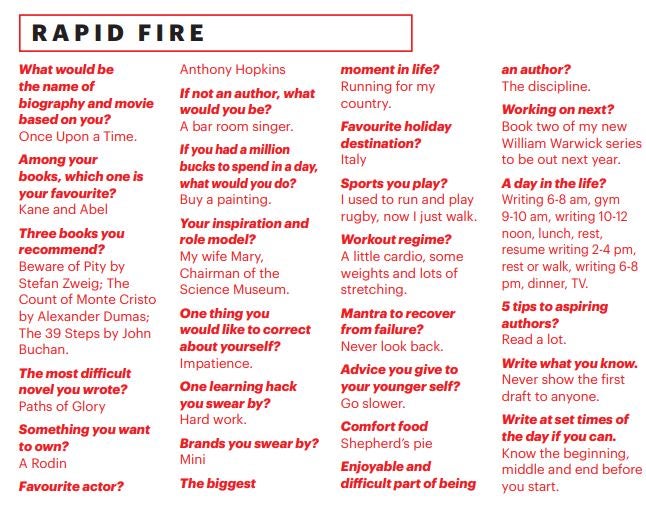